Belen Perez holds a Republican flag near the Valle de los Caidos (The Valley of the Fallen), the state mausoleum where late Spanish dictator Francisco Franco is buried, in Peguerinos, near Madrid, Spain, October 24, 2019. | JON NAZCA

Cries of "Long live Franco!" accompanied the coffin of Francisco Franco today as Spain removed the remains of its former dictator from the state mausoleum where he was buried in 1975.

His exhumation and reburial is the most significant move in years by Spanish authorities to lay the ghost of the general whose legacy still divides the country he dominated for nearly four decades.

The ruling Socialist Party, which faces a national election next month, has long sought to move Franco's remains from the huge monument, built on his orders and containing the remains of combatants from both sides of the 1936-39 civil war.

As crowds of media and onlookers gathered outside, Franco's coffin was extracted from its tomb in the Valley of the Fallen in a ceremony witnessed only by relatives and a small group of officials. 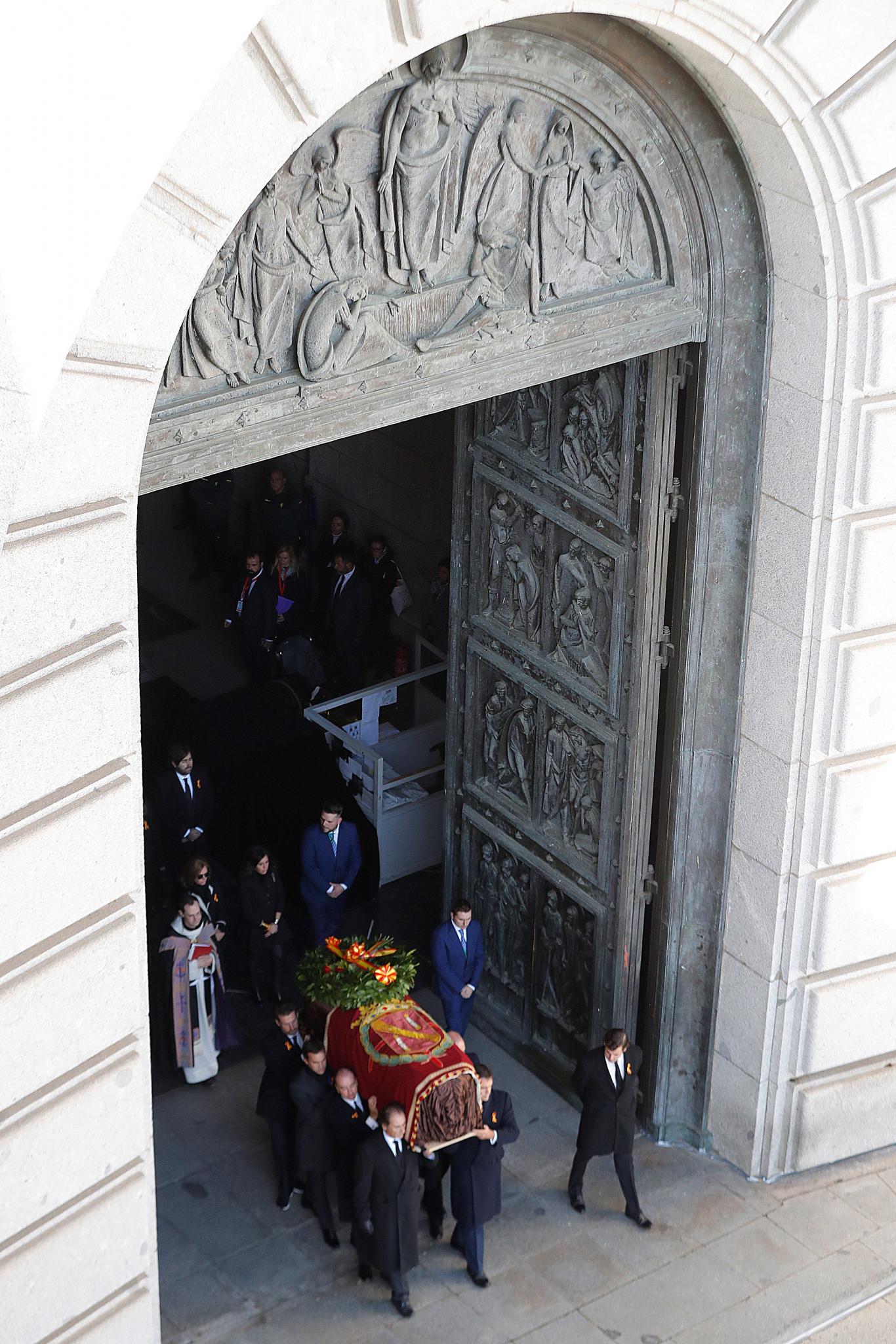 The coffin was carried to a waiting hearse and then transferred to a helicopter for the short fight to a private family vault in the Mingorrubio cemetery north of Madrid, where Franco will be reburied next to his wife.

Members of his family had sought a court order to try to prevent the exhumation.
The reburial "should make us reflect on what it means for our country's own image and for democracy," said acting Deputy Prime Minister Carmen Calvo.

"Young people should understand that we can never again be without democracy."

Around 500,000 people were killed in the war between Franco's nationalist rebels, backed by Hitler and Mussolini, and left-wing Republicans. Franco then ruled Spain as an autocrat until his death.

The exhumation is "intensely symbolic for Spain", said political scientist Pablo Simon, "because the (Franco) monument has always been connected to those who miss the old regime".

MEDIA BLACKOUT
Seeking to play down its repercussions, the government had enforced a media blackout and forbidden Franco's family from draping his coffin in the Spanish flag.

But in a gesture of solidarity with his ancestor, his eldest grandson and namesake Francisco Franco carried a Franco-era nationalist flag into the valley mausoleum, Reuters TV footage showed, for a ceremony that highlighted deep political and social divisions. 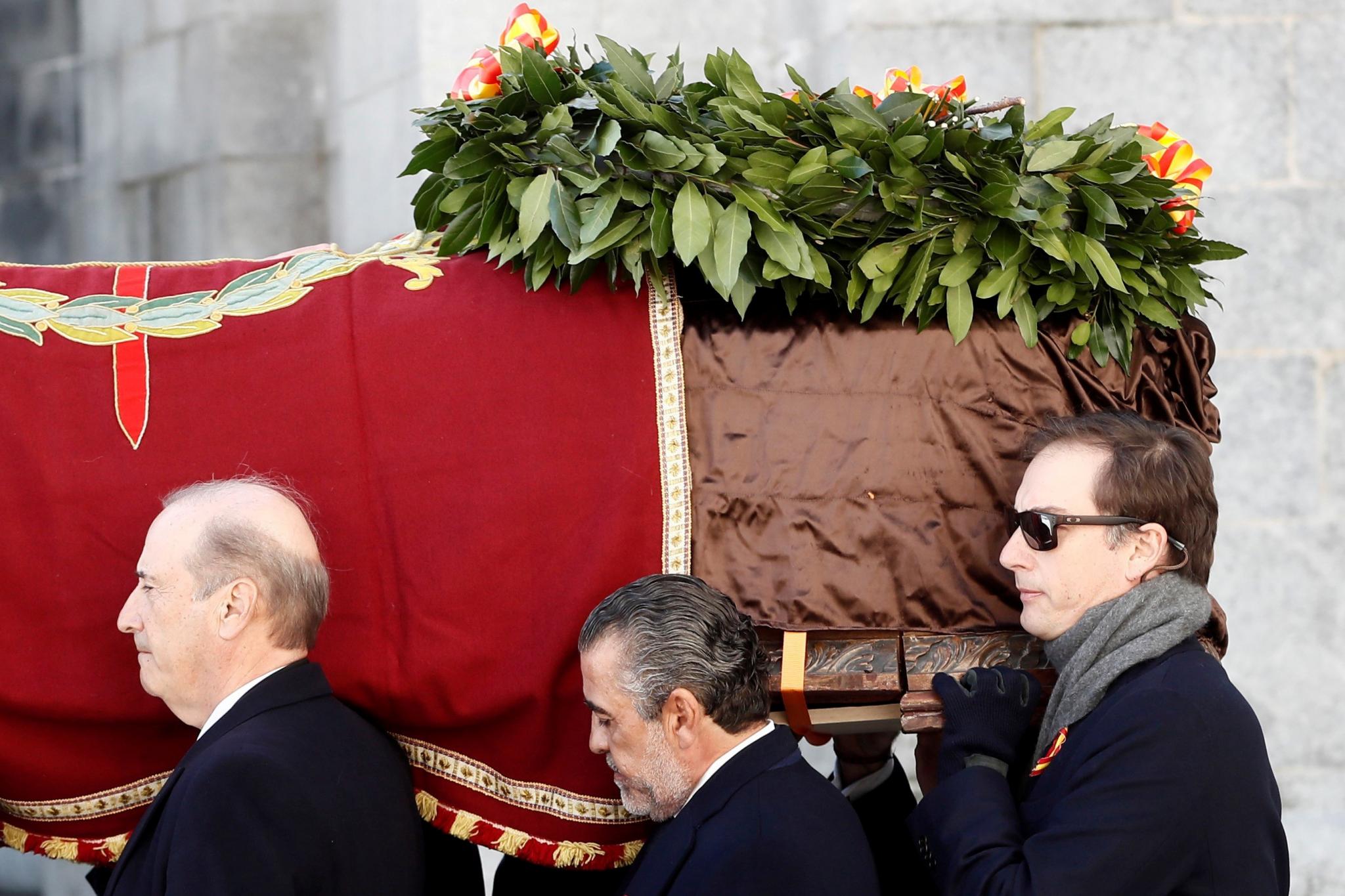 In a Reuters interview yesterday, Francisco Franco had accused the government of engineering the exhumation "as propaganda and political publicity to win a handful of votes before an election".

Albert Rivera, whose centre-right Ciudadanos party abstained in the parliamentary vote to ratify the coffin's transfer, said today that almost two-thirds of Spaniards had not lived or suffered under Franco.

"The bones of a dictator who died 44 years ago should not be a government's priority in my opinion. The only silver lining is that (acting Socialist Prime Minister) Pedro Sanchez will stop talking about Franco's bones," he said.

But the dictator's burial alongside his victims has long raised critical questions among historians and campaigners, including 93-year-old Nicolas Sanchez-Albornoz.

"It was time (to move him). It was overdue," said Sanchez-Albornoz, who as a prisoner of Franco's Fascist regime was forced to help build the Valley of the Fallen. 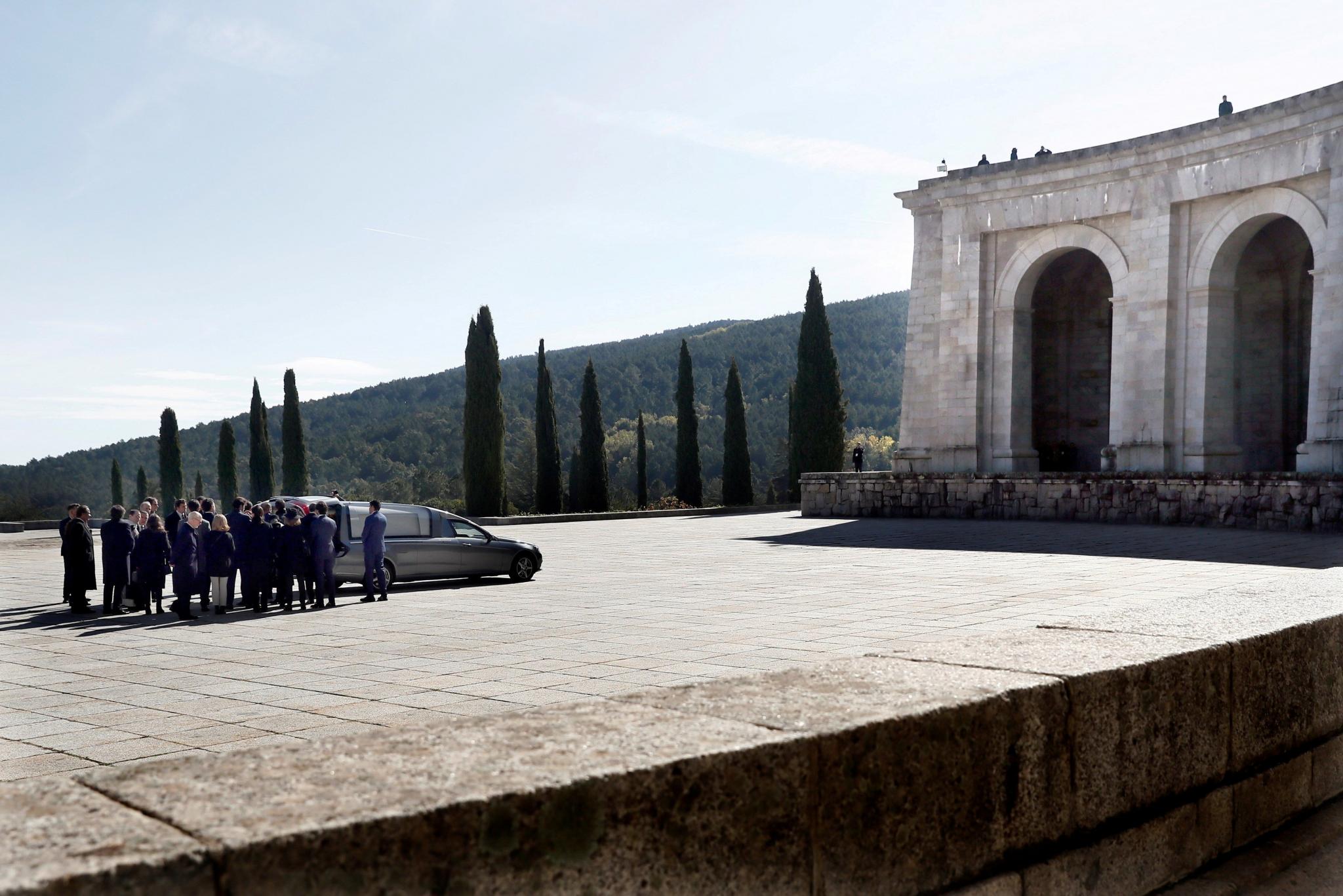 "We've waited many decades for (him) to disappear from this monument, which ... was the shame of Spain. All the dictators of Franco's ilk have vanished from Europe -- Hitler, Mussolini -- and were not honoured with such tombs," he told Reuters.

The photograph is an insult to law abiding people.