A yellow alert for Majorca is still in place and more very strong winds are forecast across the island. 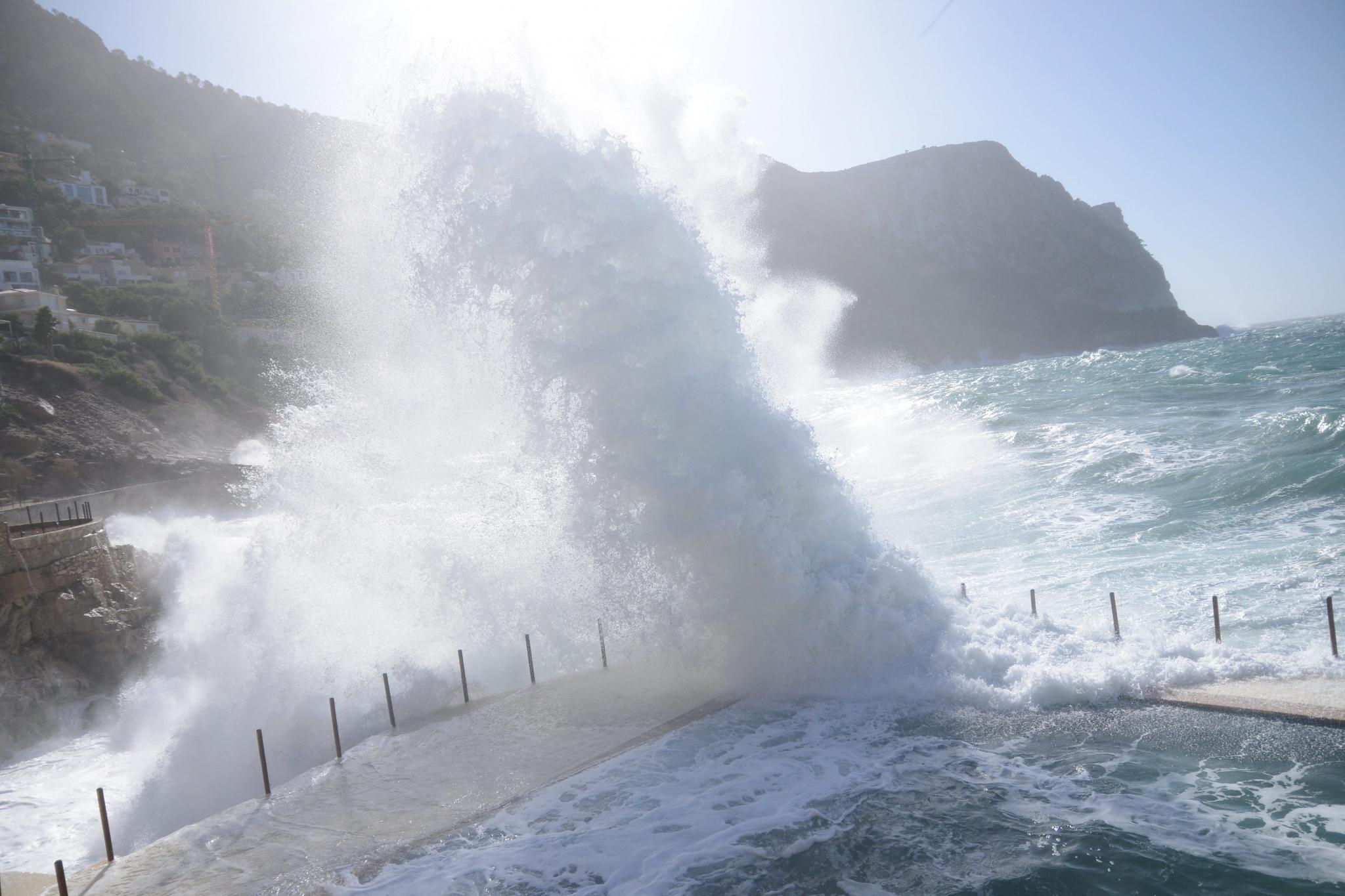 Palma was battered by winds gusting at 110 kilometres an hour, heavy rain and rough seas at the weekend. Trees were brought down, there?s a trail of damage throughout the island and one of trees on the promenade in front of the Palacio de Congresos was split right down the middle.

Gale force 7, west and southwesterly winds are predicted to sweep across Majorca throughout today and seas will continue to be rough with waves of up to 3 metres expected in coastal areas.

Palma, Sóller and Andratx bore the brunt of the storm yesterday, with winds gusting at 80 kilometres an hour leaving a trail of destruction and rough seas casting up waves more than 4 metres high. 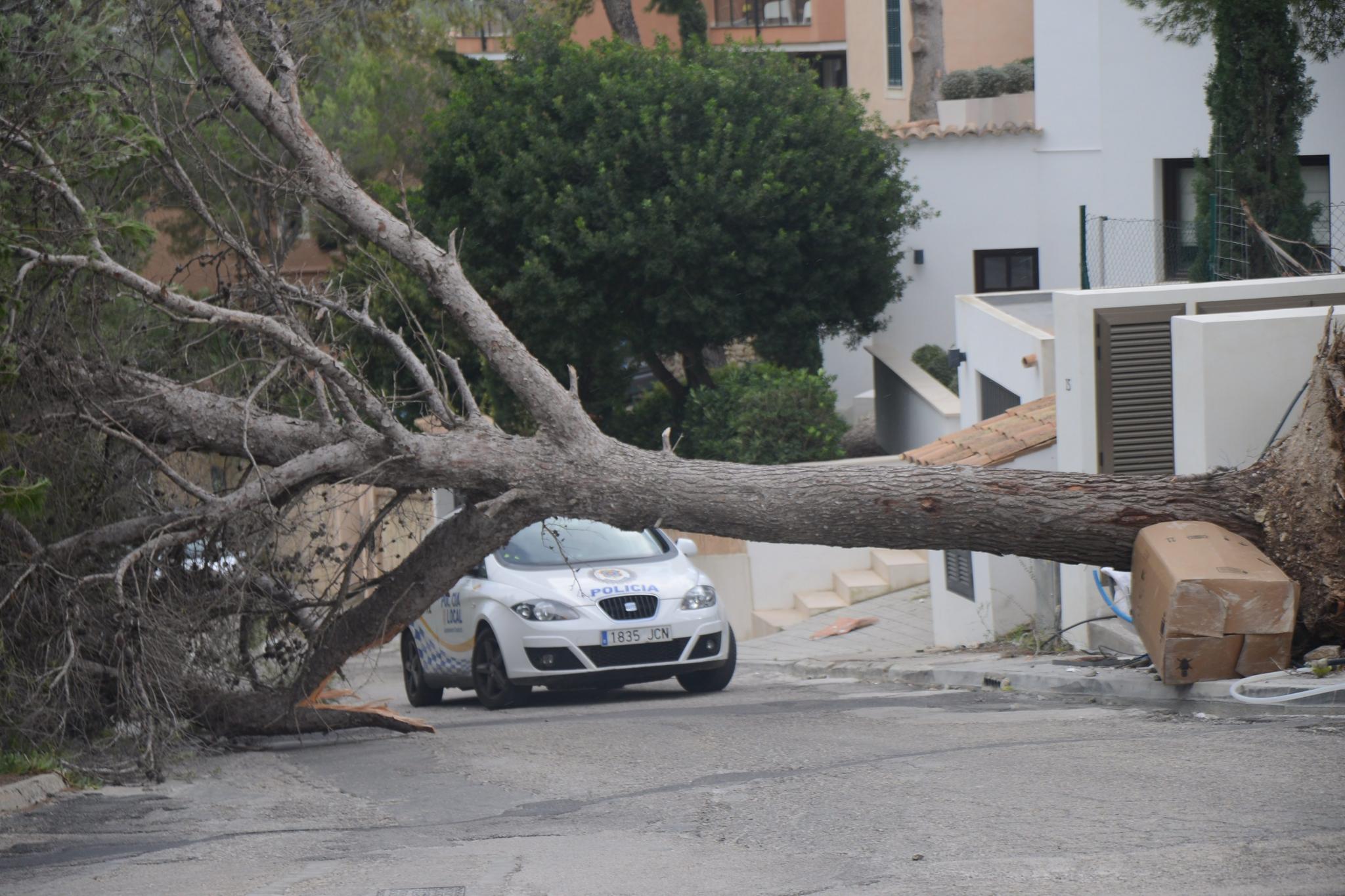 The Emergency Services dealt with 126 incidents in the Balearic Islands, 117 in Majorca, 5 in Ibiza, 3 in Minorca and one in Formentera.

Here in Majorca at least 19 incidents were recorded in Calvià; 14 in Llucmajor; 8 in Andratx; 6 in Manacor and 4 in Sóller, mostly due to falling trees.

In Andratx, strong waves cast boats adrift causing them to crash against the rocks and others were left stranded at sea. Numerous tees were blown down leaving branches all over the streets and the beach bar at Cala Fonoll was completely destroyed.

Elsewhere, emergency teams had to contact the owners of a boat that was stranded on Brisar beach, next to the port; in the Mon Port urbanisation, scaffolding on the front of building came close to falling into the road and in Camp de Mar a tree fell over in Calle Gardenia. 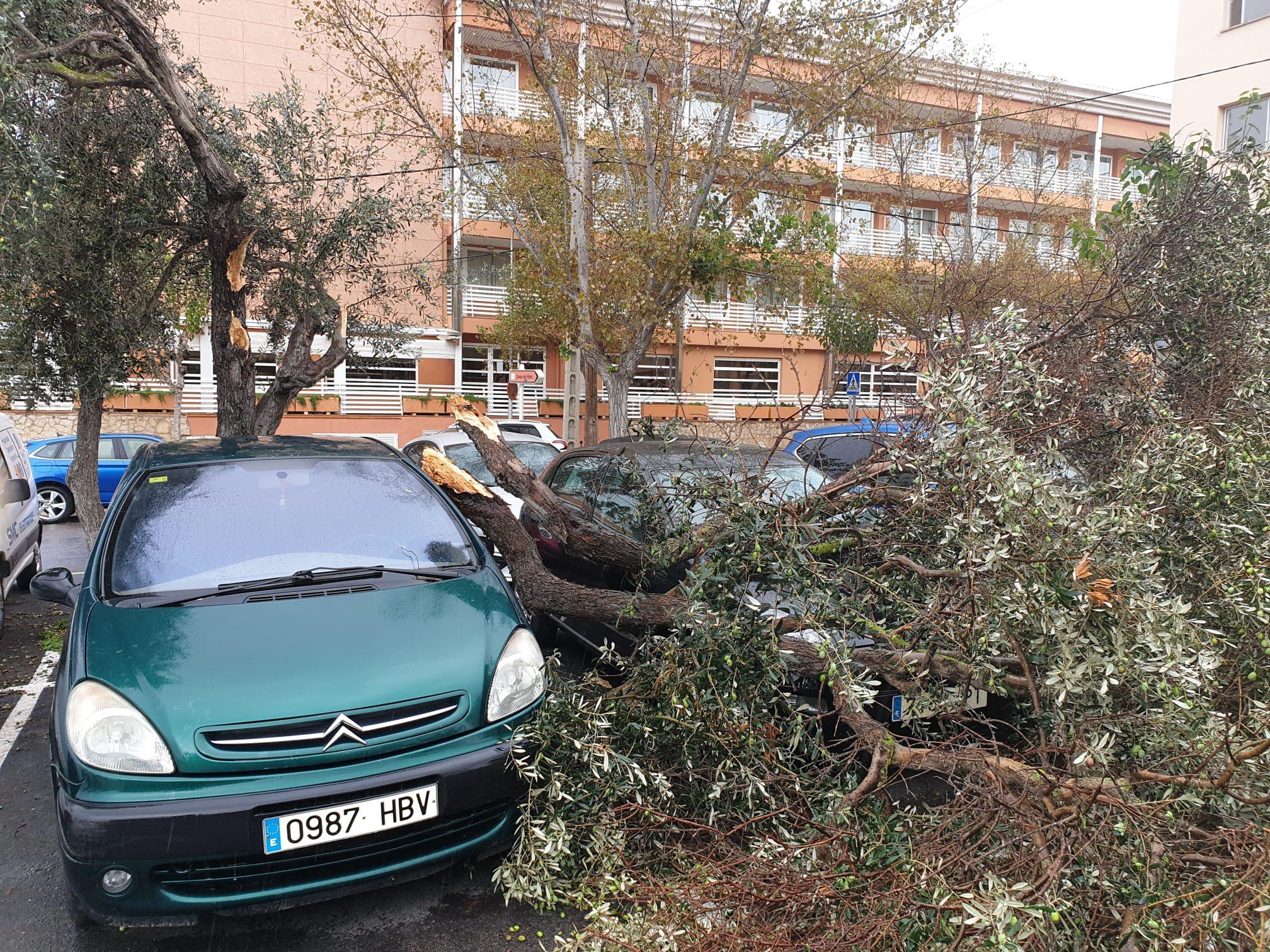 In Sóller, three young people had a very lucky escape. They lost control of their boat when high winds started dragging it towards the shore at speed, but they all managed to get out without being injured.

An orange alert was activated in the morning due to rough seas and high waves in the bay of Palma and a yellow alert was in place in the rest Majorca. The yellow alert continues in the South and Llevant areas of Majorca for today.

•You can now see the best direct images of the island through the Majorca Daily Bulletin.