The violent thunderstorms overnight in Majorca caused severe flooding across the island and lightning strikes have knocked out power in several areas.

Torrential rain left 191 litres of water per square metre in Sóller; 109 litres in Sencelles; 90.5 litres in es Port des Canonge; and 70.5 liters in Montuïri and the resulting road closures are causing havoc for drivers.

According to the latest information from Selva town hall, the Can Tabou has burst its banks flooding the Camí Vell de Selva pass to Campanet; Els Camins de Son Perellonet is also cut off, a tree has fallen across the road between Camí Vell de Selva and Lloseta and there?s no access to the motorway at Moscari.

The 112 emergency service dealt with 102 incidents overnight and 92 of them were in Majorca. 39 for flooded roads, 21 for waterlogged basements and other premises and 10 call outs were for fallen trees.

It was a very busy night for Majorca?s firefighters too who were deployed to deal with overflowing rivers, blocked roads, power cuts and lightning strikes across the island.

In Sóller, Local Police were brought in to support the emergency services as homes and businesses flooded and the Camí de sa Torrentera and Torrentó de Can Creueta bridges are closed. 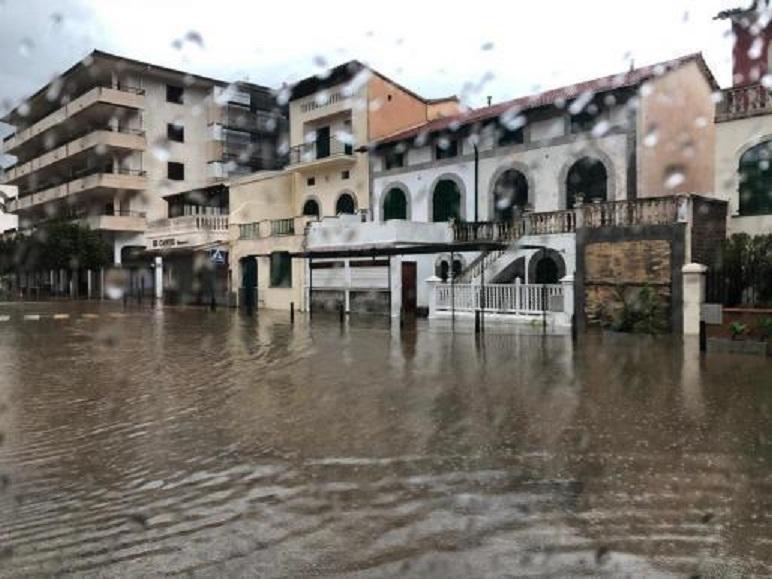 Alerts have also been issued about a number of other rivers which are also overflowing, causing dangerous conditions. 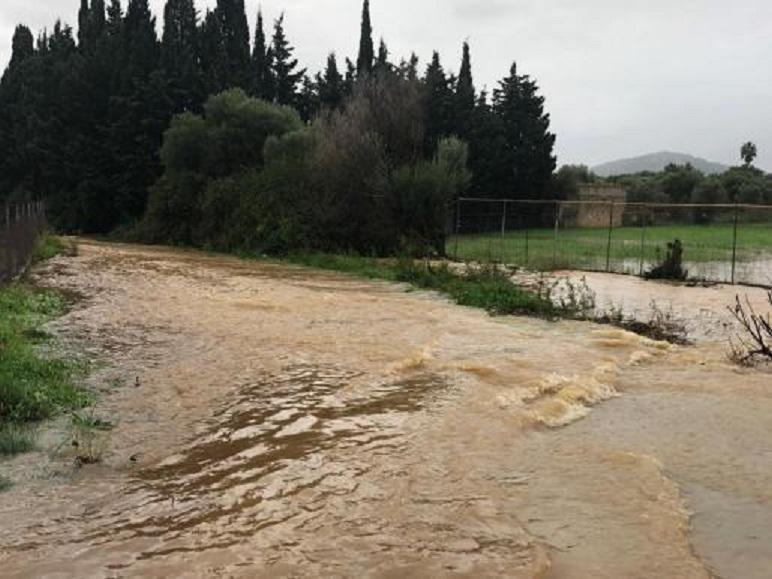 The Solleric river in Consell, the Cantabou river in Campanet, the Garonda de Llucmajor river, the Son Bordils of Santa Maria and Sencelles and the Can Seguí between Sineu and Petra have all burst their banks.

Power cuts have been reported in Pollensa, Sóller, Calvià and Santa Maria.

Severe flooding and debris is causing problems on the Sencelles-Inca road and the Biniamar road in Mancor. The Vell de Muro road is closed at Binissalem because the Son Bordils river is overflowing; there?s restrictions on the MA-3020 between Santa Maria and Biniali and there?s also closures on the MA-3017 between S?Hostalot to Sa Cabana because of debris on the road.

There have been several road accidents in Palma already this morning and Local Police are advising motorists to be cautious.

The railway network across the island has also been affected by the overnight storms with several sections of rail under water causing cancelations and delays.

Mr River, A river can be any large flow of liquid as in "rivers of sweat ran down his back". Ref, the Oxford English dictionary. Stop being so pedantic for goodness sake.

River | over 3 years ago

Dear Journalist, there are no rivers in Majorca... they are what you call torrents or streams. Check your facts first.

Simon | over 3 years ago

Our hearts go out to all our friends in Mallorca, please stay safe and know that we are thinking of you at this difficult time, particularly those in the Soller area. Lots of love from Simon and Karen.