Italians could be jailed for breaking isolation rules

The Italian government has slapped an isolation order on the Lombardy region and 14 other northern provinces in a bid to stop the coronavirus crisis.

The decree restricts the movement of around 16 million people who will only be allowed to leave for strict work, medical or emergency reasons and they could be jailed if they break the rules.

The areas under quarantine are Lombardy; the provinces of Piacenza, Modena, Reggio Emilia, Parma and Rimini in the Emilia-Romagna; Venice, Padua and Trevisto in the Veneto region; Pesaro and Urbino in Marche and Vercelli, Novara, Verbano-Cusio-Ossola, Alessandria and Asti, in Piedmont.

The decree was issued on Sunday night and since then, regions, provinces and municipalities have asked for clarification on how to implement it.

The decree calls for people to avoid moving in or out of the affected territories.

Inhabitants will have free movement within their own restricted areas but will have to provide proof of work or other authentic demands, such as health problems to be able to leave and there is an "absolute ban" on breaking quarantine for anyone who has tested positive for coronavirus.

The blockade does not affect the traffic of goods, which can enter and leave the quarantined territories but carriers can only pick up or deliver goods.

One of the doubts raised by the decree was the way in which such a large area could be controlled and the Prime Minister, Giuseppe Conte, put security forces in charge of it.

The first red zones, eleven small municipalities in Lombardy and Veneto with a total of 55,000 inhabitants, were guarded by the army, but the number of isolated areas is now huge and militarising them is impossible.

The Italian Interior Minister, Luciana Lamorgese, has sent a directive to Government Delegates explaining that controls should be carried out by land, sea and air.

The document states that to move to, or from an area of ​​"reinforced containment” for work or health reasons, a “self-certification document" will be sufficient.

The police will “monitor road access points, collect and analyse the accuracy of the certificates.”

Officers and members of Civil Protection and "Ferrovie dello Stato", will also control the entry and exit points at railway stations, collect certificates and verify the health of travellers by taking their temperature. 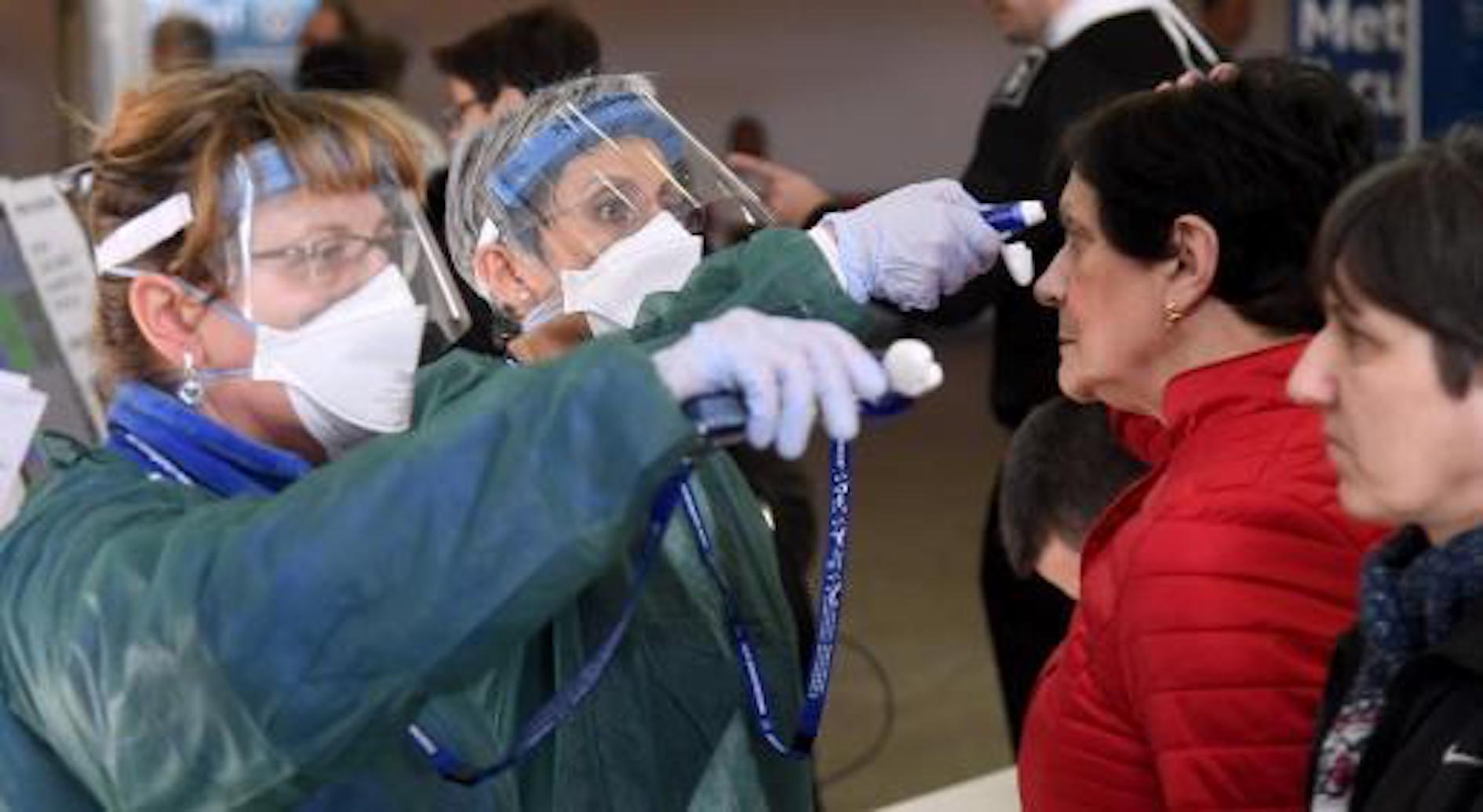 At airports, passengers departing or arriving will be subject to checks and must present their certificates, but those who are only making stopovers will be exempt.

Inhabitants from isolated territories who are returning to the country on an International flight from inside or outside the Schengen zone of Europe will have to provide a certificate and explain why the reasons for their trip.

Identical measures will affect passengers on cruise ships arriving in Venice who will not be allowed disembark in the area, which is under isolation, but they will be able to transfer to other necessary transport on their trips.

Prison For Those Who Break Isolation Rules

The Interior directive will impose sanctions on those who violate the isolation areas without the necessary certification, who could be jailed for three months and fined 206 euros.

An infected person breaking quarantine would constitute a serious crime against public health with prison sentences ranging from 3 years to a life sentence if a subject triggers an epidemic or contaminates water, food or other consumer goods.

A series of limitations have been put in place nationwide to stop the virus spreading to other areas of Italy.

Schools and Universities lessons have been suspended as has the gathering of crowds of people at cultural events, the cinema and discotheques.

New rules have also been implemented for Tuscany, Lazio, Apulia, Calabria, Molise, Basilicata, Abruzzo, Campania, Sicily and Sardinia forcing anyone arriving from isolated northern areas to notify the health authorities and stay in quarantine for 14 days.