Presentation of the winning design for the poster for this year’s wine fair in Pollensa. | MDB

Political differences were set to one side in Cala Sant Vicenç on Wednesday. Wine is a wonderful thing for bringing politicians of different hue together. Former mayor, Miquel Àngel March of Junts, was there with current mayor Tomeu Cifre, Andrés Nevado of the UMP and Josep Marquet of El Pi. It was time to present the winning design for the poster for this year’s wine fair in Pollensa.

Smiling away happily as they were, there was only one slight potential drawback. Will the fair go ahead? Over the weekend of the 25 and 26 of April anyway. At the time of writing, the town hall was saying that it was awaiting the authorisation of the health ministry, as it was for the staging of the Pollensa Half Marathon, which is on the fifth of April. The government’s ban on events is meant to last for just thirty days and for those with more than 1,000 people. However, authorisation is required from the health ministry for events with fewer than 1,000, while it is evident that other town halls have taken decisions regarding events beyond the thirty-day period. The wine fair, one suspects, will be affected as will be the half marathon. The Yayoi Matsuri flowers fair at Sant Domingo in Pollensa on March 22 is definitely off.

Alcudia has a half marathon for the 28th of this month; this has been called off. In fact, Alcudia has already pulled the plug on a series of events. It’s unclear if there might be some rescheduling, but one doubts it. So, the Sepia Fair and Boat Show for April 17-19 is off, as is the Feria de Abril, which wasn’t scheduled until May 16-17. The Circaire street circus weekend at the start of May has also gone. There isn’t as yet any news about Ironman (May 9), but the Ironman organisation has postponed other triathlons, including one in Greece that was scheduled for early April and which will now be in October. The markets in Alcudia have been suspended until April 19 - these being the Tuesday and Sunday markets in the town and the Friday market in the port. All events organised by the auditorium are likewise suspended.

The spring fair in Santa Margalida, which is always on the weekend of Palm Sunday (fifth April this year) is off, as is the Sa Pobla Opportunities Fair on the fourth. The Sa Pobla weekly market is suspended until further notice.

The disappearing old road of Lluc

A protest march planned for Sunday week is likely to be another victim of all the cancellations. Residents of the Cami Vell de Lluc have called the protest in demanding that the Council of Majorca re-tarmacs a stretch of the old road on which, in September 2018, the department for mobility and infrastructure tested what it described as an “innovative” technique but which turned out to be “unsuccessful”. 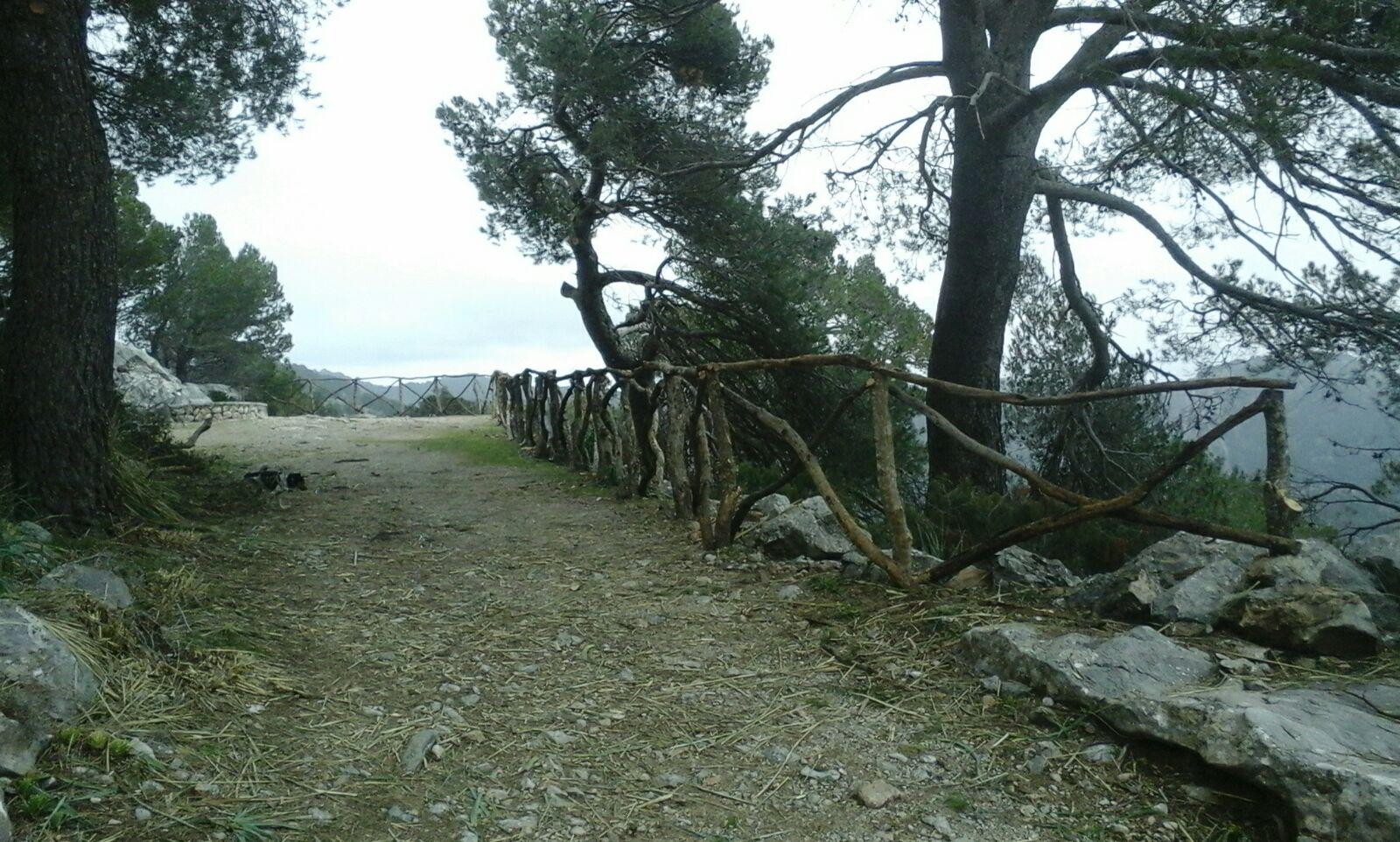 What happened was that the Council invested almost 200,000 euros in this pioneering technique for recycling the asphalt that was already there. This technique involved crushing the surface and mixing the asphalt with cement and what are referred to as “hydraulic conglomerates”. Residents were up in arms even before this test had been completed. Then when there was heavy rain, the complaints grew louder. The road surface had pretty much disappeared.

The march, if it happens, has the full support of Pollensa’s mayor, Tomeu Cifre, whose family do of course have a finca along the Lluc road. There is general support from all parties, though, for addressing what Cifre calls a “perversion” on behalf of the Council of Majorca. They were the ones who removed the existing asphalt, and now the government’s “ley de caminos” doesn’t allow the waterproofing of unpaved roads, and so they - the Council - don’t want to resurface it.

The Council, meanwhile, maintains that it had attempted to avoid putting down tarmac in what is “a sensitive area”.

The new school in Alcudia

Education minister Marti March, President Armengol, mayor Barbara Rebassa and a host of others went along on Monday to see how the building of the new primary school is going on. Located between Avenues Suecia and Noruega (Sweden and Norway), the minister observed that it will be a Nordic School. Which it won’t be; it was just the minister’s little joke.

If all goes according to plan, the school will take in its first pupils in January next year. There is to be capacity for 450, the initial intake coming from other primary schools in Alcudia.

It is said that the school has been built in the quickest time possible, this being thanks to Alcudia town hall having loaned the government 4.3 million euros in order to build it. This loan comes from the town hall’s whopping great surplus, which it can’t actually spend but can make available in the form of loans. The government will be making annual repayments to the town hall

Three years ago, Pollensa town hall notified the Council of Majorca’s heritage department that there were reasons to believe that there was a mass grave in the garden of a property in Cala Sant Vicenç.

The Commission for Studies of the Truth, which is a Pollensa body that was set up to consider Civil War and Franco regime crimes, has now called on the government’s director-general for democratic memory to hold an investigation “with the utmost urgency”. If there are indeed human remains, these need to be assessed in order to determine their origin, the possibility being that the site would be protected. 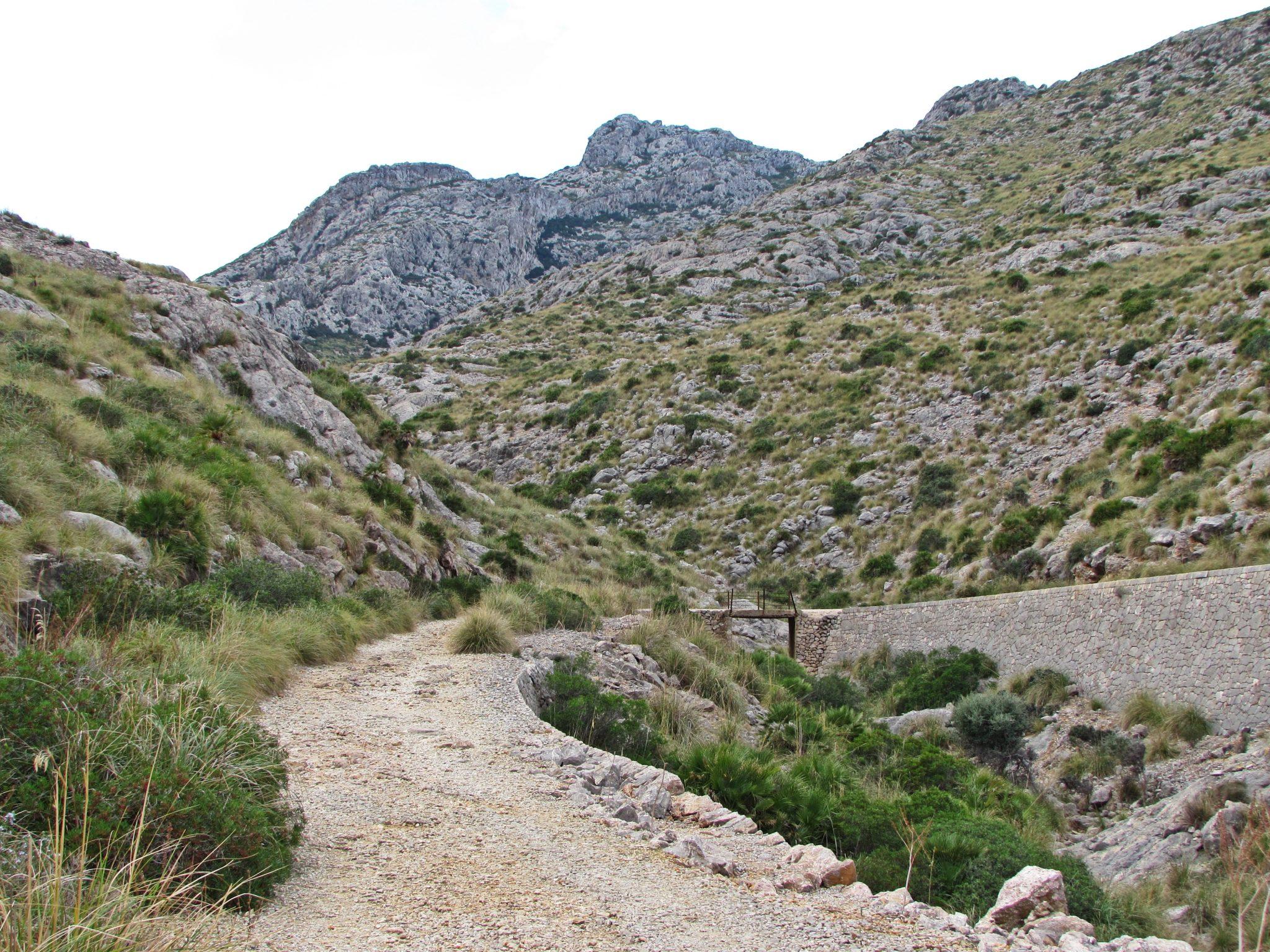 The property is close to the so-called Cami dels Presos, a road built by Republican prisoners who were held in labour camps in Majorca between 1940 and 1942. The commission is particularly angered by what it considers to have been the Council of Majorca’s inaction. In May 2017, a building worker said that he had been employed at a villa in Cala Sant Vicenç some years before and that this work had revealed human remains and clothing. He had remained silent for years out of “fear”. When the then mayor, Miquel Àngel March, became aware of the story, he notified the Council’s heritage department.
The town hall has since gathered statements which corroborate what the building worker had to say. But the Council of Majorca has still not surveyed the area.