Home delivery orders are the only thing that’s keeping many municipal market stalls afloat because of the lack of customers during the State of Emergency.

A project started 5 or 6 years ago, called La Mercateca has been the saviour of many traders at Mercat de l’Olivar. Around 20 stallholders have joined this online company which manages all home delivery orders from Mercat de l'Olivar.

“Since the start of the coronavirus restrictions, the number of orders placed with La Mercateca has soared from 5% to between 25 and 30%,” says Jaume Aguiló, President of Mercat de l’Olivar, “and it could be up to 50% if we had enough people to fill all of the orders, but the service is completely saturated.”

Customers can also place an order by phone to a particular trader and either pick it up or have it delivered.

There has been a significant decrease in customers since the State of Emergency was decreed, the market corridors are empty and there's no hustle and bustle in the morning like there used to be.

”If it were not for the influx of people coming to the market many stalls would have had to close,” says Jaume Aguiló. "In the markets there are two types of customers, the regulars and the ones who have discovered the markets during the State of Emergency, thanks to word of mouth of neighbours who tell them to come here.”

One of the major reasons for the drop in customer numbers is that around 50% of them usually come into Palma from the suburbs, but because of the movement restrictions decreed by the State of Emergency they can’t do that now.

"We are all pretty much in the same situation,” says Aguiló, “and the truth is it's because of because of things like home deliveries that the markets are managing to survive,” says Aguiló.

With Easter just around the corner, there’s also been a substantial increase in orders for lamb or chicken to make pies and other products like flour, oil and butter, etc. 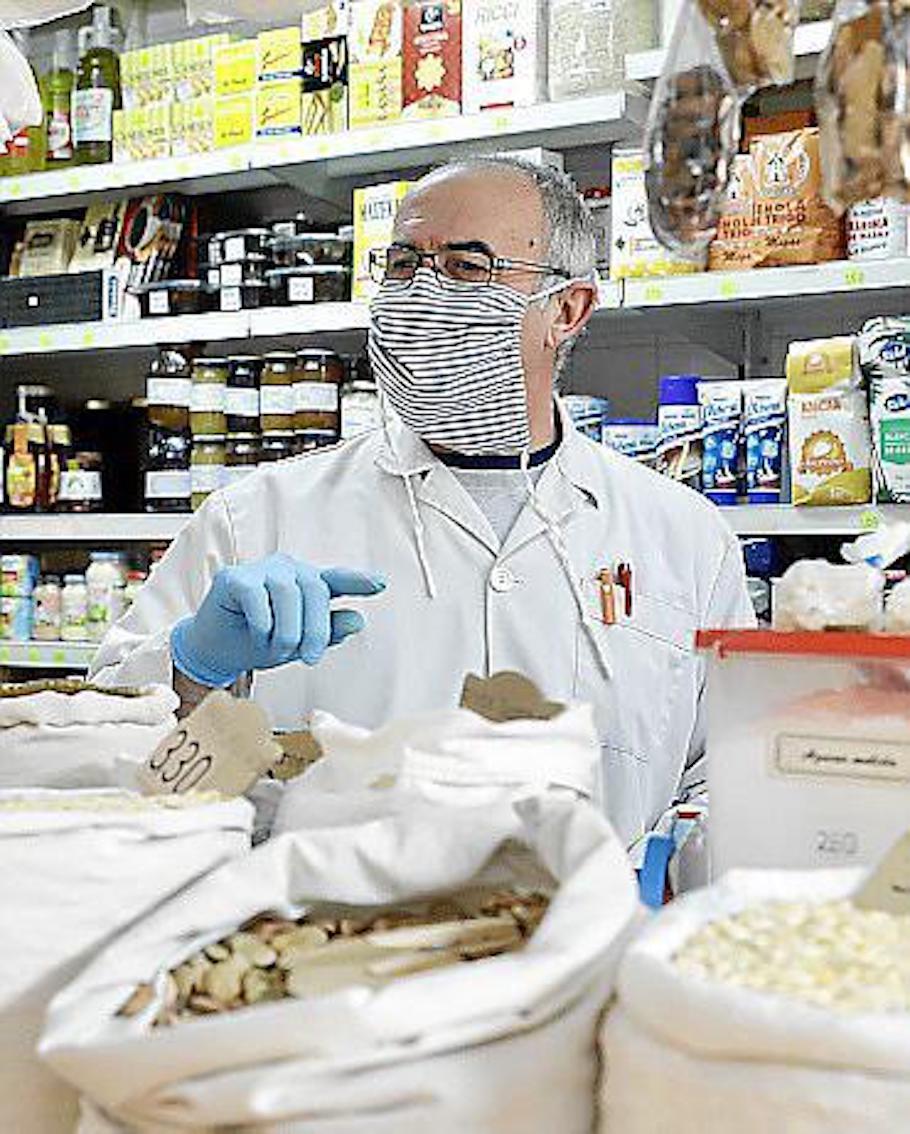 Toni Sastre, who owns a grocery store at Pere Garau Market argues that some businesses are doing better than others.

He says there’s more movement now because people still want to follow the Easter traditions despite the State of Emergency but admits there’s a drastic difference in numbers.

“It’s nothing like last year, the numbers say it all, for example, last year I was selling 100 kilograms of flour a day to make pies and this year I am only selling 50 kilos every 2 days,” he says.

Catalina Perelló, who runs a fruit and vegetable business outside Pere Garau Market with her husband, says sales have dropped by more than 70%.

Pere Garau, like the others, also offers free home delivery in Palma and to a number of villages.