These Easter Monkeys are one of the most famous treats in Spain and no it doesn’t actually look anything like a monkey!

It’s one of the oldest traditions in the country and every Easter, Godparents and Grandparents give them to children who are aged 12 or under.

The Easter Monkey dates back to the 15th century and is widely believed to be named after the Arabic term for gift, although others argue that it has Greek, Roman or even Celtic roots.

It’s similar to a brioche and was originally made with a hard-boiled egg crown and no chocolate.

It was only when cocoa powder arrived from America way back in the 16th century that recipes started to change.

Now there are all sorts of Easter Monkeys, including cakes made with layers of biscuits, chocolate eggs and coloured feathers, but the most popular ones look like a bit like a voles.

They’re not always sweet either, on the Peninsula they make Easter Monkeys with meat and the children have to sing a song when they receive them.

Even although Easter in Majorca will be slightly muted this year because of the coronavirus State of Emergency, pastry chefs are hard at work making Easter Monkeys and all sorts of other fabulous creations. 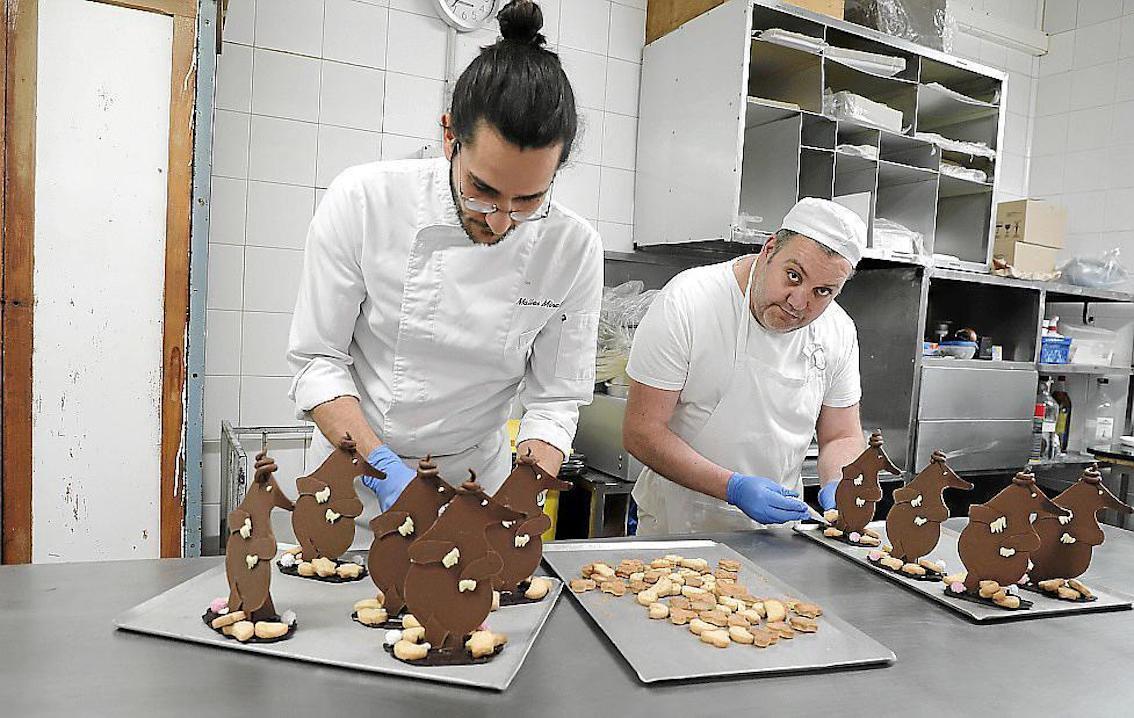 Forn in Pla de na Tesa was founded in 1966 and offers a variety of exquisite artisanal products.

It's owned by Jaume and Matías Miralles and this year they’ve definitely let their imaginations run free!

"We have made a pan of ‘pilotes' or meatballs, like the ones made by the teenage Majorcan YouTube sensation, Miquel Montoro, and also a replica of the ‘satisfyer’ sex toy," they said, “those two are in great demand and we’ve made traditional Easter Monkeys as well." Forn also has a delivery service. 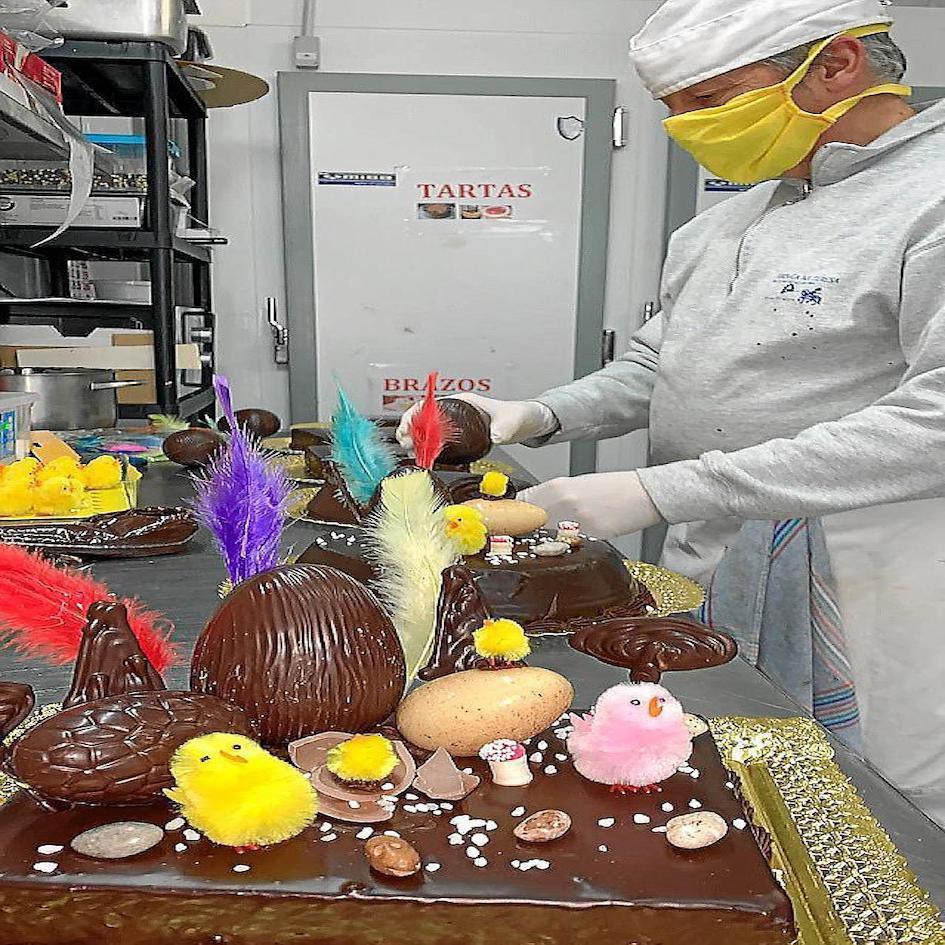 For 15 years, Pep Trías and his wife, María del Mar Vich, have owned Forn i Pastisseria Trías C.B. in the Es Secar de la Real neighbourhood of Palma and they say the State of Emergency has definitely made a difference.

"This year we have produced less for Holy Week because of the circumstances, but all of the products are made in our workshop with quality materials which is what our customers love,” he says.

Pep has used a mixture of dark, white and milk chocolate to make a variety of Easter delights, including Classic Eggs, Little Houses, Spidermen, High Heeled Shoes and of course, Easter treats.

"We have made the Easter treats a bit more colourful this year,” he says.

Easter Monkeys have been the number one treat in Spain for generations and are scoffed in minutes by both children and adults.

Easter “Monkeys”?! I think the author of this article has misunderstood the meaning of “Mona de Pascua”. Mona in this case has nothing whatsoever to do with monkeys! It comes from the Arabic word munna, also spelled mouna, referring to a brioche commonly prepared in Algeria.