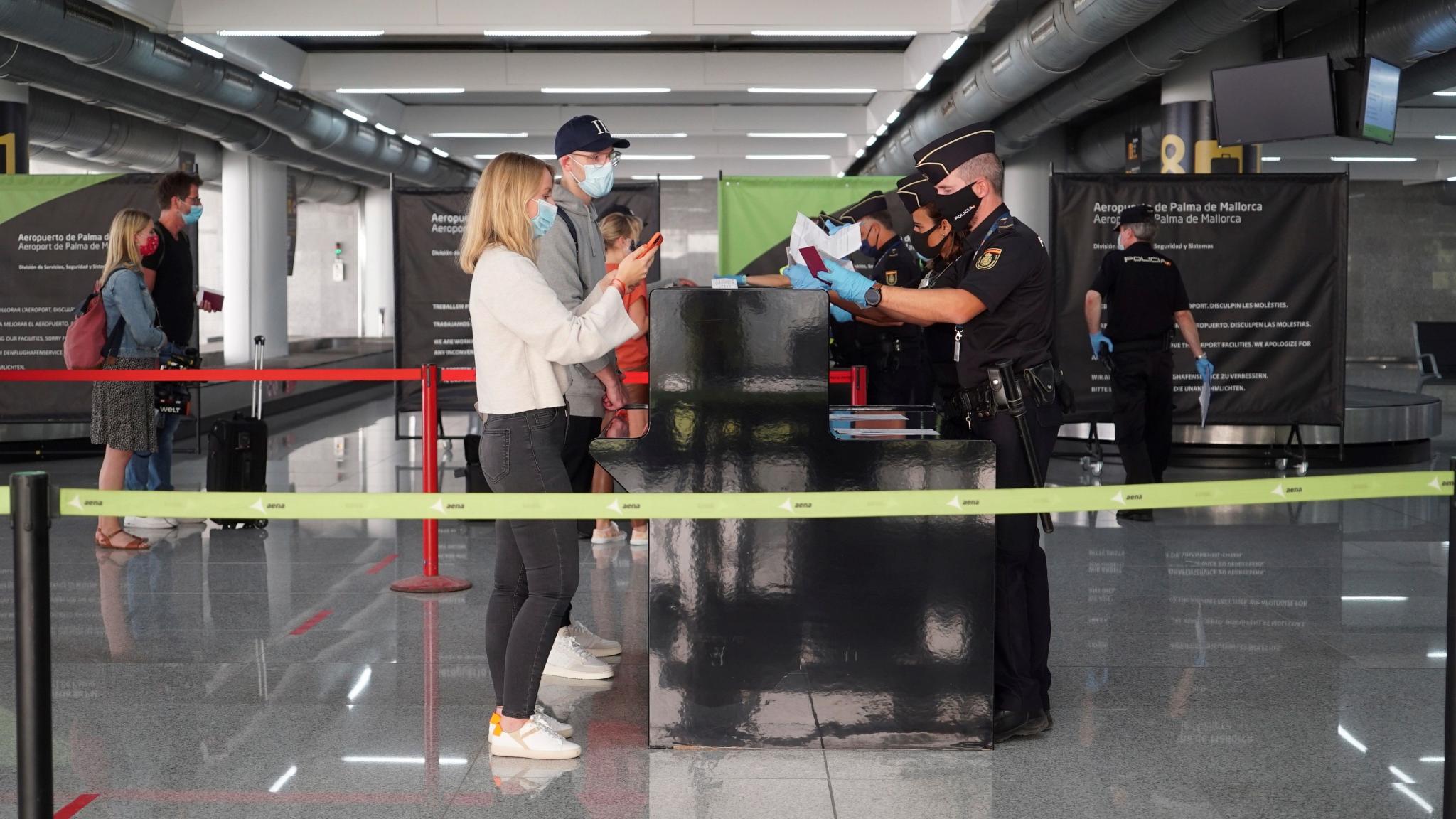 But the continued closure of most of Spain, a patchwork of quarantine rules and remote-working by many who once commuted across borders mean pre-crisis travel levels are still a way off. 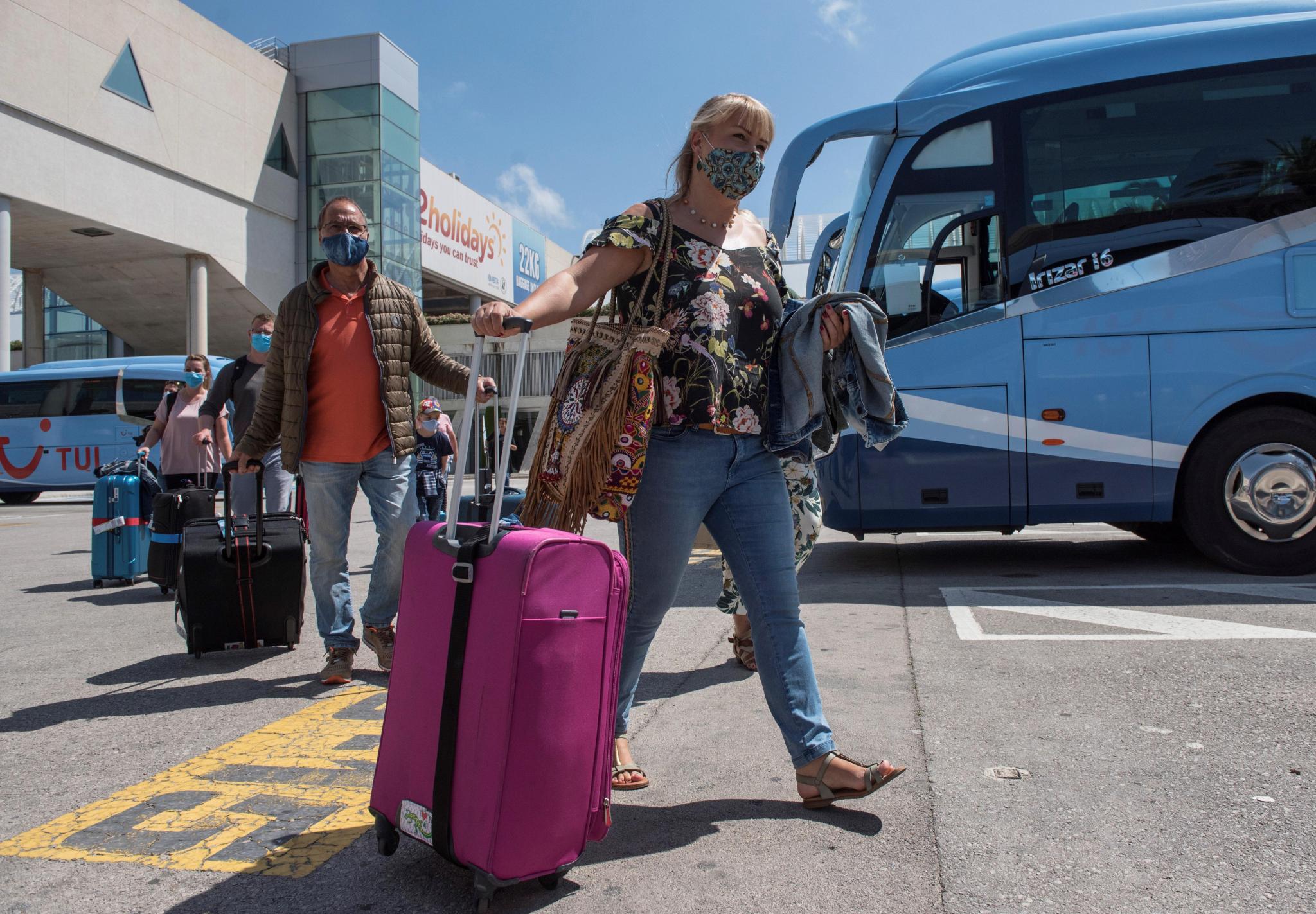 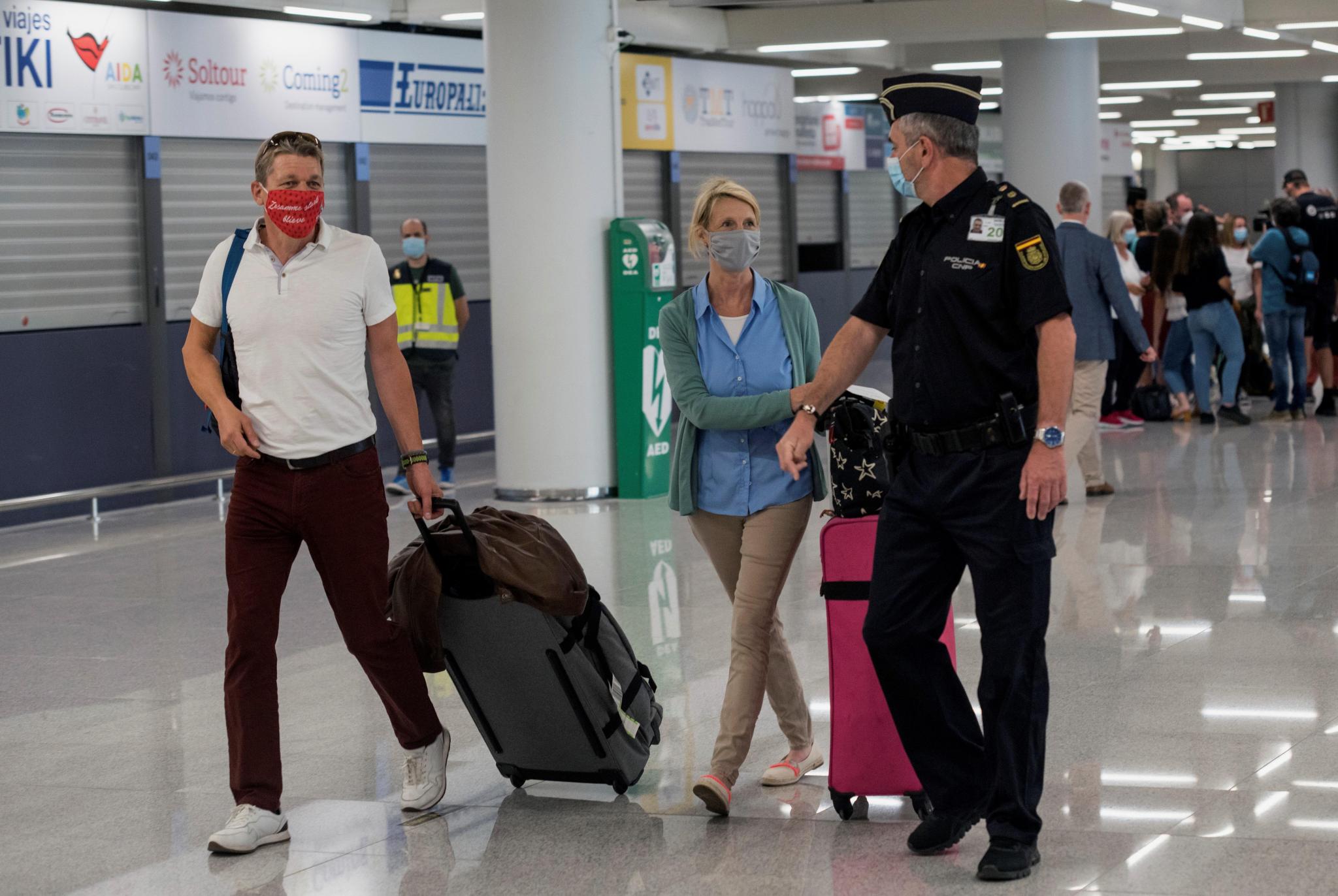 Spain is initially allowing in 10,000 holidaymakers from Germany as the Madrid government works out how to handle mass tourism before opening up more fully in the coming weeks.

Hundreds of German sunseekers, the first tourists to visit Spain since borders were closed in March, arrived in Majorca on Monday on a flight from Düsseldorf. 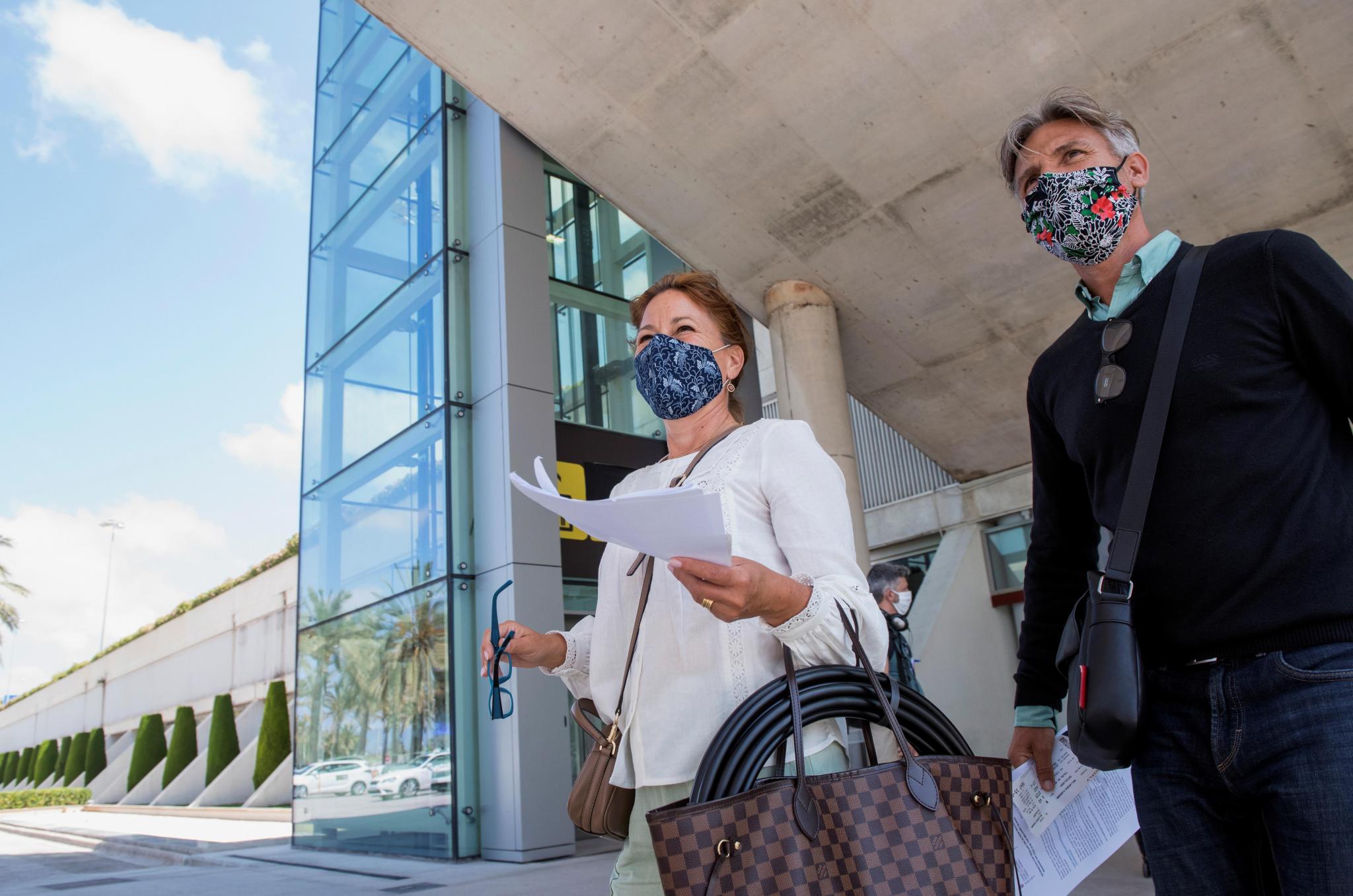 They passed signs reminding them in German and Spanish to wash their hands and wear masks, then queued at a distance from each other to have their temperatures read and paperwork checked by border staff also with faces covered. 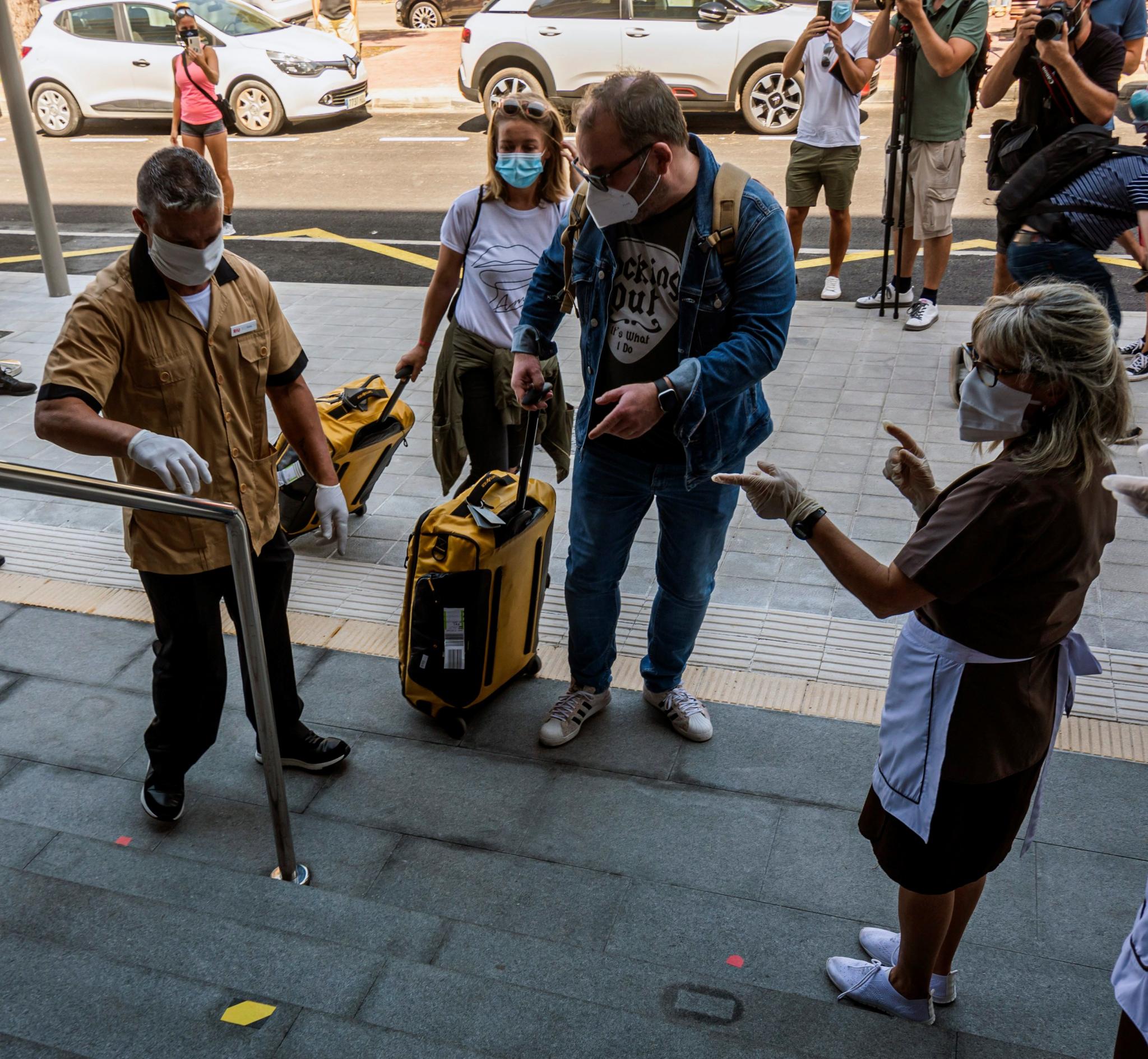 "Holidaymakers can be happy that the beaches in Palma have never been so empty," said Aage Duenhaupt, a spokesman for travel company TUI. "But there won't be parties in the same way this year." 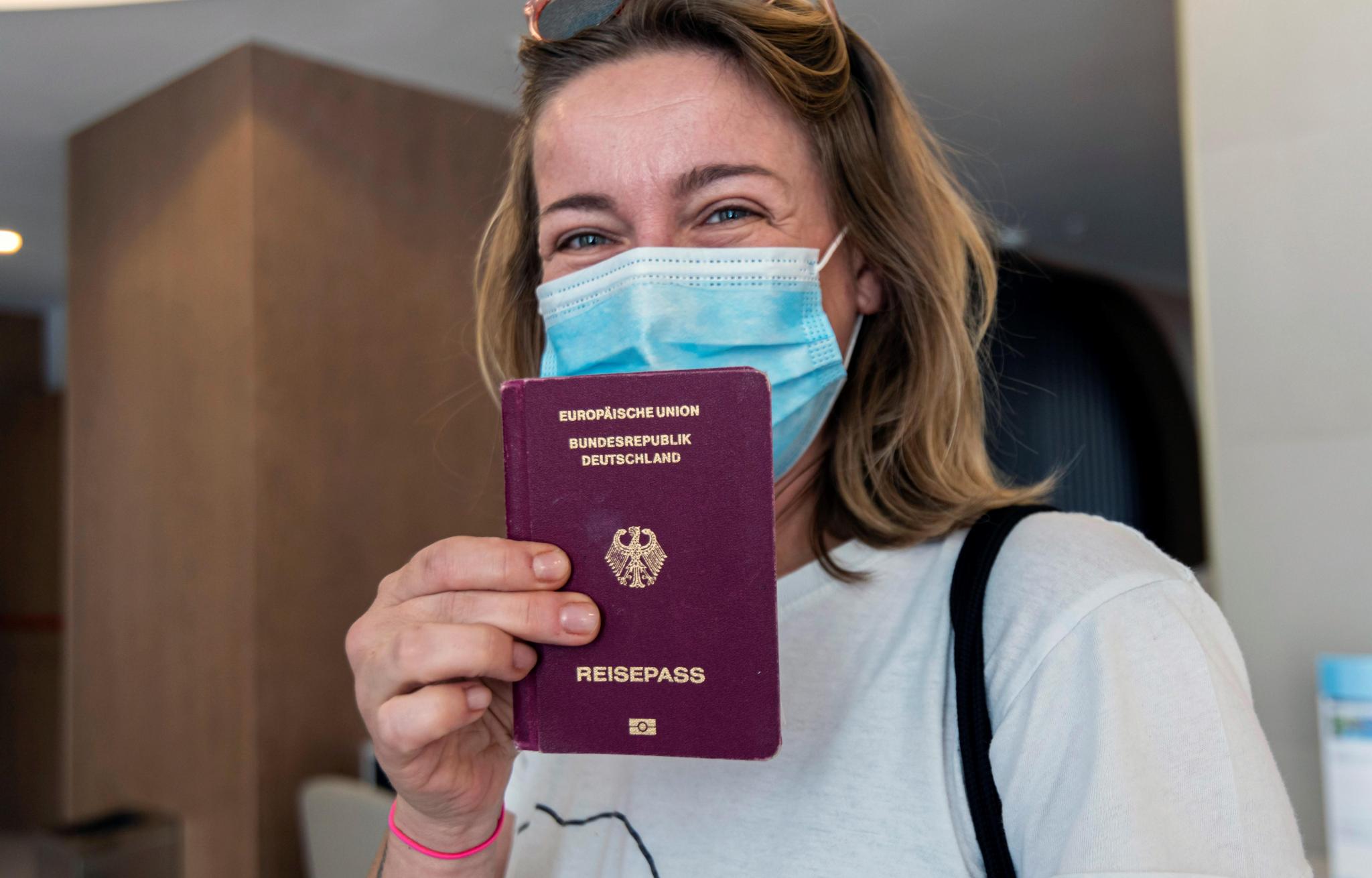 The Schengen area of 22 EU countries plus Iceland, Liechtenstein, Norway and Switzerland operates control-free crossings. But for three months they have been mostly closed.

Officials hope lifting internal border controls will allow a gradual reopening to other countries from July and revive a tourism industry that flatlined during the lockdown. 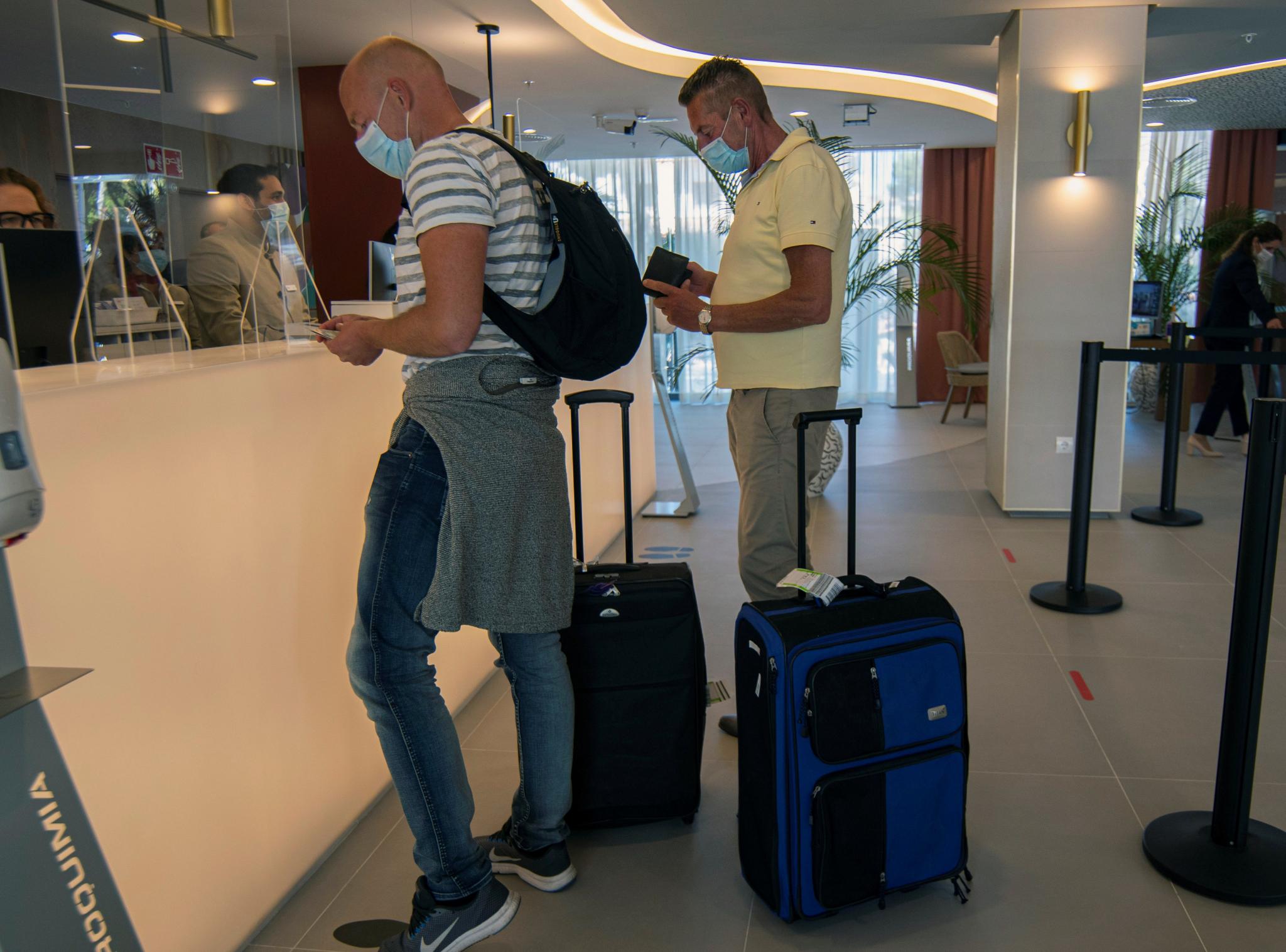 An "avalanche" of test tourists: the week in Majorca

The sector makes up almost 10% of the EU economy and even more in Mediterranean countries.

In Greece, passengers arriving from airports deemed high-risk will be tested and quarantined for up to 14 days, depending on the result. Restrictions remain for passengers from Britain and Turkey. Arrivals from other airports will be randomly tested. 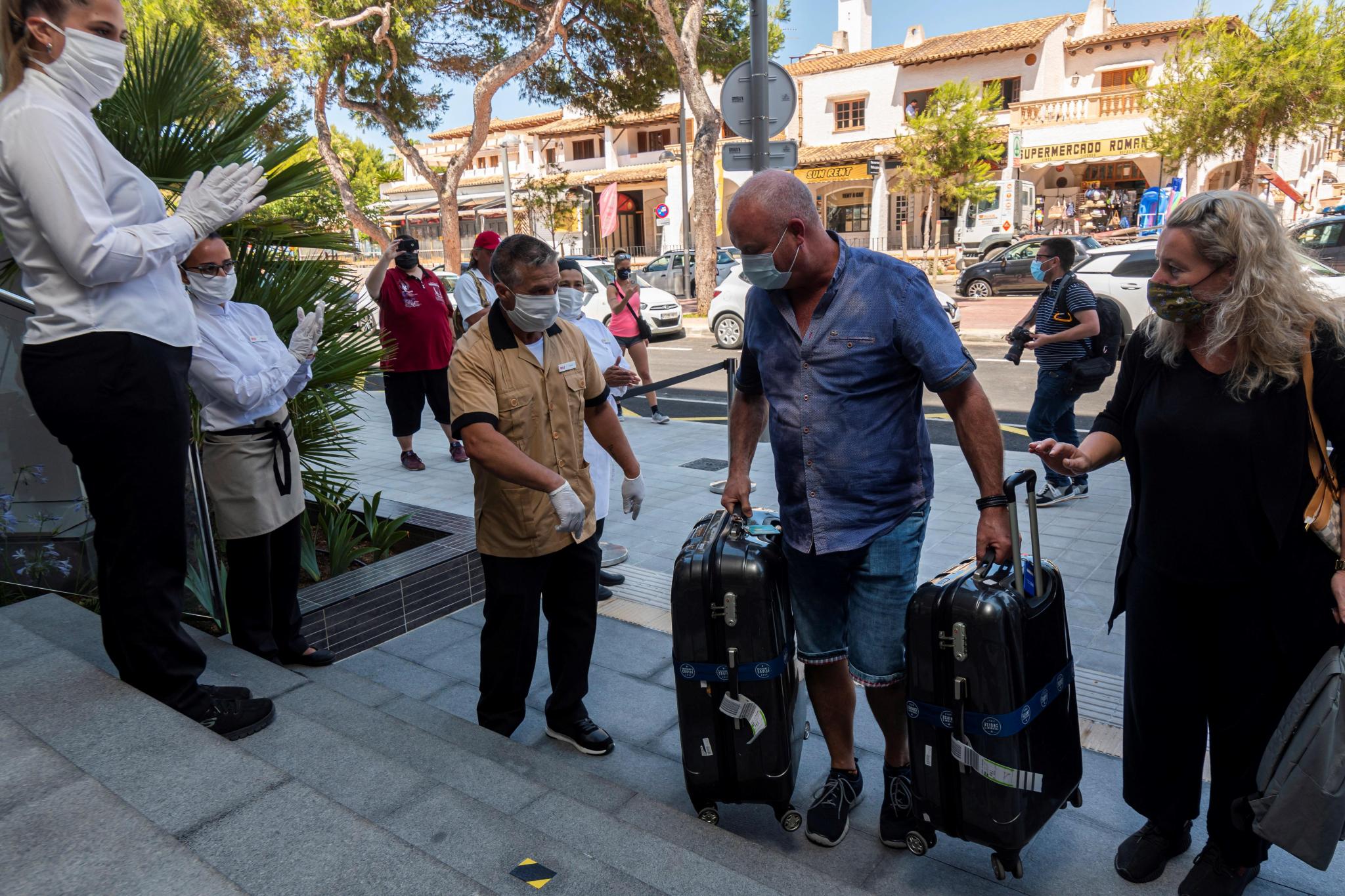 The European Commission has launched a site, "Re-open EU https://reopen.europa.eu/en", giving information on travel, coronavirus rules, and whether hotels and beaches are open. 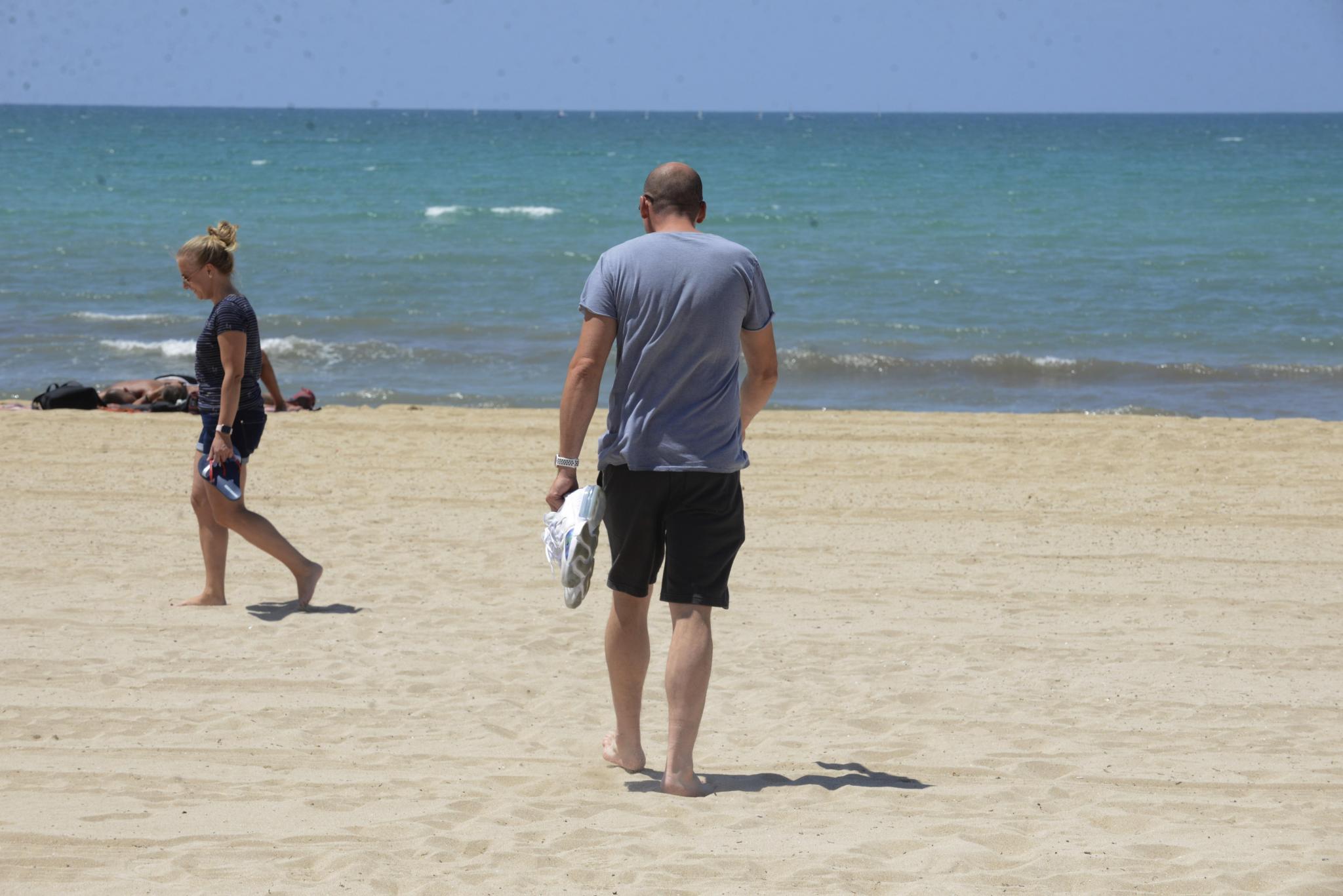 SPAIN CLOSED
But it will not be a return to unfettered travel for 420 million Europeans. Spain will allow no foreign tourists until June 21, with exceptions for some islands. 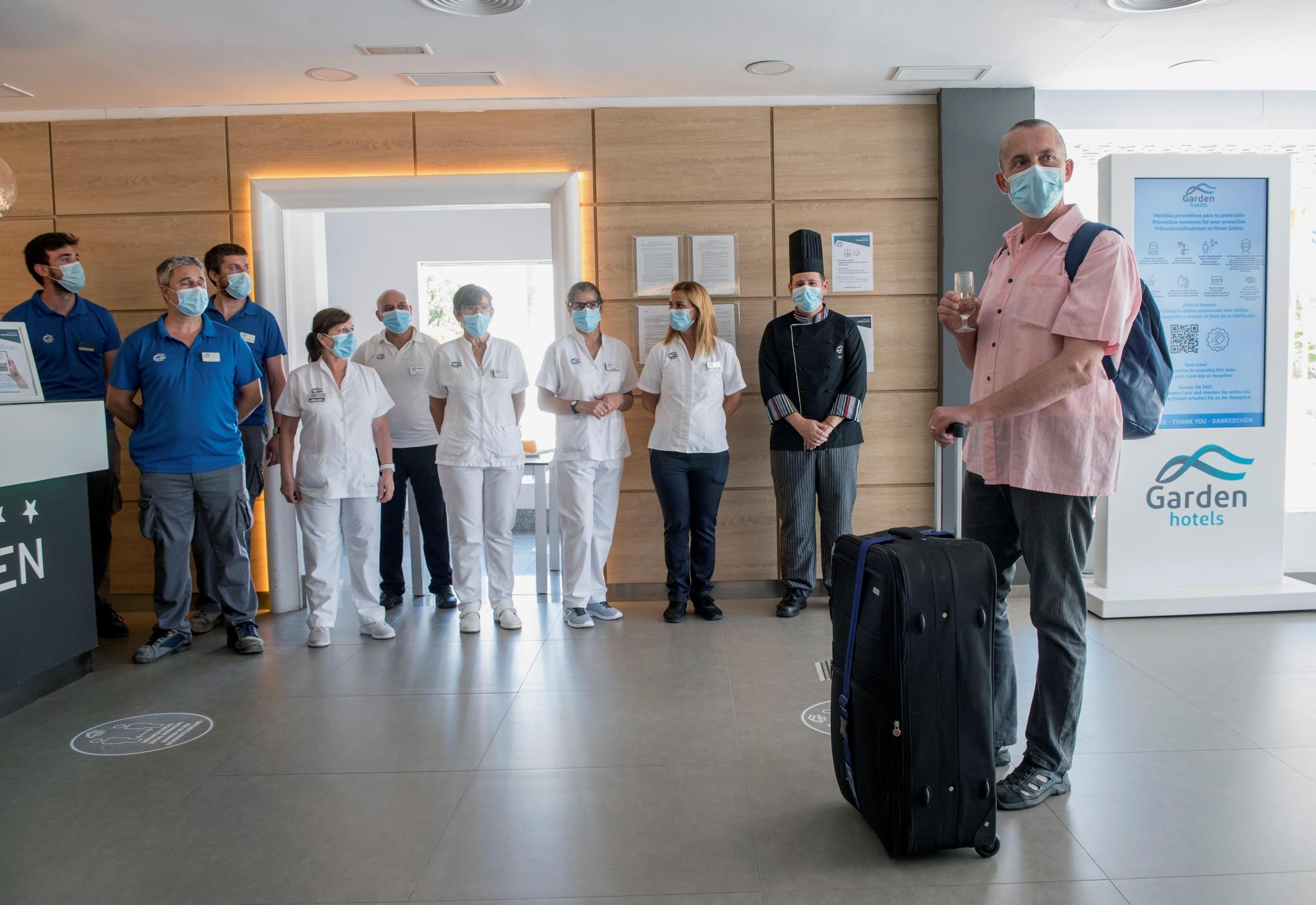 Elsewhere, the right to travel will depend on where you live and where you are going. The Czech Republic has a traffic-light system, barring tourists from 'orange' or 'red' countries such as Portugal and Sweden. 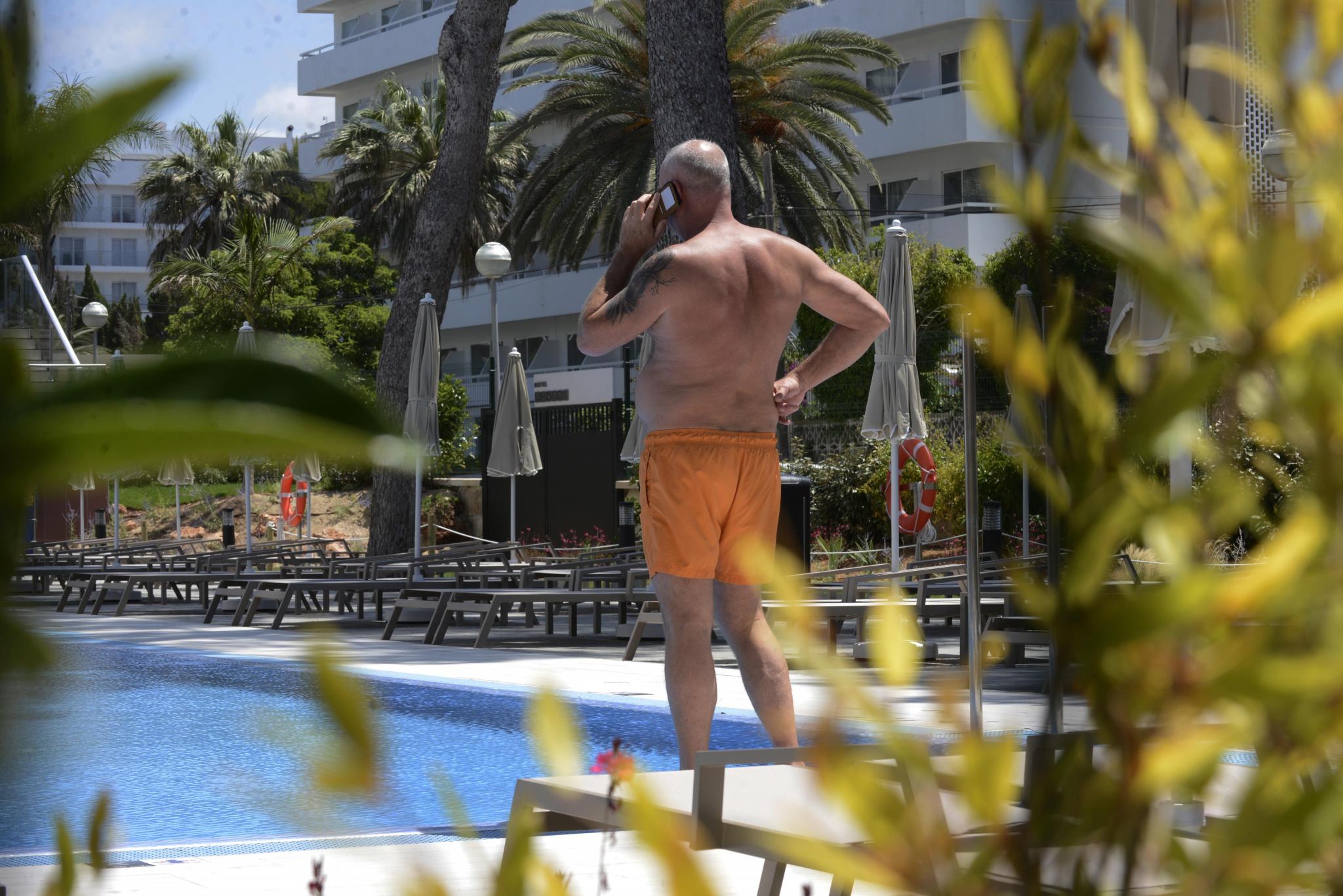 Denmark will accept tourists from Iceland, Germany and Norway, but not Sweden, if they book at least six nights' accommodation. 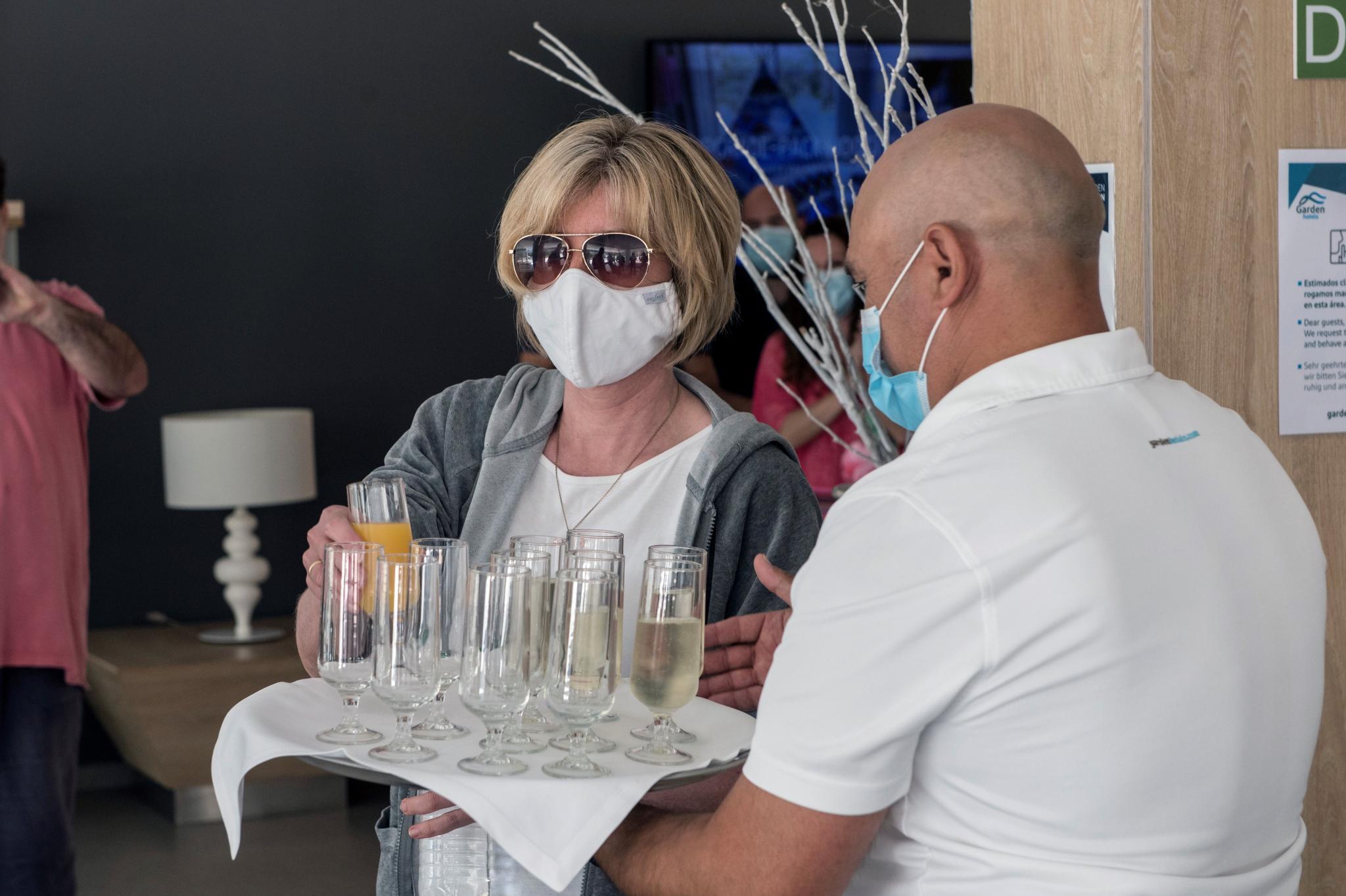 Before the crisis, about 3.5 million people crossed an internal EU border every day, according to a 2019 European Parliament report, some 1.7 million of them commuters.
Many of the latter are now working from home, while continued restrictions and health concerns are expected to curb tourism and business travel. 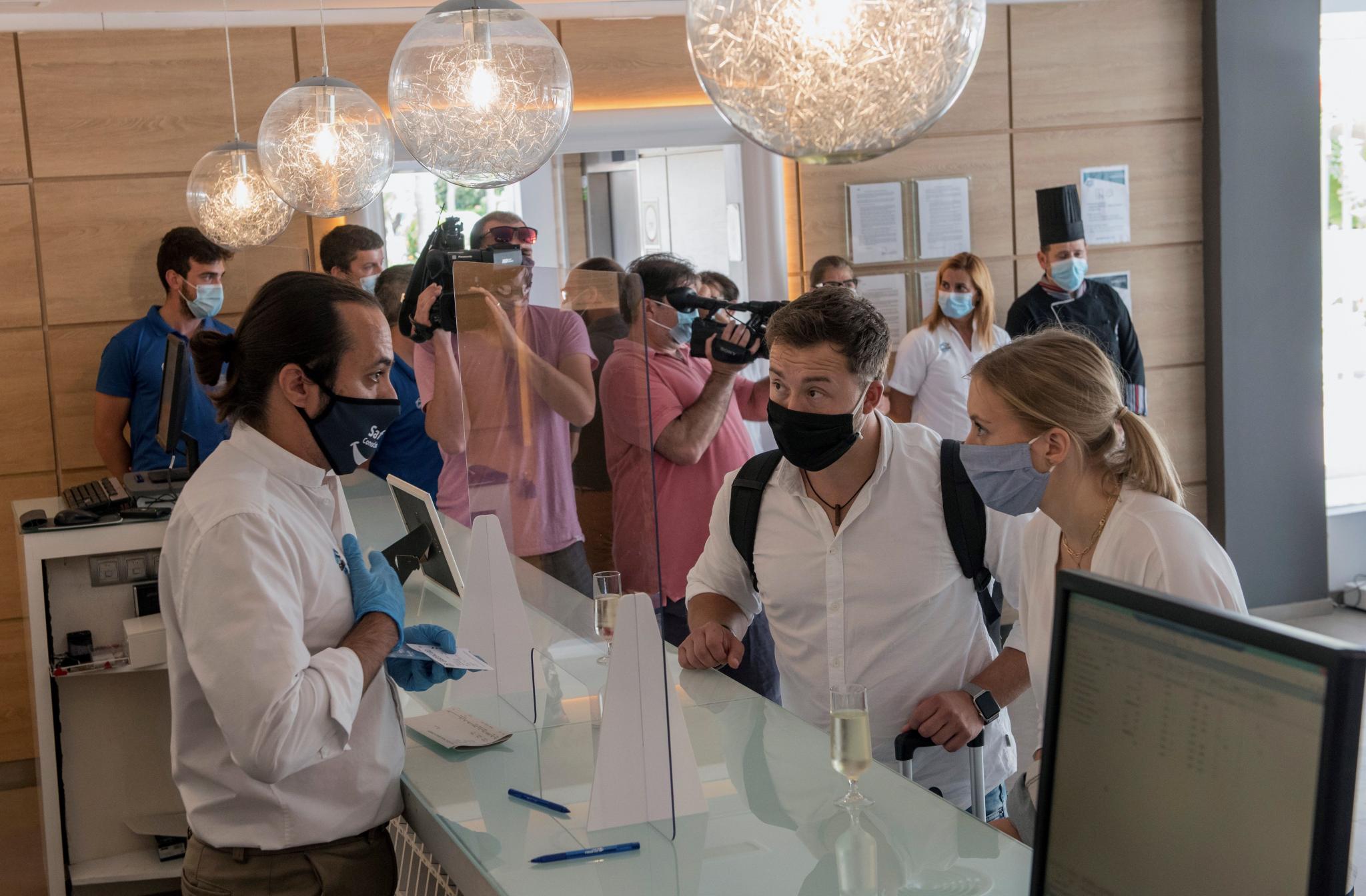 In the Belgian village of Macquenoise, tabac stores did brisk trade as French citizens queued, well apart, to buy cheaper tobacco three months after prices rose at home.
"It's worth the effort," said Nadege Caplain, who made an early-morning 200-km (125 miles) round trip to buy cigarettes.