The first 189 German visitors have arrived in Majorca to take part in the Government’s Tourist Pilot Scheme, 20 of them were journalists and there was local press were waiting at the Airport to welcome them to the Island. 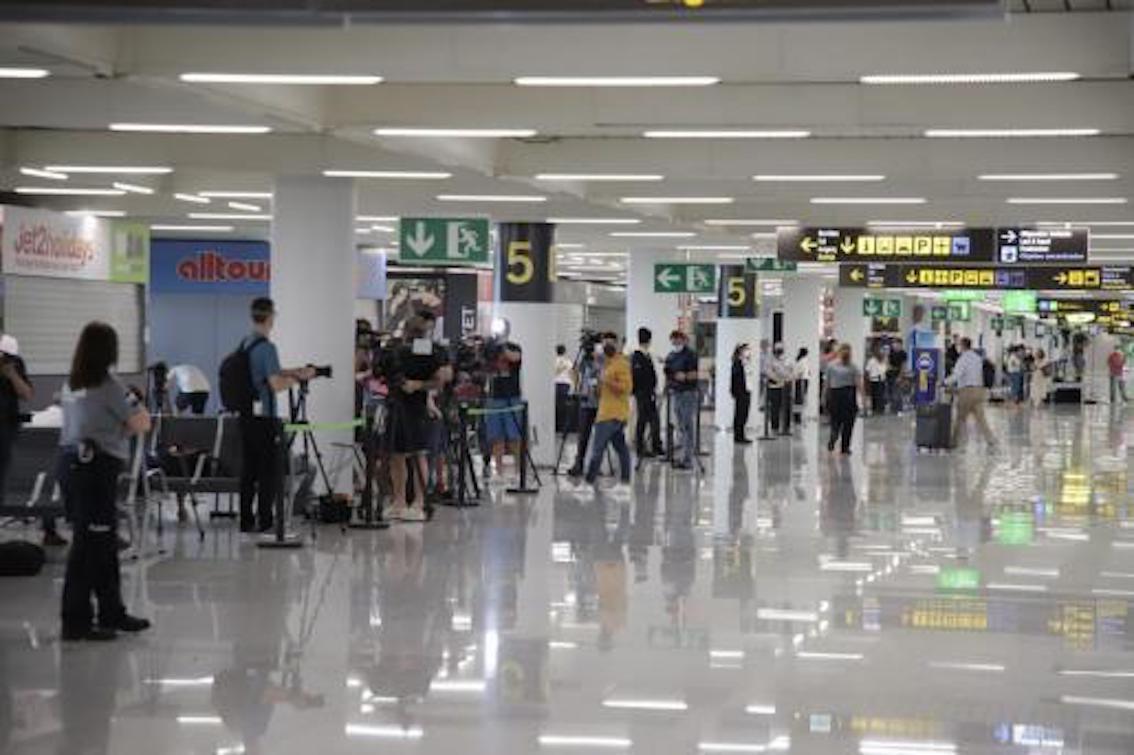 They are staying at hotels in Playa de Palma and will have total freedom of movement on the Island, but must respect the health and safety protocols at all times.

The second authorised flight will arrive from Frankfurt later today.

It signals the start of the summer season after months of lockdown that forced the closure of borders, ports and airports nationwide.

TUI, DER Touristik and Schauinslad-Reisen are collaborating with the Balearic Government on the Pilot Scheme and the first batch of tourists will be staying at hotels in Playa de Palma where security measures, signage and health protocols are in place and staff have been given specific training.

Germans with second homes in Majorca are also allowed to return to the island.

No test tourists for Puerto Pollensa

All travellers must fill out a health questionnaire on the plane and undergo temperature control tests when they arrive at Palma Airport. 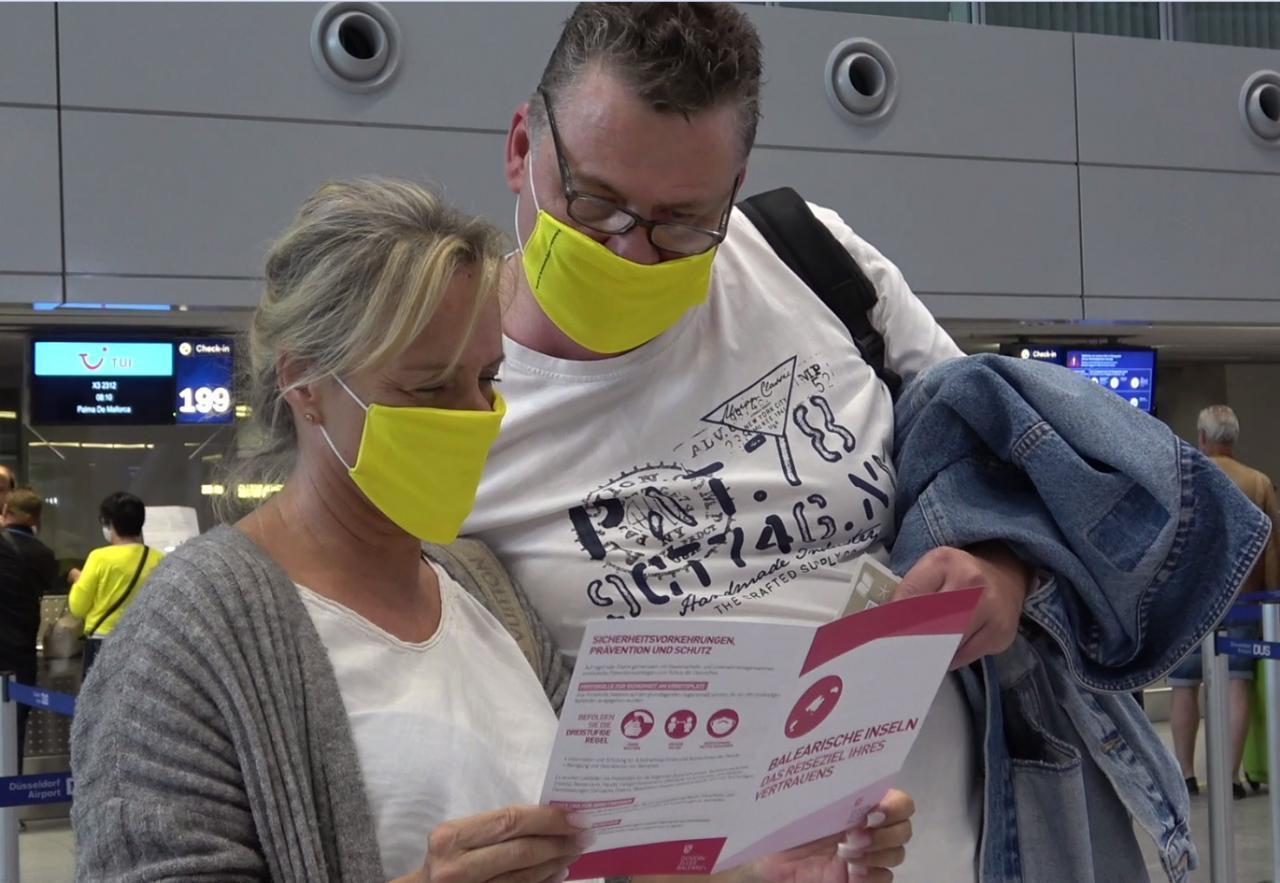 They will also have to provide a phone number and the address they’re staying at, so that Government staff can monitor their health status while they’re here.

If any of the tourists show symptoms of coronavirus or test positive for the disease whilst they’re here, they will be isolated in apartments already reserved by the Regional Government, unless they need to be hospitalised.

The Balearic Government has refused to allow clubs and late night bars to open, but there's still plenty to do. Tourists can explore Bellver Castle, jump on the vintage train to Soller, sample the local cuisine at Majorca’s fabulous restaurants or top up their tan on the stunning beaches that the island is famous for.

The Pilot Plan has been reduced from two weeks to one because the Central government has decided to reopen Spain’s borders to tourism on June 21, instead of July 1.

A total of 47 flights are scheduled to land in the Balearic Islands; 39 in Majorca, 7 in Ibiza and 1 in Minorca over the next two weeks, bringing 10,900 tourists from Düsseldorf, Frankfurt, Hamburg, Hannover and Stuttgart. 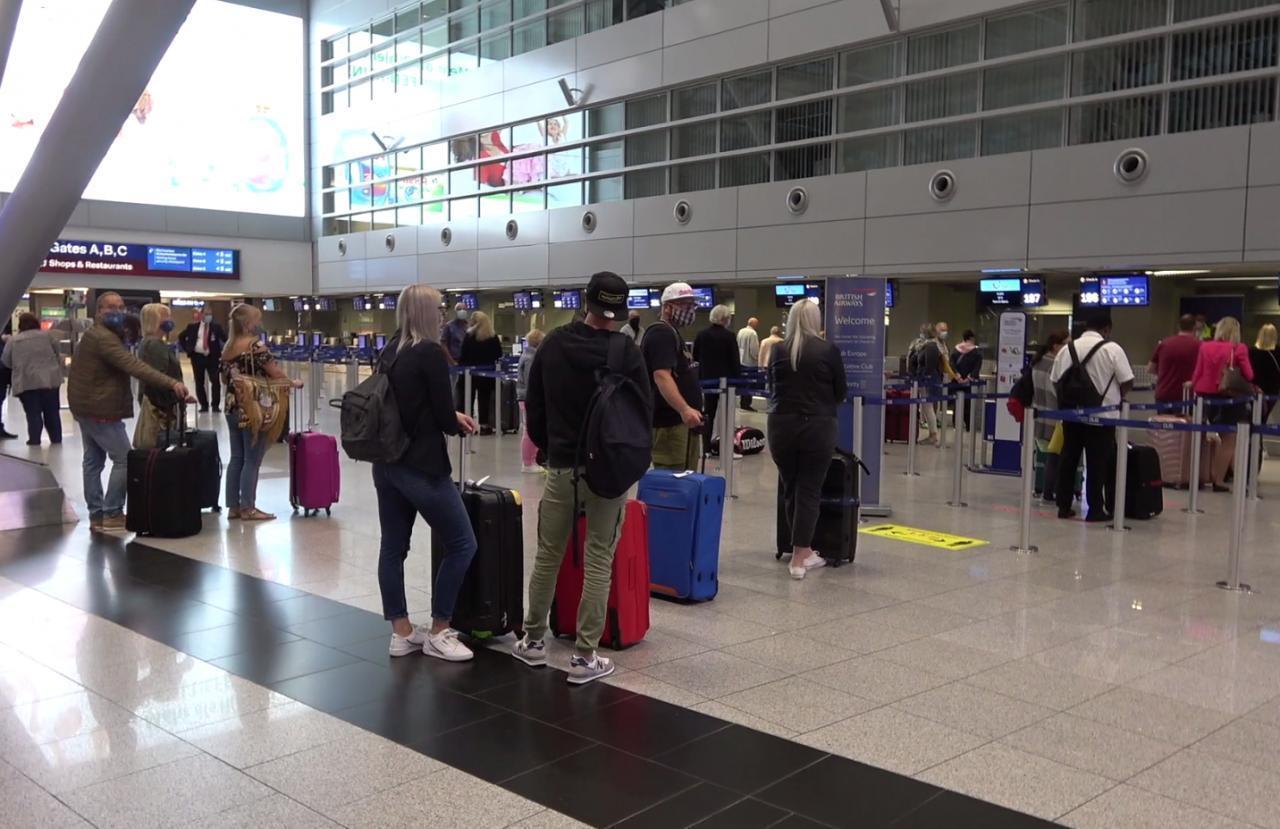 Is the Balearic Government right to allow German tourists back before the end of the State of Alarm?