The unprecedented decision to close all bars, restaurants and shops in three streets in Playa de Palma and Magalluf has been welcomed by the Business Sector with the sole exception of PIMEM, which considers the proposal excessive.

Opposition parties have called for a halt to the issue, saying the decision was a testament to the failure of the anti-Tourism Decree passed a few months ago. 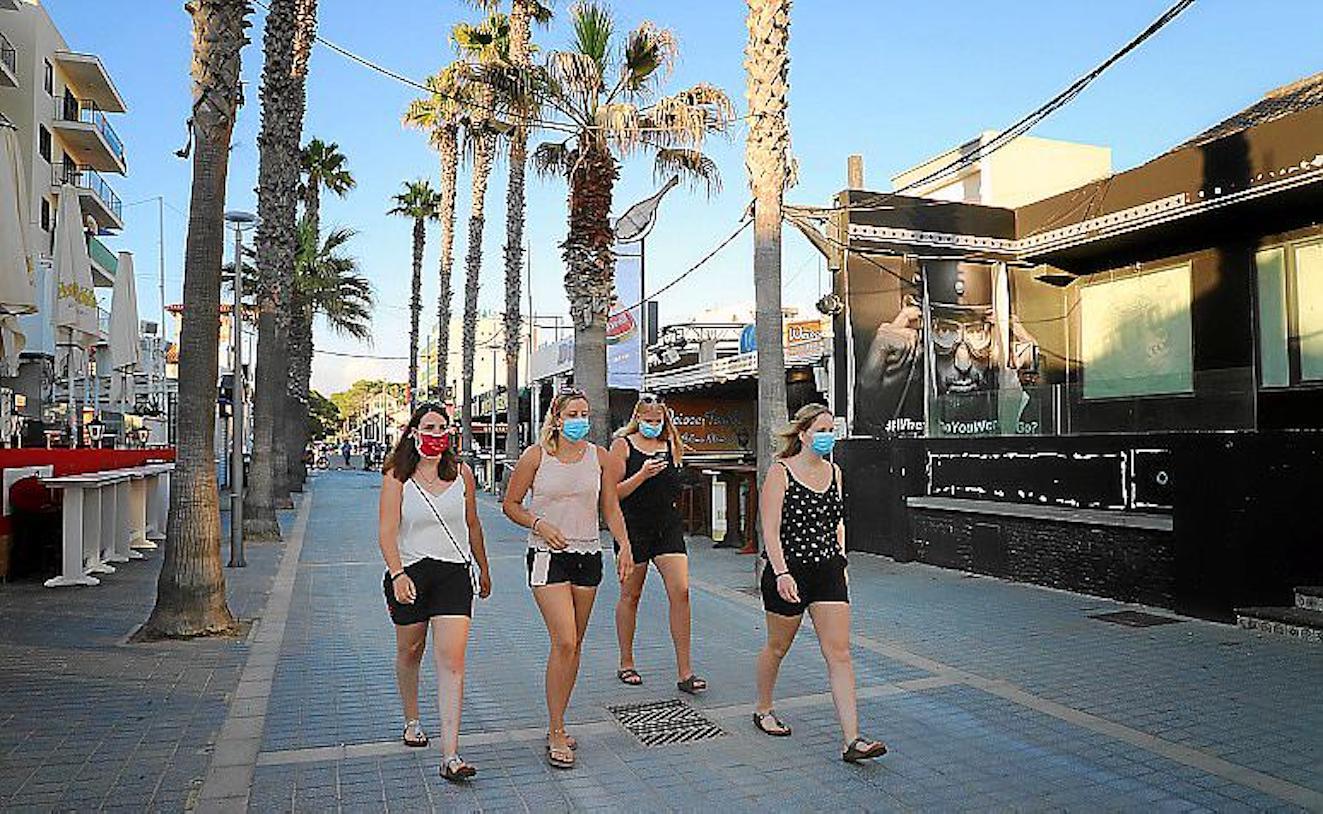 Carmen Planas, President of the Business Confederation of the Balearics, or CAEB, stressed that her organisation has always rejected excess tourism.

"We must remember the enormous efforts that the entire tourism value chain made to obtain the Pilot Plan which was granted thanks to the good coronavirus health control data in the Balearic Islands and the fact that the the Tourism Sector been able to show that, by complying with health protocols, the system works,” said Planas, who believes that it is necessary to stop irresponsible behaviour from endangering the tourism campaign.

The Hotel Business Federation of Mallorca and the Agrupación de Cadenas Hoteleras believe the events in some tourist areas last weekend were isolated incidents, but that they could endanger the health and image of the Islands.

Hoteliers have said that they do not appreciate the decision to close the streets, but assume that the Government has quantified the impact and scope of such a harsh measure.

"The good news is that the Government has announced that the Police presence will be strengthened, that they will ensure compliance with the health protocols and make sure the tourists don’t just move to other areas," they said.

Jordi Mora, President of the Federation of the Petita and Mitjana company of Mallorca, or PIMEM, has expressed his concern about the closures, which he says may indirectly affect other Sectors. Mora says he understands the need to stop dangerous behaviour, but warned that there could be consequences.

"The companies that are directly or indirectly affected by this situation must be given a solution to the possibility of permanent closure because of these measures," he said, adding that “closing the streets is not the solution, this is a matter of public order that has to be treated as such and now is not the time to think about the type of tourism that has still to come.”

Jesús Sánchez, President of the Balearic Association of Night Leisure and Entertainment, or ABONE, says the measures are an insult and called for “more checks and inspections and Police reinforcements in troubled areas." Sánchez also revealed they are considering legal action.

“It is outrageous, an arbitrary decision, which is outside common sense and the rule of law," said Acotur President, José Tirado. "We unanimously respect the issue of Covid-19, but establishments cannot be closed due to an altercation of public order on public roads,” he said, pointing out that "the main establishments in Calle del Jamón have not opened yet this year, they are not the ones that caused the crowds or the scenes of excess last weekend,” he pointed out.

PP President, Gabriel Company, claims that the decision to close some streets actually confirms the failure of the Excess Tourism Decree approved at the beginning of the year which he says Francina Armengol’s Government sold as the panacea to combat this type of drunken tourism.

"We are facing a decision that offers legal, economic and even health concerns," said Company, adding that PP supports a quality tourism model and agrees with the objective of eradicating this type of tourism.

“The Government cannot act in an arbitrary and discriminatory manner. Why are some streets closed and others not? Who is capable of ensuring that the people who frequent these areas will not move to other adjacent streets or to other towns?” he asked and pointed out that the jobs generated by companies connected to the affected premises are now in danger.

Ciudadanos Parliamentary Spokesperson, Marc Pérez-Ribas, agreed with PP claiming this measure shows that the excess decree-law has been useless and accused Minister Iago Negueruela of doing nothing to enforce the measures included in the law, saying "this is constant improvisation."

Vox Councillor, Esperanza Catalá, claims the Government has criminalised entrepreneurs who are now faced with a dictatorial decision and insists that the important thing is to prevent, not prohibit.

"Nobody wants binge tourism, but you should talk to Tour Operators, not close shops," she said.

“We are facing a historic opportunity to end binge tourism and the Covid-19 crisis must be seen as an opportunity,” said PI President, Antoni Amengual. "If protocols or orders are not followed, appropriate measures must be taken.”

The PSIB spokesperson, Sílvia Cano, applauded Minister Negueruela and Isabel Castro’s decision to tighten the measures to fight excess tourism, saying these measures will allow them to act with complete forcefulness and responsibility to guarantee health and safety so that the Balearic Islands continues to be considered a safe destination.

"We cannot jeopardise the work that has been done when we are safely activating tourism," she said. 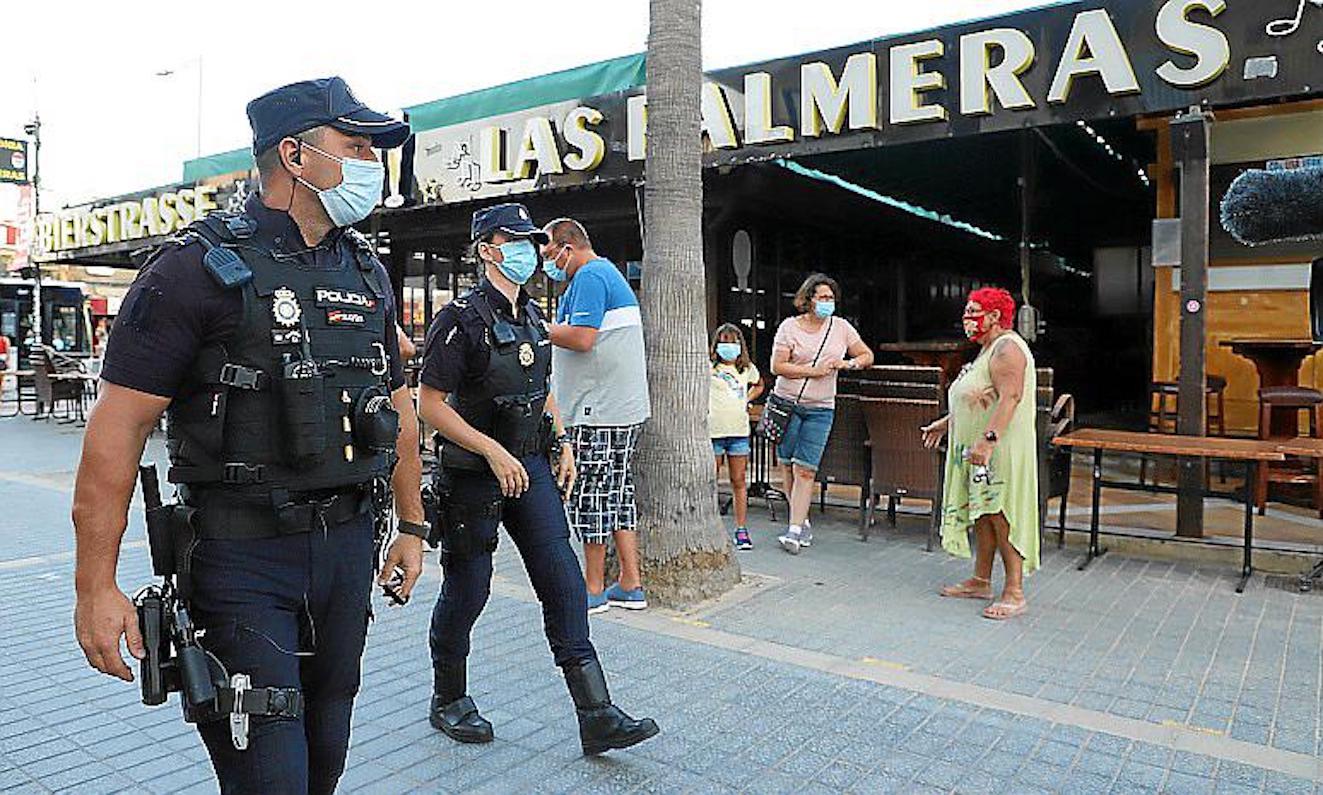 Is the Balearic Government right to close bars in Punta Ballena?

Reading all the above and not being a Vox fan at all, but I do agree most with their view and comments. It is a ridiculous ruling, after being all proud and cocky Mallorca was going to open up bla bla bla. Maybe think, before you act. Rather then react as you go along. This (local) government is truly getting unfit to continue.