The Deputy spokesperson for Ciudadanos, or Cs, Patricia Guasp, is demanding more health controls both at Ports and Airports in the Balearic Islands to avoid crowds.

"The lack of foresight and improvisation from the Government is inadmissible, because it generates confusion, insecurity and uncertainty, you cannot announce a decision then change it again within hours,” she said. 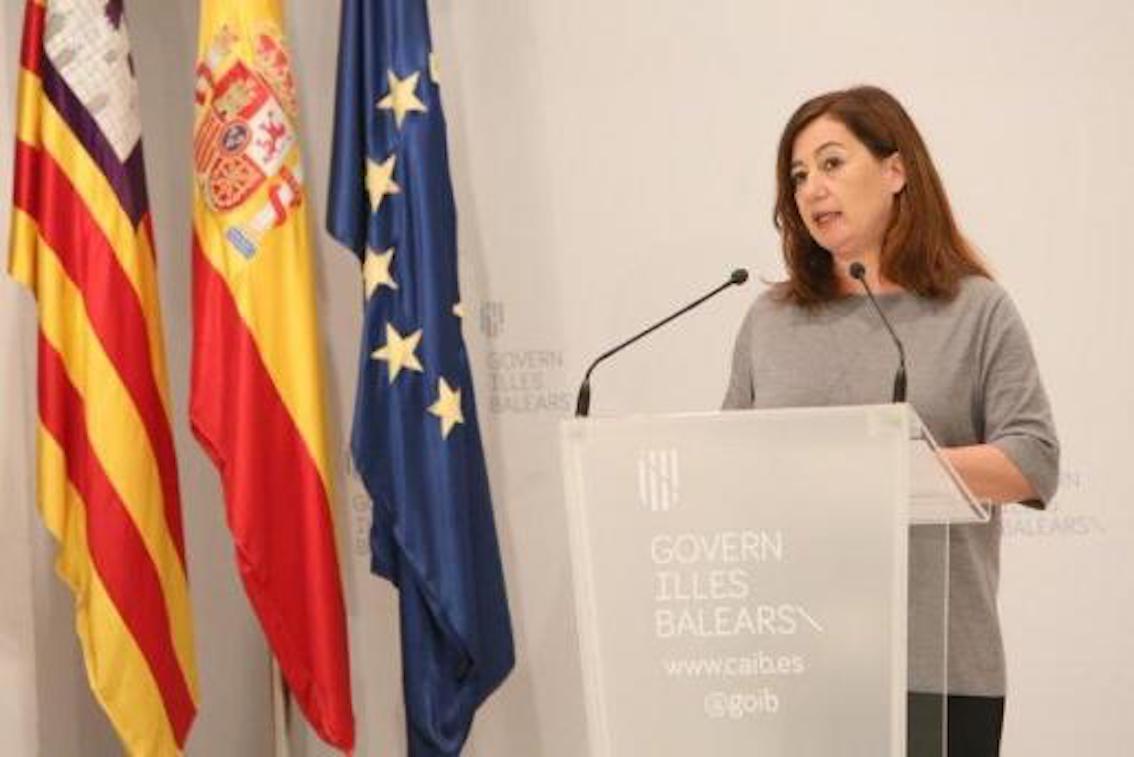 "We remind President Armengol that to continue improvising you must have a lot of preparation and she has shown that this Government has many gaps in varying criteria with respect to the Scientific Committee," she said.

"The Department of Health and the Ministry of Health must analyse which is the most effective detection test at origin, to guarantee the safety of passengers,” said Guasp. “The incorporation of more Healthcare Personnel at Ports and Airports contributes more resources and Personnel to the General Directorate of Public Health, more controls to prevent crowding and AENA must assume order in Arrivals and Departures and equip these spaces with modern temperature detection equipment,” she added.

Six Extraordinary Sessions of Parliament will be held on Tuesday and Guasp says the "Cs will vote in favour of the decree,” claiming “we were the first to request it, we knew that the mask was an ally at this time, and the Government has navigated with indecision, when it was something that was necessary to avoid possible outbreaks.”

She continued, "the decree leaves the protocols up in the air, in particular the role of the Local Police with respect to the State Security Forces and Corps, which we do not have, because they have not been presented to us."

However, she has requested that the content be made public saying "it is the basis of its deterrent nature, we can't just make sanctioning decrees, we must also seek the collaboration of others," she insisted.

When the Minister of Finance & Foreign Affairs, Rosario Sánchez appeared in Chambers, Guasp pointed out that "it is necessary to square some accounts that now have a huge hole in them and we will ask you to transfer a modification of accounts as well as a comprehensive audit.”

The Cs proposal will be put to the vote on Thursday in the Finance Committee in a bid "to reorient spending on Education or Health items, in addition to helping families, workers or the self-employed,” said Guasp, adding, ”we will ask for the adjustment plan, because not only can we expect money to arrive from the State or from Europe, but we must do our homework to readjust the Administration,” she added.

Guasp admitted that she had not read a tweet published by the Vox Group Spokesperson, Jorge Campos, which alludes to an article about July 18, 1936.

“I don't usually pay attention to what Vox does, we are very different to those that follow a line of harassment and demolition, of taking out its flags, when people care about giving solutions," she said. “While the Cs speak of controls at Ports and Airports, Jorge Campos alludes to a date that looks like it could be praise for Franco. The Cs will always defend the law of historical memory and its application.”