The Thursday figures from the Balearic health ministry indicate that there are 201 new positive cases (164 Mallorca, 22 Ibiza and 15 Minorca) and a positive test rate of 5.5%. The number of tests over the past 24-hour period was 4,436. This suggests that the test rate should be lower, but the ministry announced on Wednesday an alteration to the presentation of test data, so 5.5% it is.

Wednesday's test rate was 5.17%, so at present the rates are just above the World Health Organization's five per cent target. As the rate has recently been up near nine per cent, there are maybe some encouraging signs. 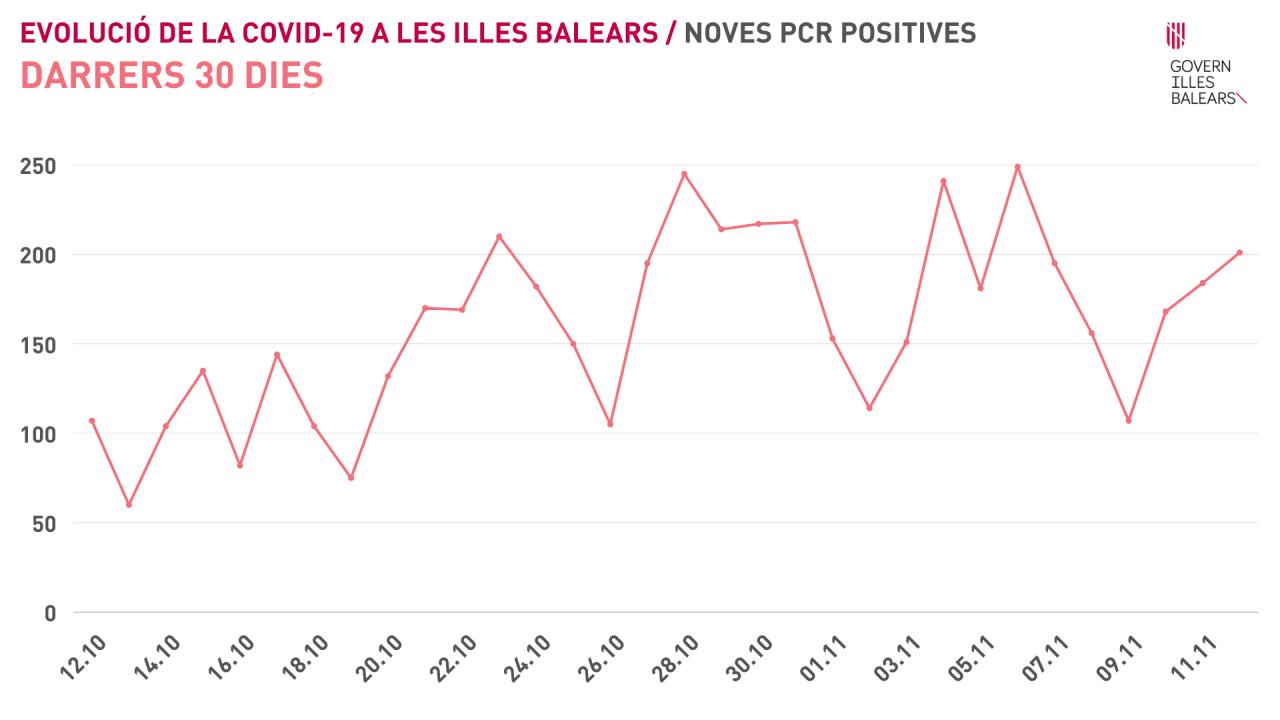 There are thirteen more patients on hospital wards in the Balearics - 225 in all (Mallorca 157, Ibiza 60 and Minorca eight) - while the number of patients in intensive care units has risen by one to 54 (Mallorca 44, Ibiza seven and Minorca three).

Twenty more patients have been discharged from hospital and a further 142 have recovered. The number of fatalities has risen by three to 386.