No change in the number of intensive care patients in Mallorca. | Miquel À. Cañellas

The Balearic health ministry reports 165 new positive cases on Tuesday. With 3,707 tests having been performed, the positive test rate has fallen below five per cent to 4.45%. Of the 165 cases, 143 are in Mallorca, 19 in Ibiza and three in Minorca. 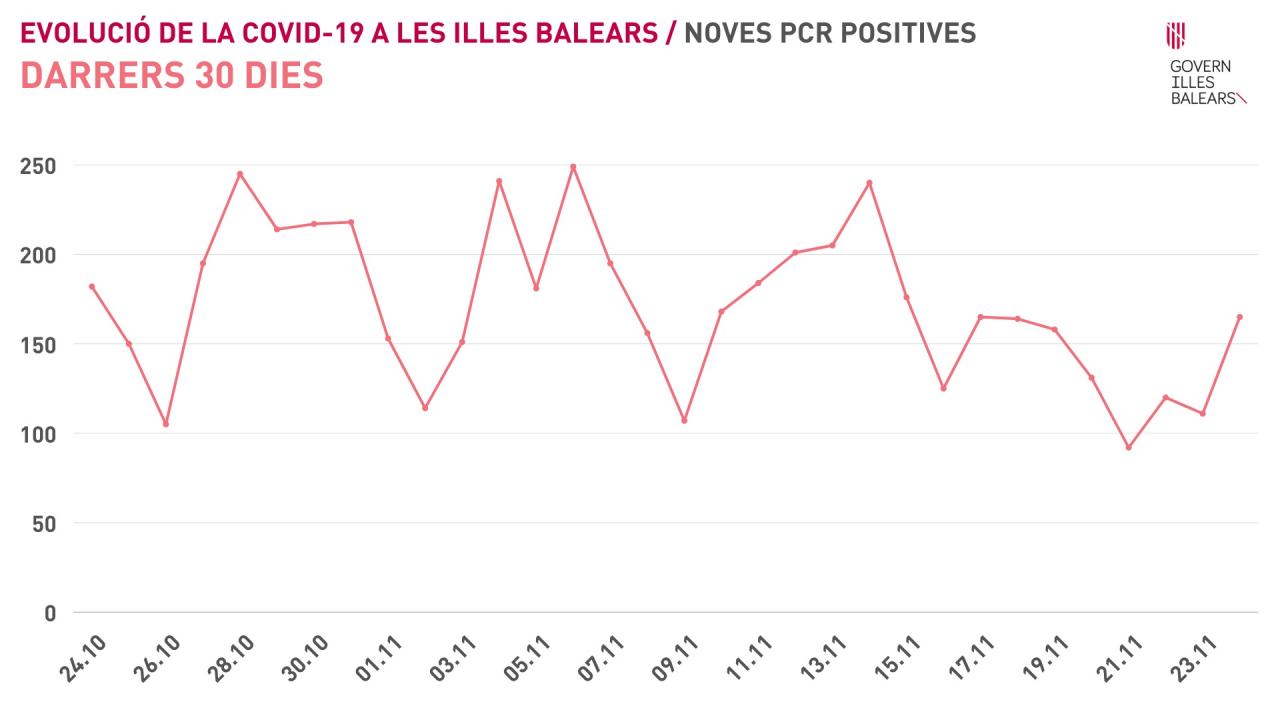 The number of patients on hospital wards, which rose by 14 yesterday, has come down by thirteen. There are nine fewer patients in Mallorca (175) and four fewer in Minorca (13). In Ibiza the number is unchanged - 36. In intensive care units there are two more patients - 54 in all. In Mallorca there are 42 patients, as was the case on Monday, with there having been increases by one in both Ibiza (eight) and Minorca (four).

Twenty-nine more patients have been discharged from hospital and a further 230 people have recovered.

The ministry reports one further fatality; the total is now 402.

There has been no update of the active cases per municipality since yesterday.