There’s a severe shortage of red prawns in Mallorca and their disappearance has raised the thorny issue of overfishing, yet again.

Trawlers gave up trying to catch Soller shrimp weeks ago and although their absence isn’t as dramatic as it was in the summer of 2016, it’s a hot topic in the harbours of Mallorca.

“The amount being caught right now is ridiculous," said Opmallorca Mar President, Pedro Merchant. “Only 150 kilos was sold yesterday at Palma market when it would usually around 600-700 kilos.”

Fishermen are reluctant to offer a scientific reason for the scarcity of red prawns, but most attribute it to the high water temperatures and sea currents.

"At a depth of 750 meters it's 13.2-13.3 degrees, which is very high, it's normally 12.6-12.7 degrees at this time of year," claims Es Morràs skipper Blai Ferrando Vidal, who believes that strong southwest currents are affecting catches. 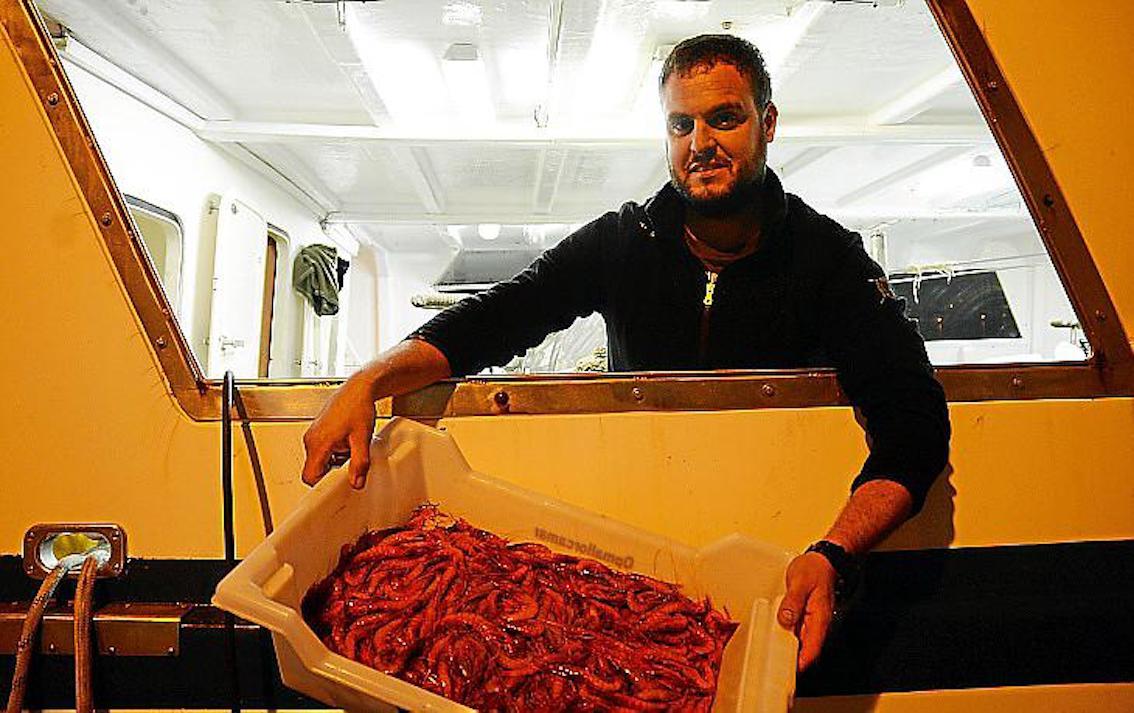 "If people want to eat prawns this Christmas they’ll have to buy frozen ones," adds Cap Salines skipper Jaume Joan.

Trawler fishermen's red prawn catches have been dwindling for weeks in Puerto Soller and even on good days they're only bringing 30 or 40 kilos of prawns ashore.

"These are cycles that must be scientifically analysed," insists Fisheries Director General Joan Mercant, who’s adamant that the shortage was not caused by overfishing. “Right now there are no prawns in the Balearic Islands or the Palamós areas.”

Pedro Merchant also points out that red shrimp live at a depth of 500-3,000 metres.

"Fishermen can’t trawl more than a 1,000 metres so they could be deeper underwater, but we don't know,” he explains. “Because of the shortage of red prawns a lot of fishermen are focussing on other types of catch that are more profitable per kilo, but red prawns that are caught fetch a high price at the market."

The lack of red prawns at this time of year is an economic blow to the Fishing Sector because they are usually sold at a much higher price during the Christmas period.

“It's a pity that it’s happening now because it’s usually a very profitable time for us," say the fishermen.

In November and December of last year around 8.5 tons of shrimp were being caught which is a big difference compared to this season, but the fishermen are confident that it’s a temporary situation and their catch will return to normal in a few weeks.

Fisheries Director-General Joan Mercant has acknowledged that there's growing concern amongst over European fishing limitations for next year.

The Government is studying ways to help the Fishing Sector, but direct aid is out of the question because Europe has imposed a 7.5% reduction in fishing, which means trawlers will lose an extra 12 days fishing a year and Merchant says that could really hurt the Sector.

Half of one degree won’t expel the prawns. Trawling them out of the sea wholesale is the issue. As it is around the world. We are scraping the seas bare and don’t care.