An elderly man has been detained by the National Police for allegedly setting fire to a rubbish container in Carrer del General Riera in Palma.

Several witnesses called the Police to report that a man was lighting up rubbish in the container. Swift action by a neighbour who had a fire extinguisher prevented the flames from spreading.

Several Police patrols were deployed to the scene and the suspect was arrested.

Officers believe that the man may also be responsible for setting fire to rubbish containers in Carrer Torcuato Luca de Tena in Palma on October 23. 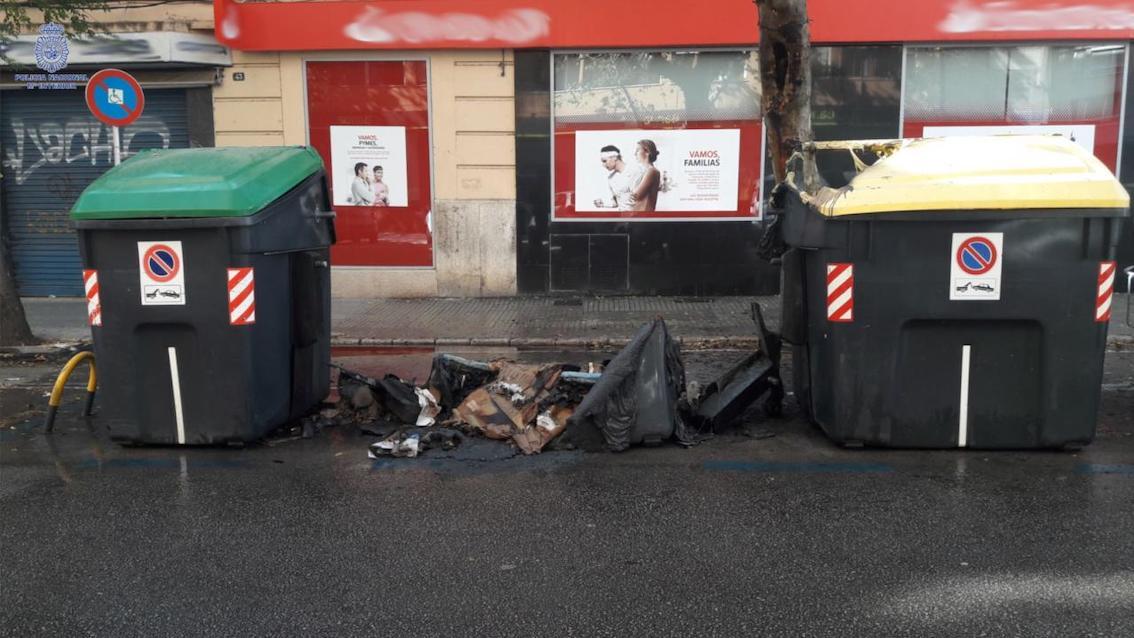