Intensive care number in Mallorca is down 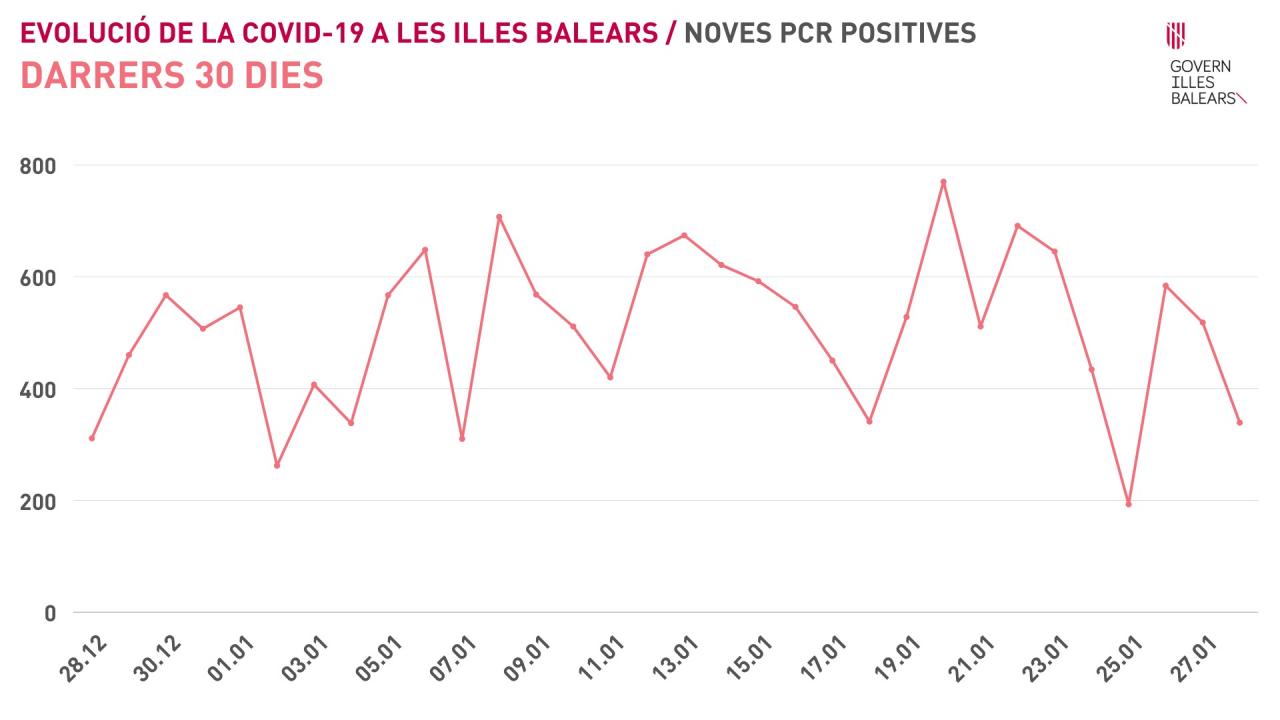 Thirty-six more patients have been discharged from hospital and a further 579 who were being attended to by primary care have recovered. In Mallorca, the primary care number has fallen once again - by 244 to 5,627 - but the number has increased in Ibiza by 91 to 3,722 and in Minorca by 18 to 489. In Formentera, the number is down one to 158.

The ministry has confirmed the deaths of eight more people. The total is now 579.