The Balearic health ministry reported just 48 new positive cases of coronavirus on Monday, 22 fewer than on Sunday. There were 611 fewer tests than the number reported on Sunday - 1,714 as opposed to 2,325. The test rate is down to 2.8%. In Mallorca there are 40 new cases and in Ibiza eight; there is less testing on the other islands on Sundays. 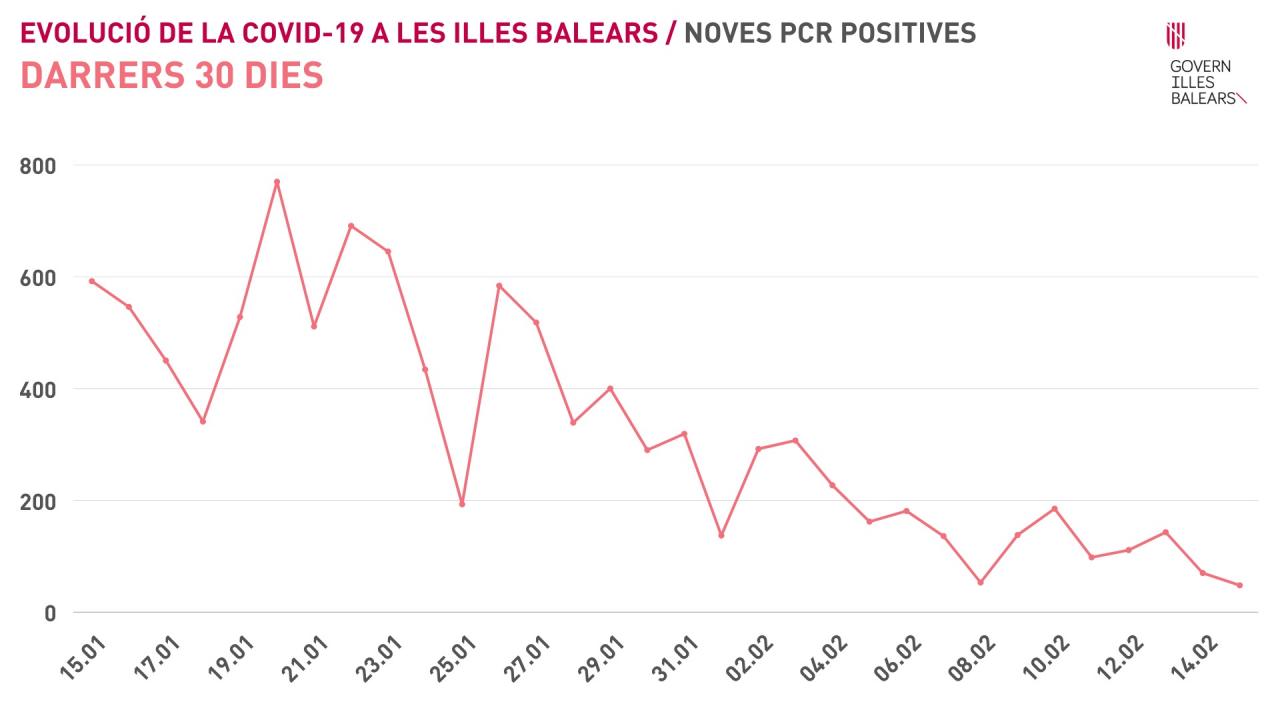 The number of patients discharged from hospital is typically low on Sundays. The report indicates four, while a further 361 people who were being monitored by primary care have recovered. The total number of active cases in the Balearics is down by 273 to 4,179. Primary care in Mallorca is now monitoring 2,144 people, 126 fewer than the Sunday report.

There are, however, six more deaths. The total is now 670.