The migrants docked at the Gran Canaria port of Arguineguin

A migrant disembarks from a Spanish coast guard vessel, in the port of Arguineguin | BORJA SUAREZ

Spanish health workers resuscitated a toddler who was among 52 sub-Saharan African migrants rescued off the island of Gran Canaria in the Atlantic Ocean on Wednesday, a Reuters witness and Spanish authorities said.

Shortly after a Coast Guard boat carrying the migrants, many of them suffering from hypothermia, docked at the Gran Canaria port of Arguineguin, two Red Cross medics rushed over and started performing CPR chest compressions on a young girl lying on the concrete pier.

The toddler was one of 10 people, including six children and a pregnant woman, who had to be rushed to the hospital due to hypothermia, according to the Canary Islands emergency service.

Other migrants waited patiently on the deck while those in need of medical attention were taken ashore.

The number of undocumented migrants arriving in Spain's Canary Islands rose eight-fold last year from 2019, with the impact of the COVID-19 pandemic on tourism and other industries in north and sub-Saharan Africa pushing many more to embark on the dangerous journey. 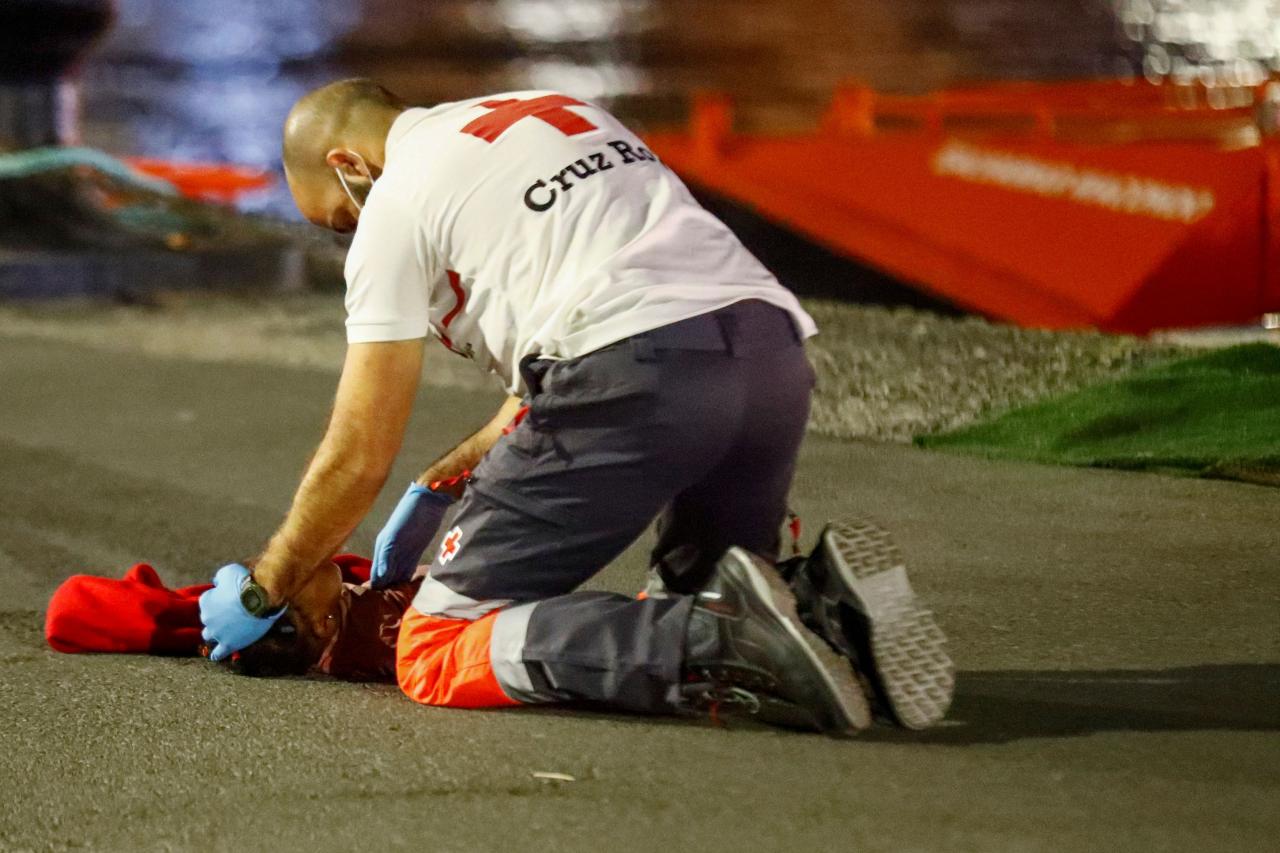 Hundreds died or went missing last year after attempting the crossing to the Spanish islands in the Atlantic Ocean, often in rickety, overcrowded boats with unreliable engines, the U.N. refugee agency UNHCR has said.