Only 3.2% of Balearic residents have had both jabs

The Balearic Islands have vaccinated the least amount of people in the country with just 3.2% of the population having received both injections, which is well below the national average.

Madrid is also woefully slow in vaccinating people, just 20.78% have had one jab and 3.75% have had two.

Nationwide, 21.6% of the population has received the first injection and 4.76% has had both.

The Ministry of Health justified the sluggish vaccination programme in the Balearic Islands claiming the doses received are "based on the target population, not the total population,” and that once specific groups are immunised, more doses will be allocated and the programme will speed up.

"Very specific groups are still being vaccinated, including those over the age of 80 and proportionally there are fewer people in that age group," said a Ministry of Health Spokesperson.

The AstraZeneca suspension also delayed vaccinations but are scheduled to resume on Wednesday.

By March 17, the Balearic Islands had received 86,940 doses of the Pfizer vaccine, 11,100 of Moderna and 47,500 of AstraZeneca and 80.4% of them have already been administered, so injecting people doesn't seem to be the problem, it's not having enough doses that's holding things up.

Health Minister, Patricia Gómez, continues to insist that 70% of the Balearic population will be immunised by summer. She said earlier this week that the Balearic Islands has the capacity to deliver 260,000 vaccines a week with the help of private clinics and is confident that the vaccination schedule is on target.

But residents and business owners in Mallorca completely disagree. Compared to other places, the Balearic vaccination programme appears to be dead slow and stop and there are constant calls from the business community and residents for immunisations to be speeded up immediately, to reduce the risk of infection, protect residents and get the economy back on track. 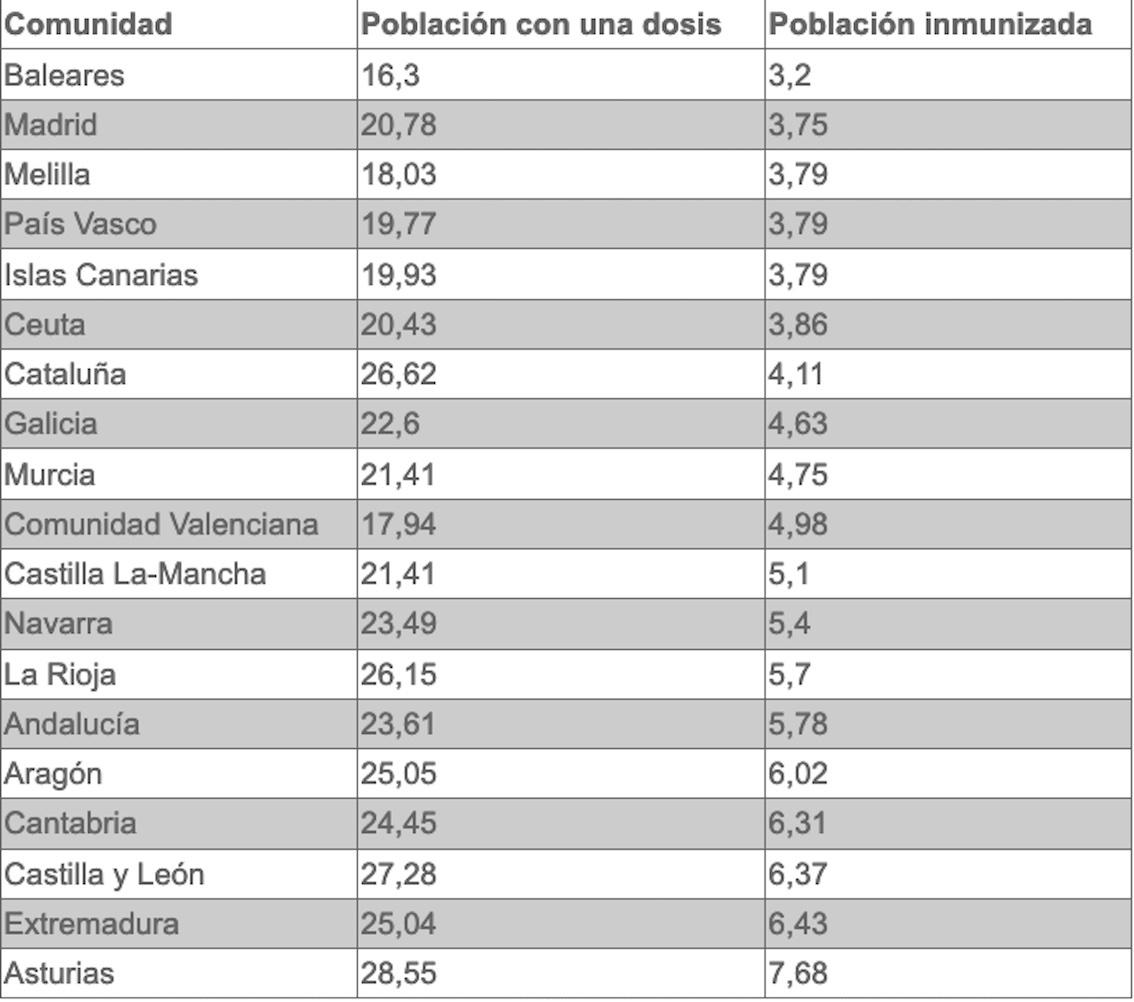 Wow - this story tells it all. Spain appear to be hanging Mallorca out to dry!!! They’ll want the taxi revenue and tourists back on the island - but are doing nothing to protect the population with vaccinations. In fact, less than nothing as our vaccination rates are lower than the mainland. When will someone stand up for Mallorca? What are the Balearic Government doing? Take a look at how Greece are treating their islands please. This is truly shocking.

Martin Page | about 1 year ago

The Balearic and Spanish governments seem to think that if they say often enough that 70% of the population will be vaccinated by the summer then it will happen. It is the typical Spanish approach lots of talking but no action.