Fears over the season in Mallorca

People enjoy the beach during their summer holiday. | YANA PASKOVA

TUI touched the brakes on its summer holiday plans on Thursday, lowering capacity for July onwards to 75% of 2019's level from 80% previously, as Europe's peak travel season hangs in the balance.

Germany-based TUI has secured multiple bailouts from the German government to see it through the pandemic, and like most airlines and travel companies is banking on a big travel rebound this summer to restore its battered finances.

But hopes for a recovery have been thrown into doubt over the last week due to rising COVID-19 cases in some European countries including Germany, which alongside Britain is TUI's biggest customer market.

TUI's Germany-listed and UK-listed shares were 5% lower in midday trading. 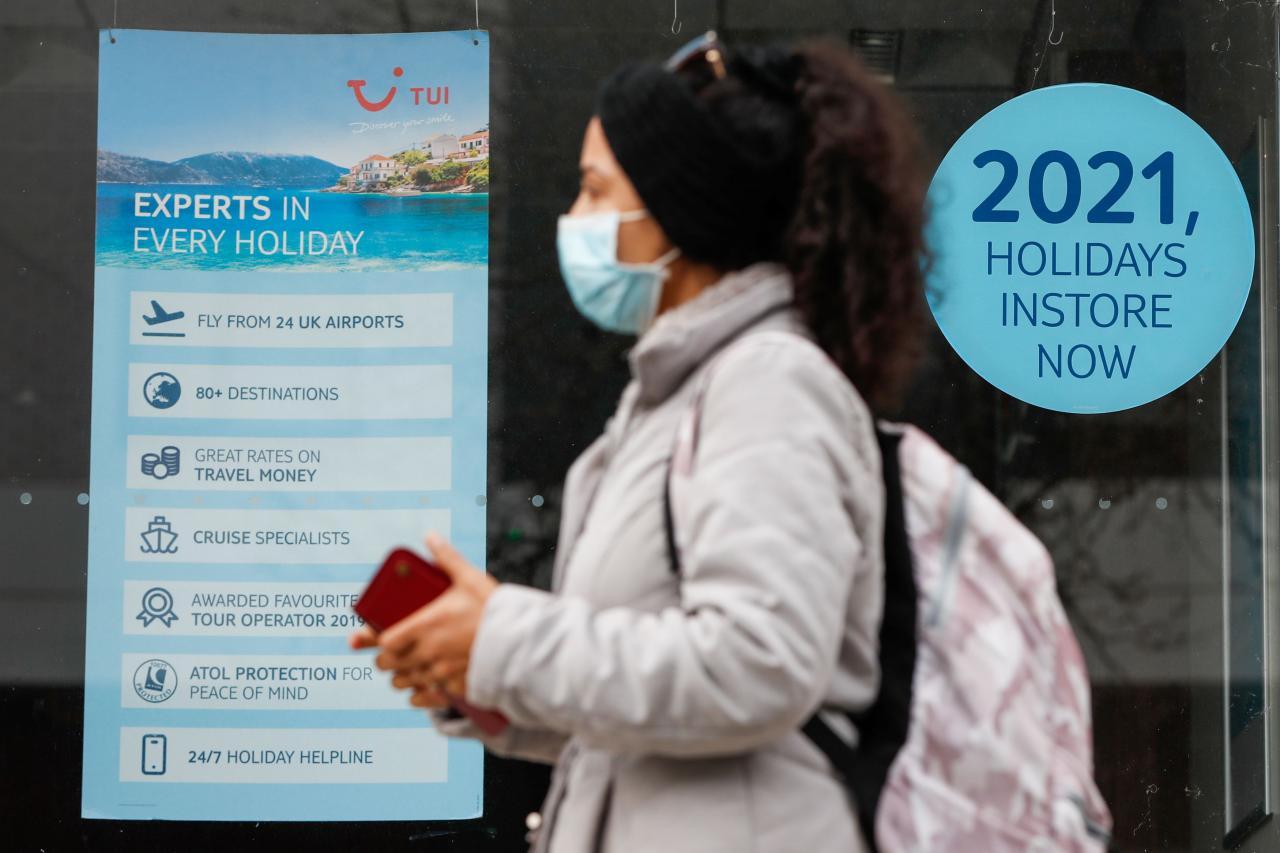 Speaking at the company's annual general meeting, TUI Chief Executive Fritz Joussen said that demand for travel was strong but "conditions for tourism need to be created at the political level" through vaccinations.

"The end of travel restrictions now seems within touching distance," Joussen said.
TUI, which before the pandemic took 27 million people on holiday a year, said that although it had slightly trimmed capacity it had the ability to flex it up at short notice.

Joussen said a recovery in travel could bring in liquidity of 2 billion euros this summer, allowing the company to start repaying some of the 4.1 billion euros of loans it received from Germany.

He said the company was in a position to bear the debt burden taken on to survive the crisis, and to reduce it over time, helped by cost savings of 400 million euros per year and through plans to dispose of assets and access refinancing opportunities which become available.

TUI said 180,000 new trips had been arranged since February, bringing its total bookings for this summer to 2.8 million - still 60% below 2019 levels, when people travelled freely before the pandemic.

Joussen said prospects for summer travel from Britain, where more than half of all adults have now been vaccinated, were good.

But Britons eager for a Mediterranean getaway have been repeatedly warned by government ministers that it is too early to book trips abroad for this summer.

In Germany, where infections are rising exponentially and the vaccine roll-out is slower than in the UK, there is a debate over whether to bring in a general travel ban or quarantine requirements, which could dent TUI's outlook.