The Balearics will protest against the mandatory wearing of face masks at beaches and swimming pools at today’s Inter-territorial Health Council meeting and make it clear to Madrid that face coverings are not necessary when sunbathing. 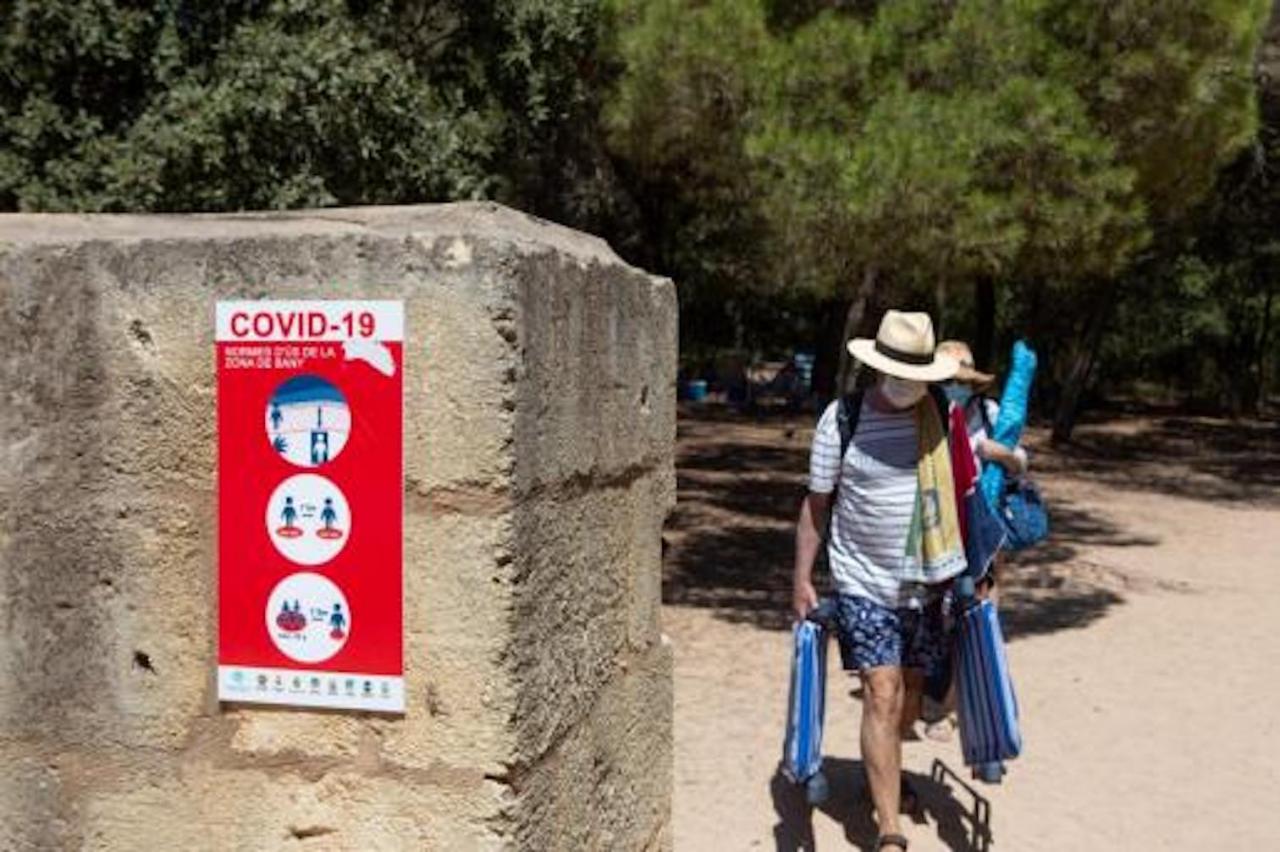 Face masks are mandatory in all public spaces, regardless of social distance and the beach rule was apparently included in the Decree Law that was approved after the State of Alarm in June last year. but was not activated until now.

"The law must be complied with, but if they give us a margin, we will exercise it," said Health Minister, Patricia Gómez. 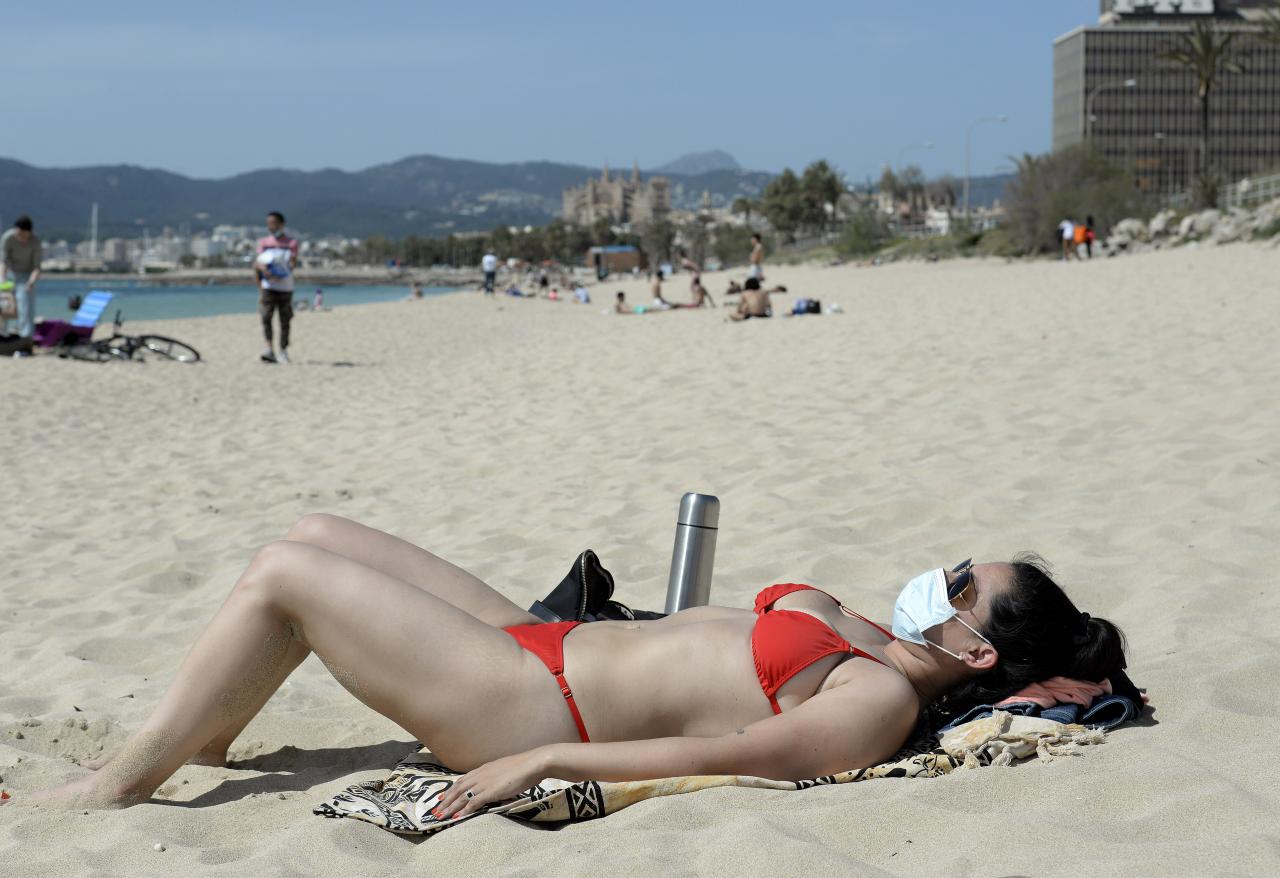 In the meantime, anyone caught on the beach without a face mask will be fined 100 euros.

German Tour Operators and hoteliers in Mallorca reacted with surprise to the new law .

"We no longer know what criteria to act on or what to say to tourists who want to come on holiday to Mallorca,” they said. 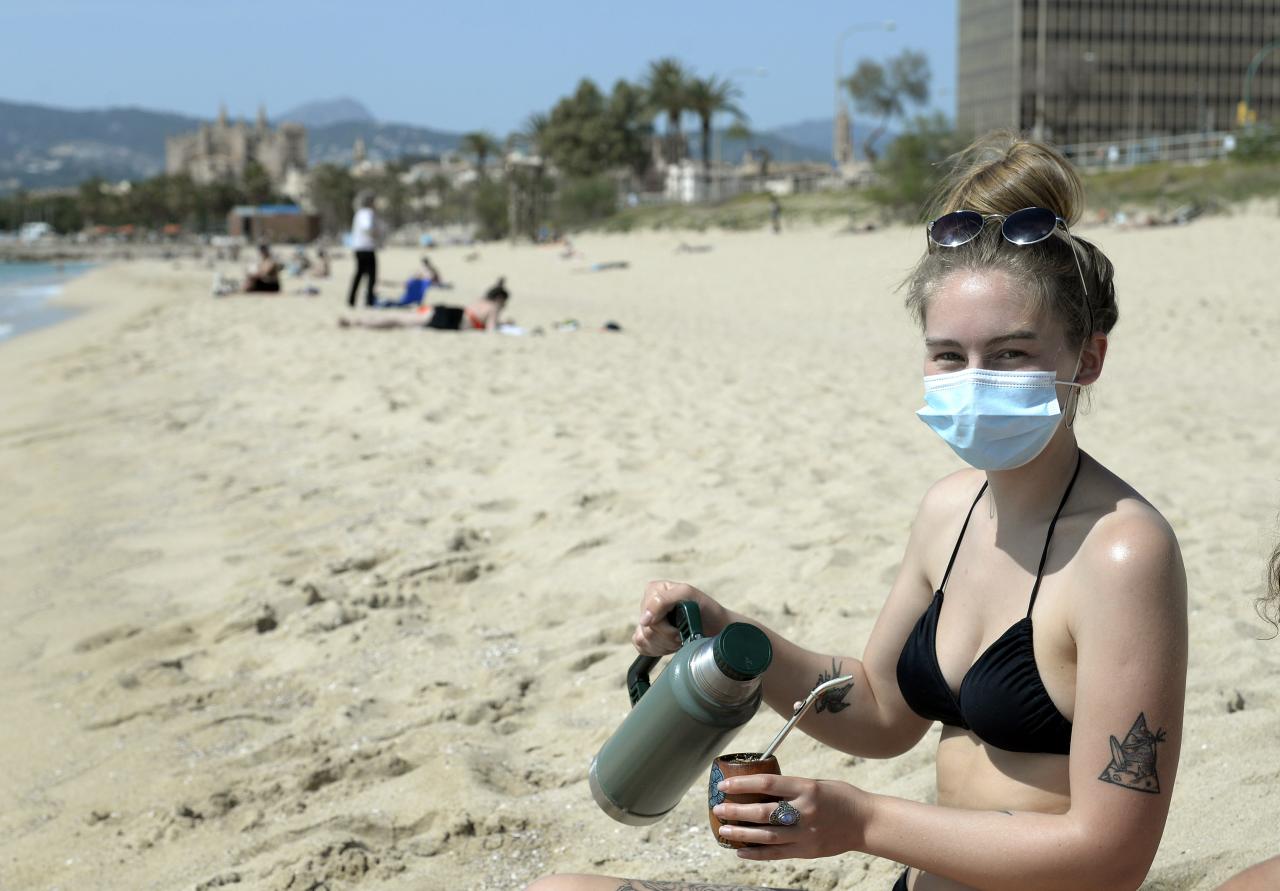 "Tourists will come to Mallorca whether they have to wear a mask on the beach or not, because Germany is also also forcing everyone to wear a mask in public places," insist Business owners and Tourist Groups. 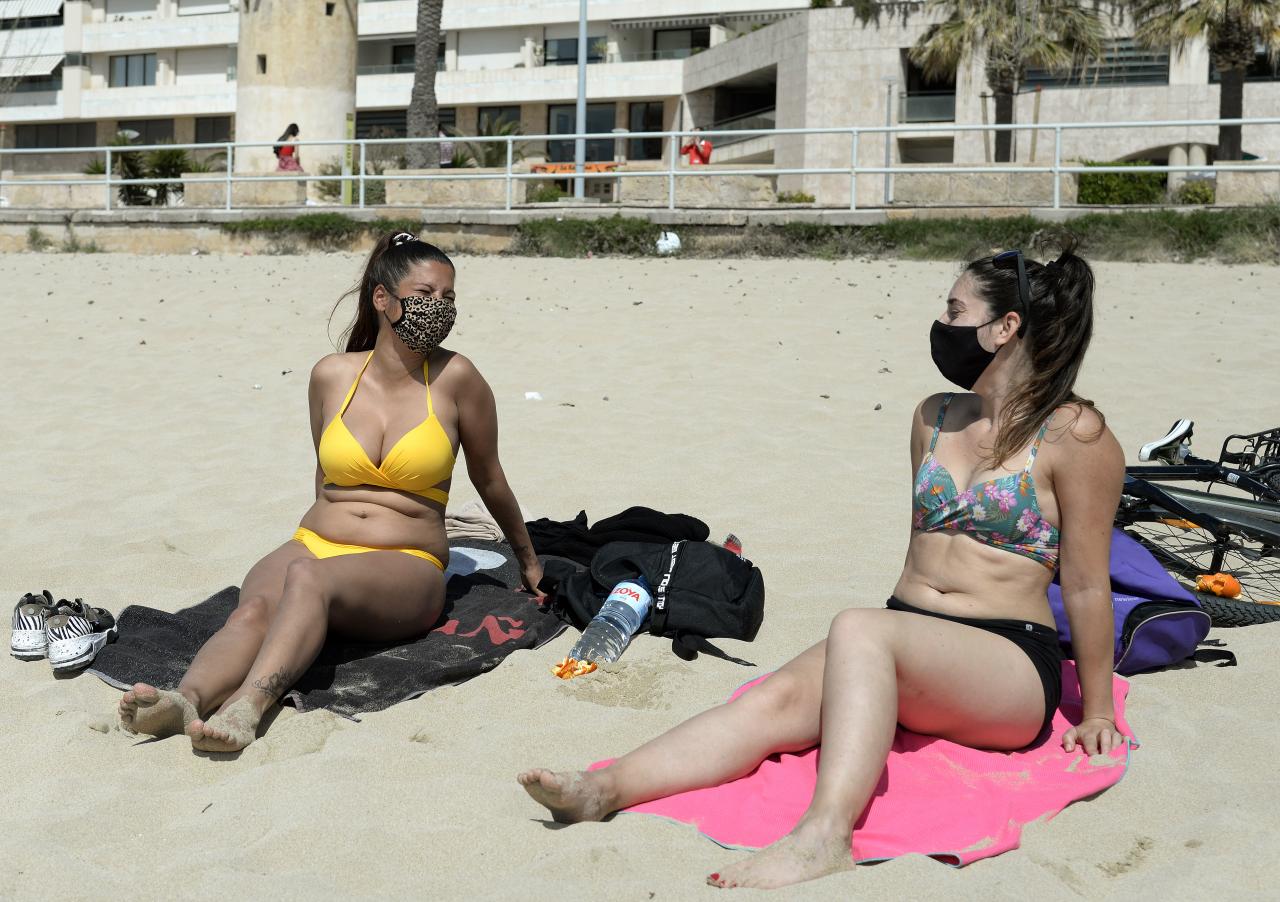 “Although we don't understand the reason for it, especially on the beach, we hope that the health measures will help us to have a summer season,” said Mallorca’s Hotel Associations, “but the problem will be exacerbated if a mask is required on the beach in July and August.”

Civil Service Minister, Mercedes Garrido said it's important to comply with the regulations, that surveillance will be stepped up over Easter and that sanctions will be imposed for breaking the rules.

"Special attention will be paid to areas where data shows a higher frequency of non-compliance," she said.

More Police and Security forces will be deployed to tourist areas from today and they'll also be checking the common areas of hotels and bar and restaurant terraces to make sure that the restrictions are strictly adhered to.

Minister Gómez said the strict measures for social gathering will be in place until Sunday April 11.

Only those living in the same house can socialise together in private spaces indoors or outdoors. 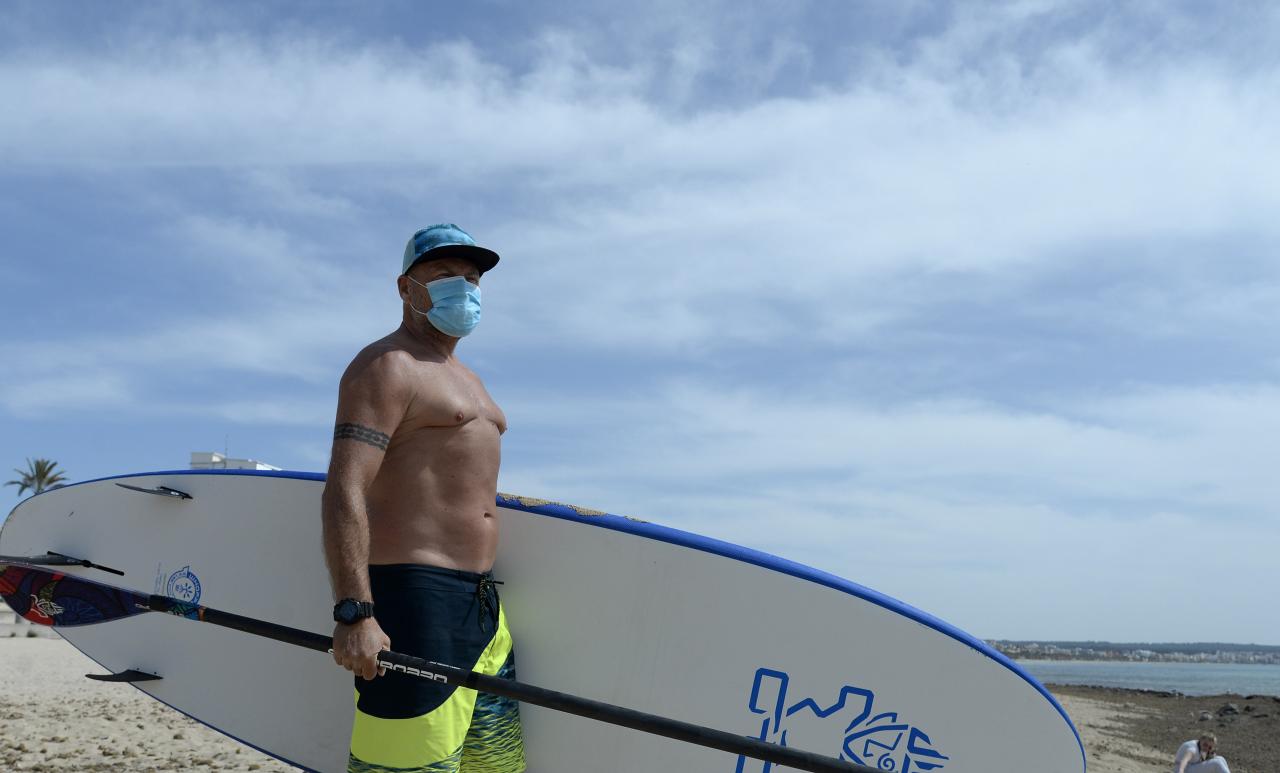 A maximum of 6 people from two homes are allowed to meet in public spaces, but only 4 people can eat and drink together on bar and restaurant terraces in Mallorca and Ibiza.

Drinking is banned in parks, plazas, car parks and all other public spaces.

Johnf | about 1 year ago

Steven | about 1 year ago

Rumour is that Madrid is about to drop the beach rule... Common sense has prevailed that a) there is no science supporting this rule and b) it'd kill the tourism industry even more than it already is.

John Parkinson | about 1 year ago

My flight from Manchester to Palma 15 June has been cancelled.Also no flight 16 June. Perhaps I am lucky as can use vouchers to fly to country who have politicians that want to help the tourist industry. Cannot afford the fines Spain seems intent on introducing for visitors so big decisions to be made as we have minimum of six weeks booked this year in apartment. That is lot of spending on the Island