Swing dance is making a comeback in Mallorca and there’s even a dance school in Palma dedicated almost exclusively to swing.

Back in the 1920’s-1940’s swing dancing was all the rage and there are hundreds of different styles, but the Lindy Hop, Balboa and Charleston are probably the most famous.

The Lindy Hop originated in Harlem in the early 1930s and is characterised by an 8-count swing out with emphasis on improvisation and switching from 8-count to 6-count rhythms.

The Balboa, is an 8-count dance which was popular in the conservative dance halls of southern California where space was extremely limited and the wild kicks of the Charleston and Lindy Hop were banned.

Pure Balboa partners stand chest to chest, there are no spins or turns and it’s usually danced to fast jazz, but when Bal Swing evolved from Balboa, the dancers introduced a variety of spins, turns, dips, and air steps.

Lindy Charleston is very similar to the original Charleston of the 1920's, but the pulse of the dance is lower, like the Lindy Hop and there’s also a number of positions, including side-by-side, hand-to-hand, and tandem.

Basilio González is the Director of the Tandem Club in Palma, which specialises in Lindy Hop, Claqué, Balboa, Jazz Steps and Electroswing.

After a year of not being able to dance in the street or in clubs, a group of students strutted their stuff at an exhibition in Ciutat Jardí earlier this week to celebrate the school's anniversary.

“A month ago we asked the City Council for permission to show some of our choreography, but we didn’t think they would grant it to us, so we were very surprised when they said yes,” explains González. 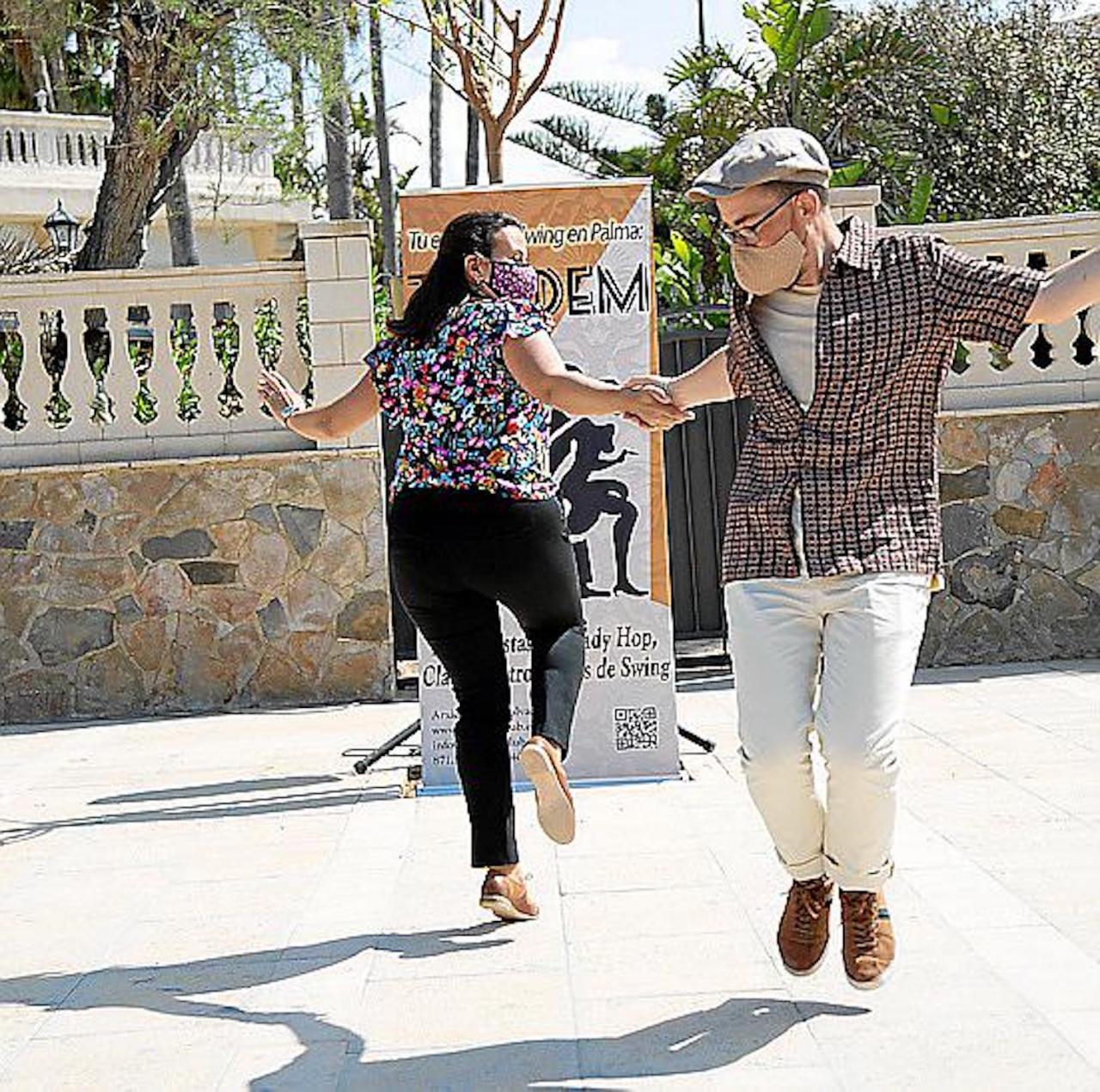 The exhibition consisted of two parts, the first was 40 minutes long and focused on different groups of ten people, who performed a series of choreographies. The second lasted for two hours and featured dancing in pairs.

González says the whole day was a joy to watch.

“The most important thing was that the students were able to experience something close to normal after so long.”