The Fomento del Turismo de Mallorca, the Mallorca Tourist Board, which was founded in 1905 and is probably the world’s longest-established tourist board, yesterday launched a series of early travel posters sourced from the Fomento’s own archive material.

Called the Mallorca Vintage® collection, it comprises illustrative cartography featured in guidebooks produced from the 1920s onwards, watercolours of the island’s landmarks painted in the 1930s, and rare (first edition) posters created in the late 1940s and 50s.

These artworks are testimony to Mallorca’s rich tourism history and its pioneering role at the advent of popular tourism in Europe in the 20th century.

The collection has been made possible through a “lockdown-born” collaboration with leading British licensed travel poster art specialists, Stick No Bills®, who made Mallorca their global headquarters in 2015, and have now curated, digitalised, and remastered these rare artworks for exclusive publication from their European flagship gallery in Palma.

“We are enthralled by the unique artworks that we discovered in the Fomento’s archives and we feel privileged to have this exclusive licence with which we can respectfully bring about their 21st century revival. Looking forward, we are already working on new additions to the initial Mallorca Vintage® collection with seasonal themes and atmosphere,” says Meg Gage Williams, Co-Founder of Stick No Bills®.

Her husband, leading photographer and illustrator, Philip has spent the best part of the past four months trawling through the scores of posters the tourist board has stored in its warehouse, selecting the ones he considered most emblematic to be restored to their former glory. 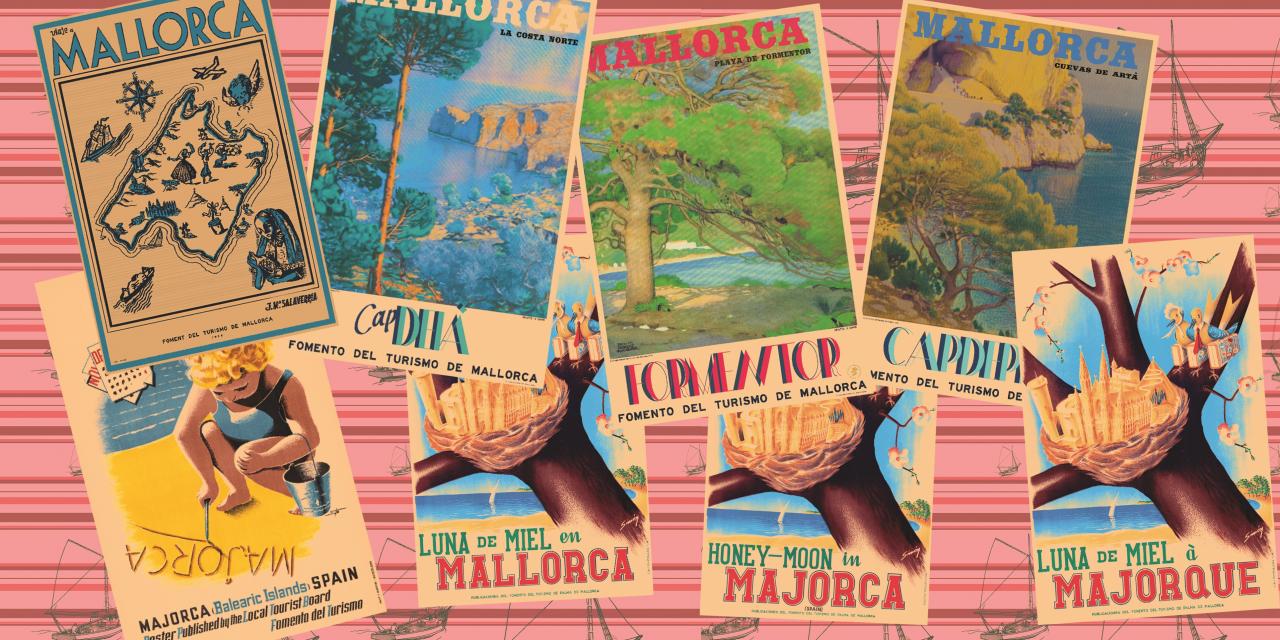 The President of the tourist board, Eduardo Gamero said: “During lockdown we looked through our rich treasure trove of archive material and the early tourism posters that the Fomento had produced with well-known artists and illustrators over the decades from the 1930’s. Stick No Bills® has painstakingly researched, catalogued, and refined this collection, to ensure its authenticity and quality, producing these second-edition prints that bring our iconic images alive once more and accessible to all fans of the island.

“Originally many were aimed at the domestic and the British market, which has been the dominant source of holidaymakers for decades and a market the tourist board still considers to be extremely important to Mallorca.”

Meg stressed that the exclusive collection of posters, which is still being added to, is a reminder of the island’s deep and wonderful heritage and industry, not to mention its longstanding connections with British visitors, hence some of the first were produced in English.

The inaugural nine images (available both as open and limited editions) showcase six of the Fomento’s most iconic posters, with three language variations - English, French and German - of one of its most successful campaigns entitled “Luna de Miel” (Honeymoon in Mallorca). 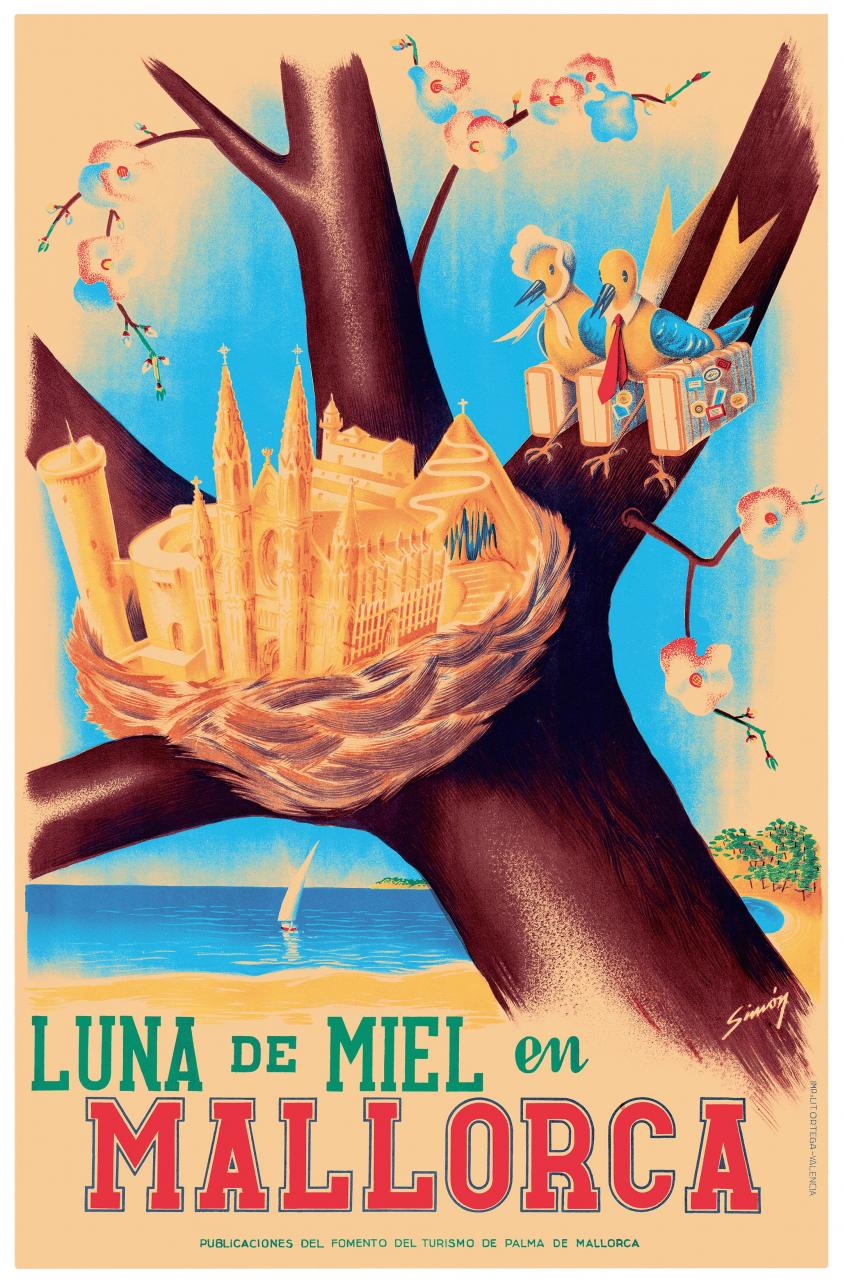 This is undoubtedly the most iconic and successful travel poster produced by the Fomento del Turismo de Mallorca in its one hundred and sixteen year-long history.

The original lithograph was created by local artist, Simón Muñoz Lemaur, who entered a competition organised by the Fomento in 1949, and the image became part of a wider campaign to promote the island to honeymooners and couples in Spain and overseas in France, the UK and latterly in Germany.

Now lovers of Mallorca all over the world can order these prints in a variety of sizes at: www.sticknobillsonline.com/collections/mallorca-vintage-collection

“ Mallorca's love affair with the British ” ? I cringe when I think of Spaniards and other nationalities who enjoy the island coming across childish and needy drivel like this.