A record number of migrant boats have arrived in the Balearic Islands already this year and there appears to be no end to the flow of pateras.

Four boats arrived on Monday; two in Cabrera, one in Ibiza and another in Formentera, with 62 migrants onboard, which means a total of 1,499 migrants have arrived on Balearic shores this year.

The Algerian border was closed as a result of the pandemic, so the migrants can't be returned, but the Government now wants to reopen it so that they can be sent home.

“The objective is to open the border as soon as possible, we cannot consolidate an irregular flow,” said Government Delegate, Aina Calvo. 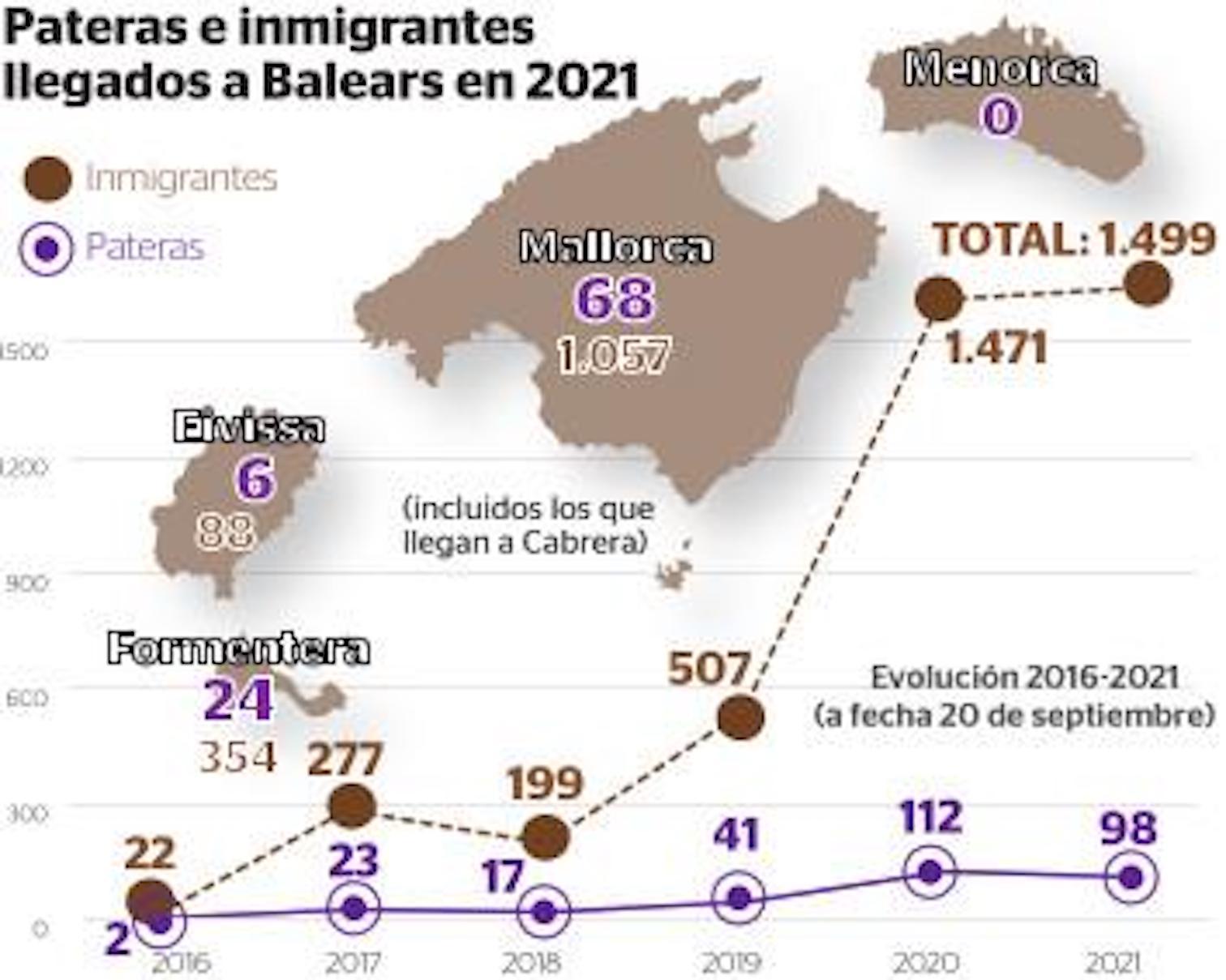 The wave of migrant boats in recent days is the largest ever recorded. 21 boats arrived in the Balearic Islands, bringing 175 people to Mallorca; 128 to Formentera and 19 to Ibiza, including children aged 6 months to 11 years old, several women, one of whom is pregnant.

The migrants are transferred to the mainland through a Humanitarian Assistance Programme supervised by non-Governmental organisations and from there they travel to various European countries, mostly France and Belgium.

"It is a phenomenon that worries us and is laborious to maintain, but we have the situation under control with very good institutional coordination,” adds Calvo, who alluded to the adequacy of a place in Son Tous to accommodate immigrants.

The migrants who arrived in Mallorca in recent days were taken to National Police stations.

“The migrants are cared for in conditions of absolute dignity,” insists Calvo, who confirmed that they are held for a maximum of three days while medical examinations and administrative procedures are completed.

On Monday, boat skippers were arrested by the Guardia Civil in Formentera as they tried to refuel an 8 metre long boat, which had allegedly been used to traffick people.