The latest yacht to be completed by Feadship, Viva is a state-of-the-art hybrid superyacht that is capable of cruising up to 12 knots under green power. Viva's hull sides have been finished in a special pearl-white finish for a glistening effect in the sunlight. | Youtube: SuperYacht Times

The super yacht Viva, hailed as the most environmental-friendly luxury vessel of its kind and was only delivered in June of this year, is currently moored off Son Caliu, Mallorca. 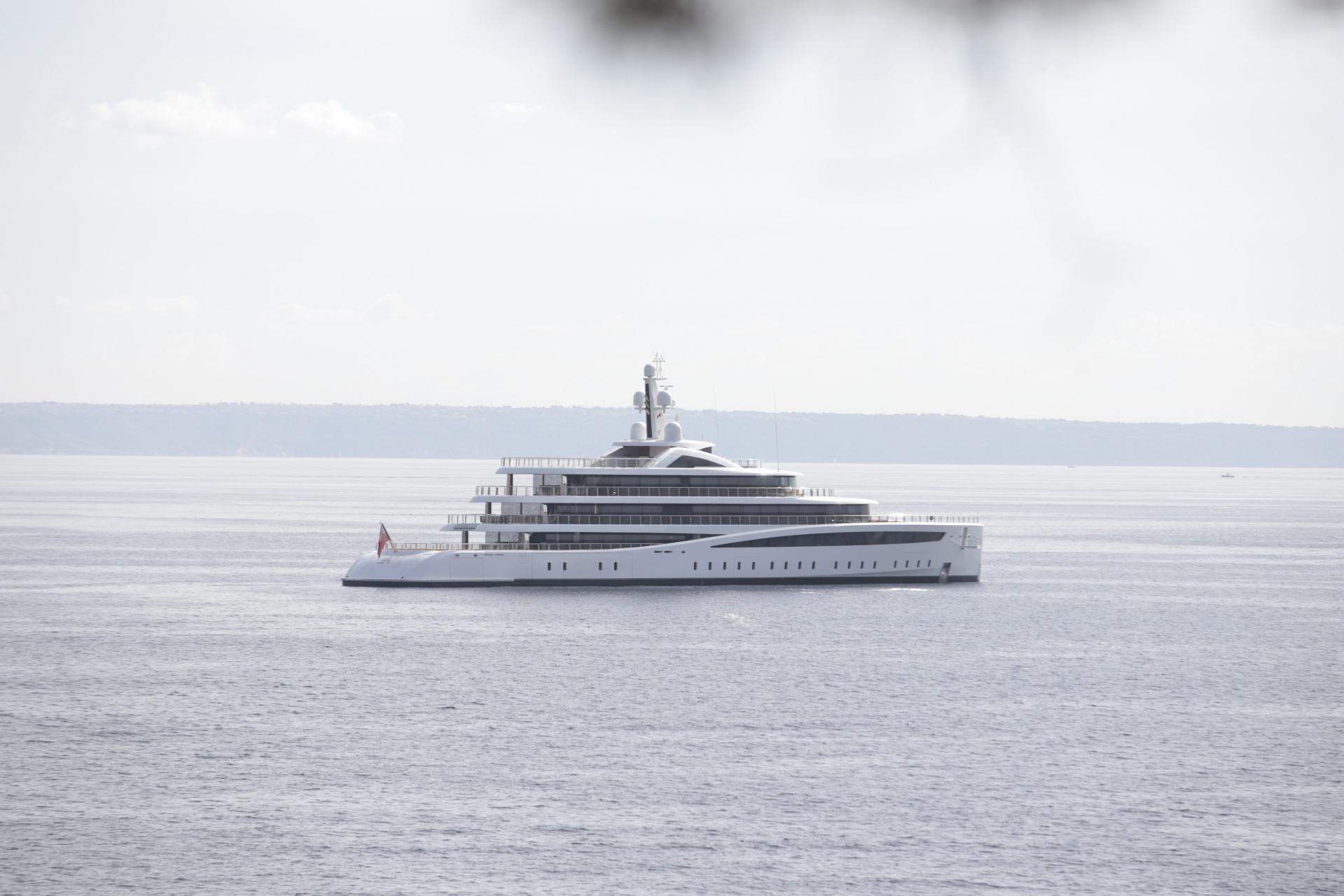 Owned by a mystery North American billionaire, VIVA set the target of keeping the environmental impact of this ground-breaking eco-friendly 94-metre pure custom Feadship at around the same levels as the owner’s previous Feadship, despite that being 32 metres shorter in length.

One of the ways in which this highly ambitious goal was approached, has been to install an exceptionally advanced hybrid propulsion system. This will allow VIVA to travel a comfortable 12 knots on diesel-electric power in the pristine areas the yacht is set to explore.

The giant glass construction is a prominent feature in the remarkable exterior design by Feadship Studio De Voogt and Azure. They also obviously play a key role in the open beach-house-style interior by Peter Marino Architects.

The owner’s “less is more” philosophy has influenced every aspect of the design inside and out, with an abundance of clean lines.

Painted in a special pearl-white livery, the hull has been designed, engineered and built to be as efficient as possible and reduce the engine power required to move VIVA through the water.