"Enter and cry," one sign tells visitors. "I too have anxiety," glows another notice in pink. There are phones in one corner with the names of people you can call when you are feeling down, including a psychologist.

Welcome to La Lloreria, or the Crying Room. Anyone can drop in at the project, housed in a building in central Madrid, which aims to remove the stigma in society attached to mental health, crying and seeking help.

"It is a really excellent idea to visualise the mental health issue. It is stigmatised to cry in Spain as in many other countries," said Jon Nelssom, a Swedish student who lives in the Spanish capital. 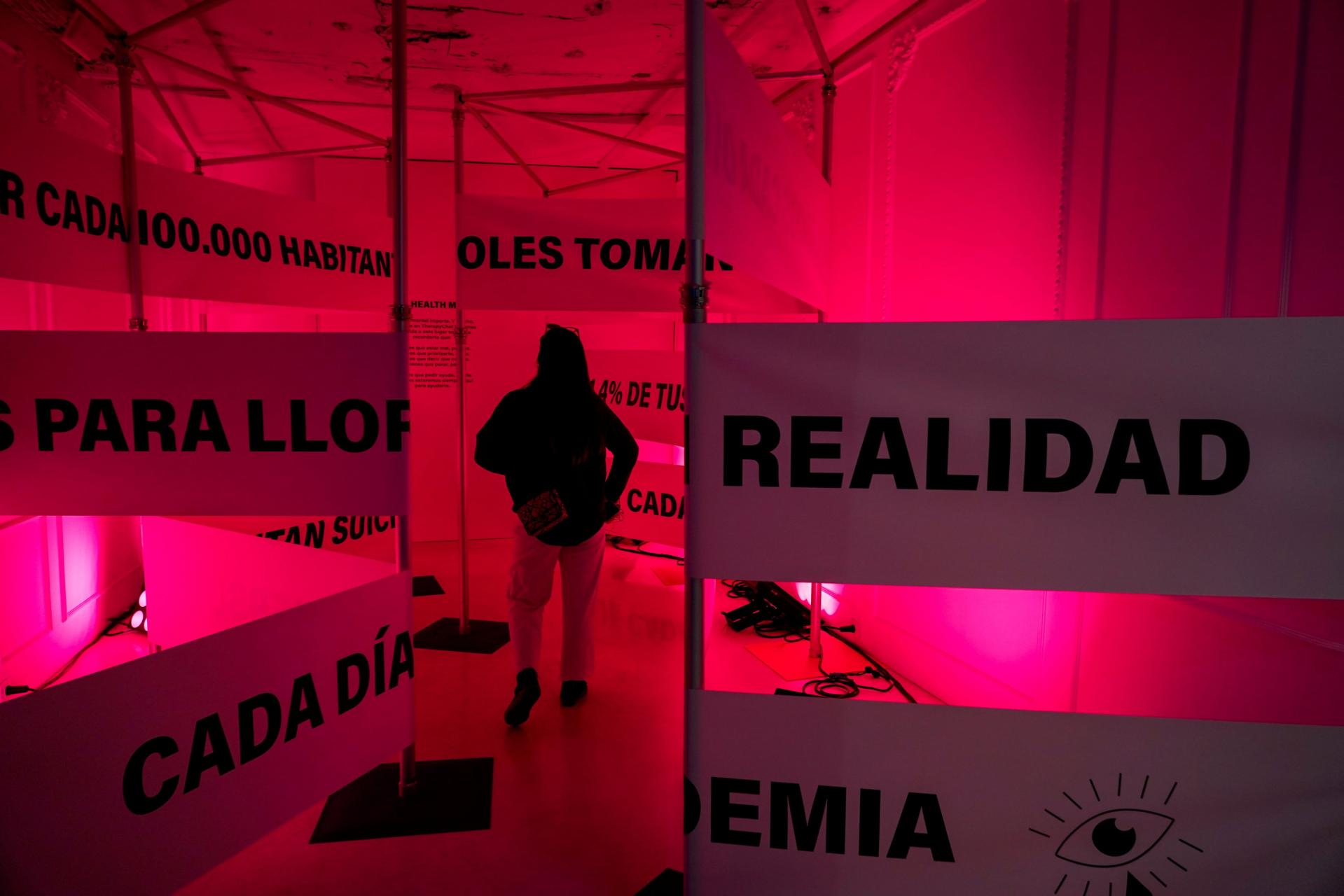 A week ago Spanish Prime Minister Pedro Sanchez separately announced a 100-million-euro mental healthcare drive, which will include services such as a 24-hour suicide helpline.

"It is not a taboo, it is a public health problem that we must talk about, make visible and act accordingly," he said about mental illness as he launched the plan on Oct. 10, World Mental Health Day.

In 2019, 3,671 people died from suicide in Spain, the second most common cause of death after natural causes. One in 10 adolescents has been diagnosed with a mental health condition while 5.8% of the overall population suffers from anxiety, according to government data.