Palma town hall says that the Kings Parade on 5 January is still going ahead but notes that regulations could change - the Balearic government will meet on Monday and review the health situation.

For now, the town hall is stating that, with the exception of children under six, all those attending the parade will have to wear masks (a Spanish government requirement anyway) and is recommending that older people and those from health risk groups do not attend. 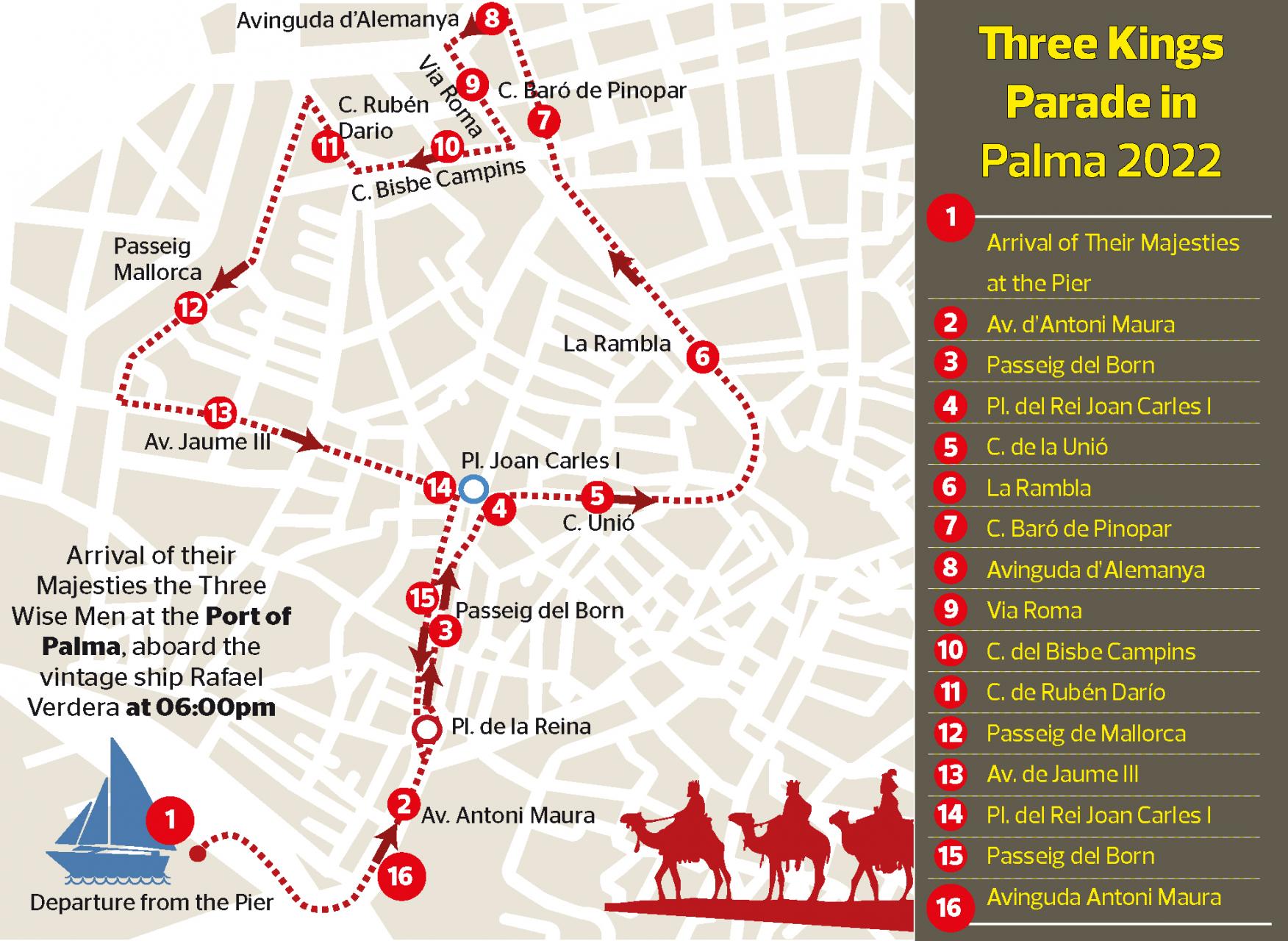 As usual, the Kings will arrive at the Moll Vell at 6pm, but the route has been partially modified to avoid narrower streets. It will end at the Casal Solleric (Passeig Born), but there will not be any entertainment to coincide with this.

Sweets will not be thrown from the floats, the town hall noting that the scramble for sweets could be a source of contagion and so therefore "must be avoided". Up to 500 people will take part in the parade on nine floats.