Another freezing cold night in Mallorca

Mallorca has spent another cold night with yellow level weather warning for low temperatures, which registered -5.2 degrees in Son Torrella (Escorca) and -1.3 ºC in Palma, according to data from the State Meteorological Agency (Aemet). 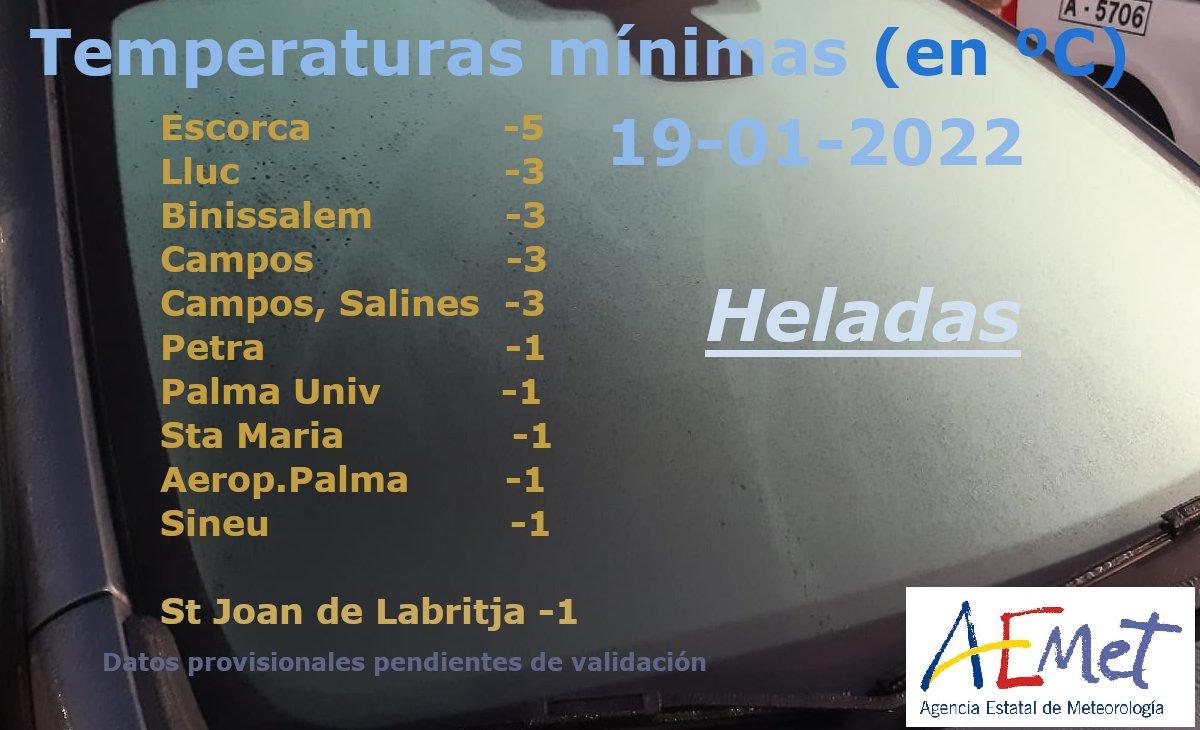 The warning has been active since early morning until the early hours of the day for the south of Mallorca - an area that includes municipalities such as Palma, Andratx and Calvia or Llucmajor - and the interior of the island. Mallorca has already seen several nights with very low temperatures.

On the night of Tuesday to Wednesday, eleven stations (one of them in Ibiza) have recorded sub-zero records. The thermometers have reached -5.2 ºC at the station of Son Torrella, in Escorca, at 7.10 am. The next lowest temperature was -3.3 ºC in Lluc, at 06.40 am.

Other areas with low temperatures were:

In the capital, the lowest temperature has been recorded by the station of the university at 06.30 am, with -1.3 ºC.

This morning freezing temperatures were recorded in Ibiza.

The coldest night of year in Mallorca.....