At the time of writing we’ve had some lovely sunny days and the forecast is that the rest of the week will also see the sun shining down in the island. This is par for the course and these sun-filled January days even have a name — they are called the ‘calmas de enero’, or the calm days of January.

Calm, however, doesn’t mean warm and at the weekend most people were complaining about how cold they felt…and many housewives were buying provisions for traditional Spanish dishes called ‘platos de cuchara’ — or dishes eaten with a spoon.

And these winter dishes are not only on household tables — you’ll also find them on the menus and blackboards of restaurants all over the island.

These traditional ‘plato de cuchara’ dishes, thick with veggies and a meaty content of some kind, also contain pulses. The three favourites are lentils, white beans or chickpeas. They are good examples of a full meal on a plate.

And some of the amateurs, mainly housewives, make ‘platos de cuchara’ that are every bit as good as those that come out of professional kitchens - and frequently they are better.
And it often happens that the ‘plato de cuchara’ dish served on the menú del día at bars on the outskirts of Palma will be one of the best ever — because it was cooked by a Majorcan or Spanish housewife.

But in the 16th century a wide variety of pulses started to arrive from South America and they were planted in different parts of the Spanish mainland to see how they took to acclimatisation.

The pulses quickly settled in very nicely and that is one of the reasons they feature strongly in the culinary traditions of towns and villages all over the country: the opportunity to cultivate them was there.

The most common white beans in Spain have many names and they include alubias, judías, habichuelas and frijoles, among others.

A Basque name reminds us that these beans came from the New World: ‘indibabak’ means habas (broad beans) from the Indies.

One of the good things about pulses — not only in Spain but all over the world — is that they are an economical ingredient. That’s one on the reasons they are a common dish at bars doing a menú del día at around €10.50. 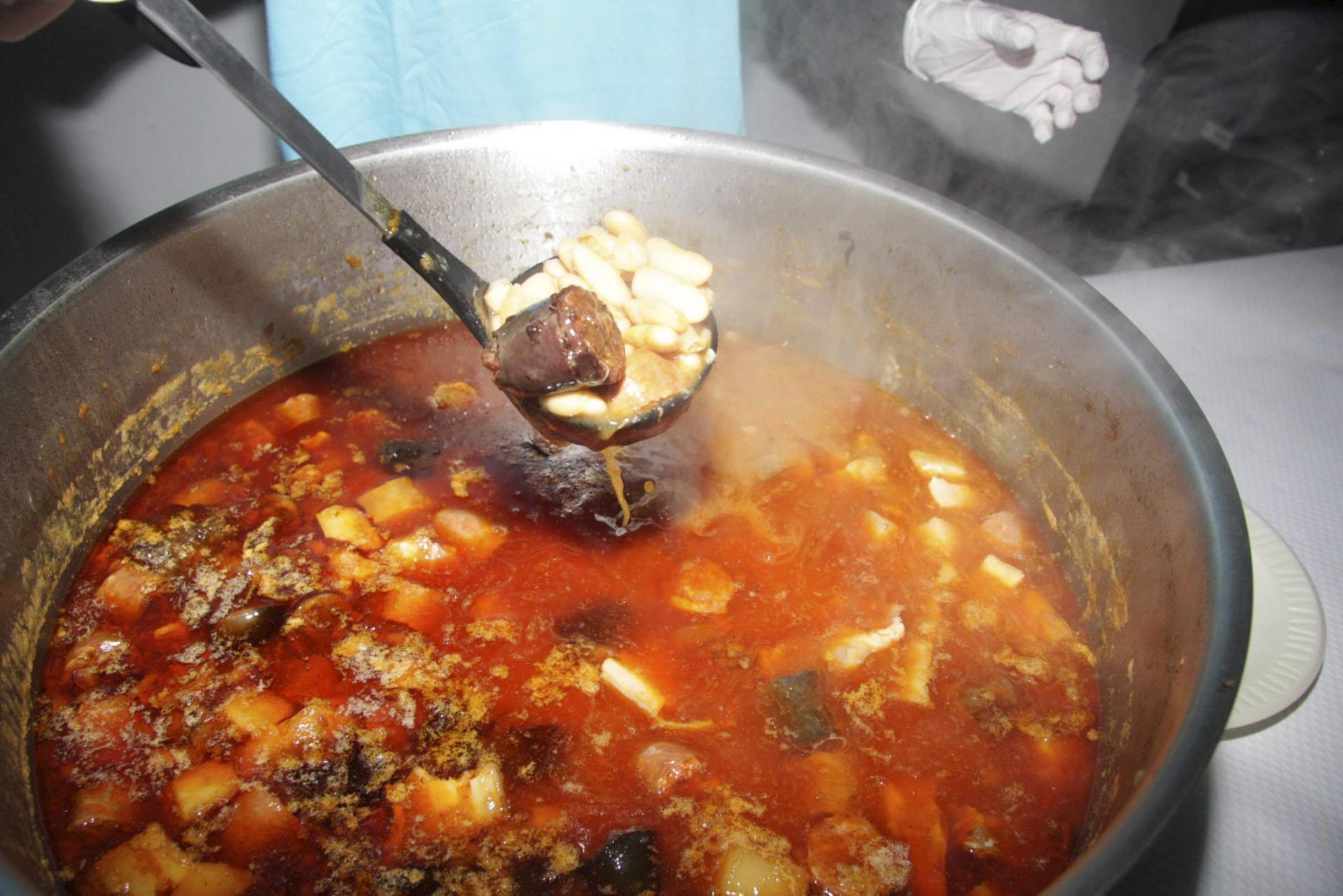 Pulses in the luxury class, however, are grown in many countries and Spain has several of them. They are elite pulses partly because of their high quality but also because of their scarcity.

Spain’s top legumes include the long white beans for Asturia’s ‘fabada’ and also black or dark brown beans called ‘alubias de Tolosa’. But these pulses cost between €20 and €30 a kilo and never an ingredient in an economical ‘plato de cuchara’.

At the other end of the scale are lentils (‘lentejas’ in Spanish), which have always been a popular pulse partly because they are so cheap but also because they are the fast food of the bean world.

Lentils have always been popular with busy housewives because, unlike most other pulses, they don’t need to be soaked overnight and their cooking time is also much shorter.

Palma’s supermarkets and specialist shops sell various kinds of dried lentils, including the French Le Puy variety, the favourite of creative cooks. A popular Spanish lentil is the ‘parda’ or ‘pardina’, a word that means brownish, because that is their colour.

Some supermarkets and specialist shops also sell a lentil with a speckled olive green colour called ‘depruyensis’, which is smaller than most of the other varieties. 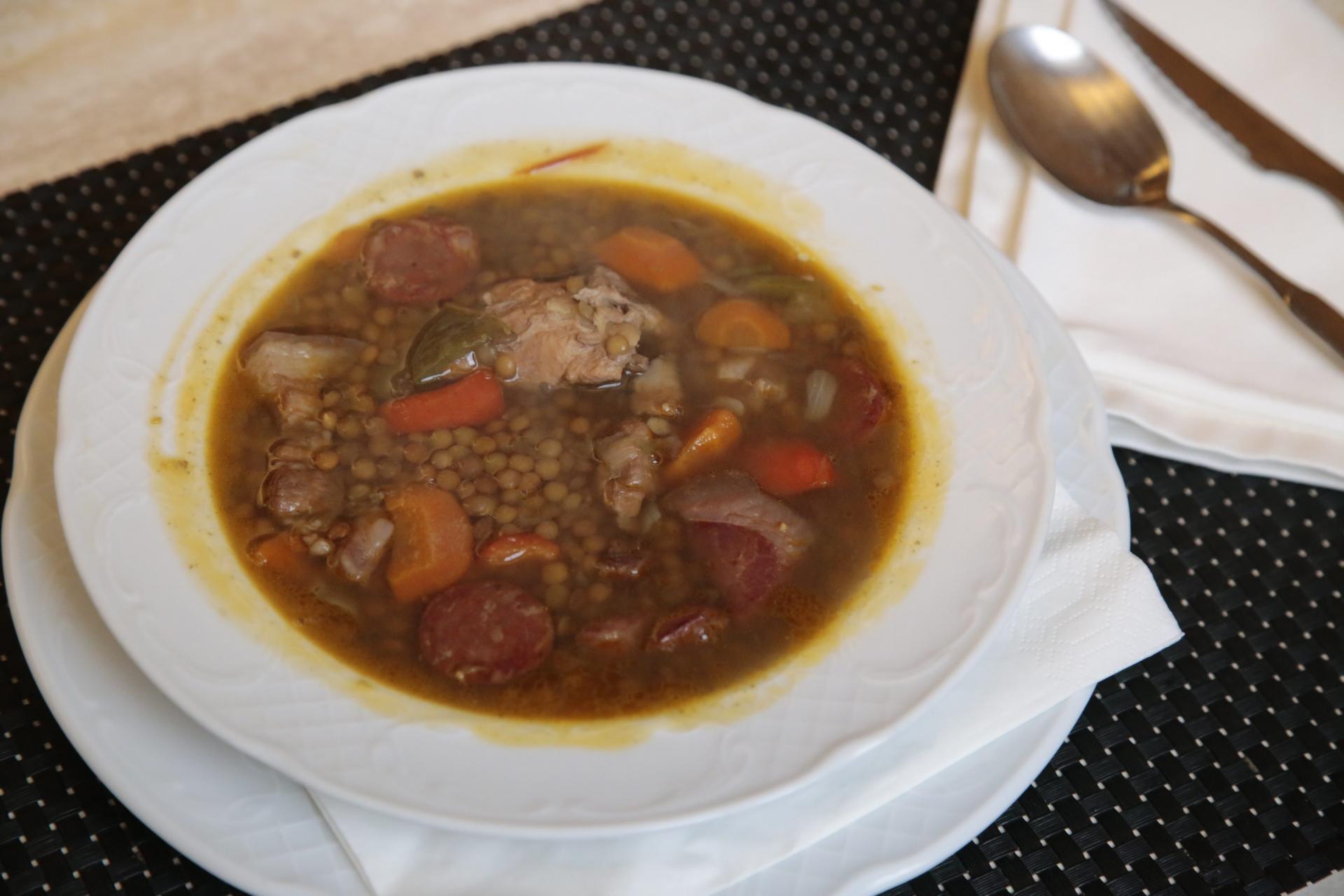 Although lentils and other pulses are cheaper to cook from scratch, nowadays I never do so unless they can be cooked at the same time as the meat and charcuterie content of a dish.

I prefer to use Spanish lentils, chickpeas and white bean that are sold in jars at all supermarkets. The best one I have tried is the Ja’e brand from Navarra which is always available at El Corte Inglés. They cost around €1.30 for a 400 grs jar, drained weight.
The other day I made a superb dish for two with Ja’e lentils, 300 grs of potatoes, a sofrito made with an onion and two tomatoes, and two quail.

Each quail was cut into six pieces which were browned in olive oil in a flattish greixonera. I then added the chopped onion and 10 minutes later I stirred in then finely chopped tomatoes.

But lentils and all other members of the pulses family (except for soya beans) lack a couple of the 17 amino acids that make up a complete protein — so when eaten on their own they are not 100 per cent protein.

That amino acid deficiency is easily corrected, however, by always eating them with some kind of meat or fish — or even wholemeal bread or brown rice. That is something vegetarians should always bear in mind when eating pulses.

All traditional Spanish recipes for lentils and other pulses are suitable for vegetarians if meat and charcuterie is left out and olive oil is used instead of lard.

Lentils are a good source of iron and fibre and are recommended for those with low blood pressure or anaemia. They contain some vitamin A and B, traces of calcium and are rich in amino acids such as leucine, lysine and valine. 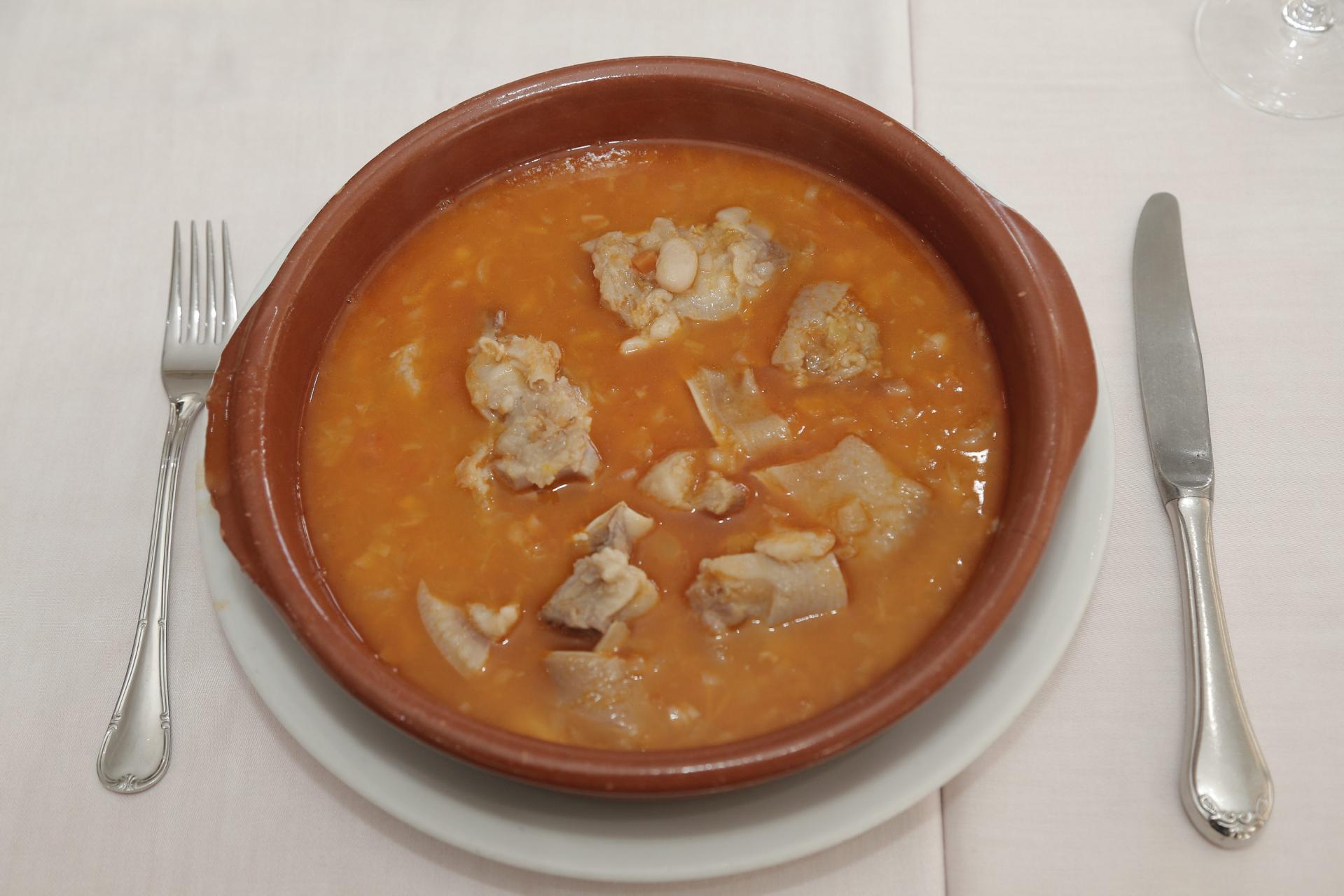 But they are short on cysteine and tryptophan, which is why we should always eat them with wholemeal bread, brown rice, fish or meat.

They are especially recommended for children. Their high protein content, plus and abundance of iron and calcium, make them most suitable for young people who are still growing. Ideally, they should eat them at least twice a week.

Lentils have a downside: the cellulose content of the skins can ferment in the gut and cause gases, one of the reasons some people never eat lentils. 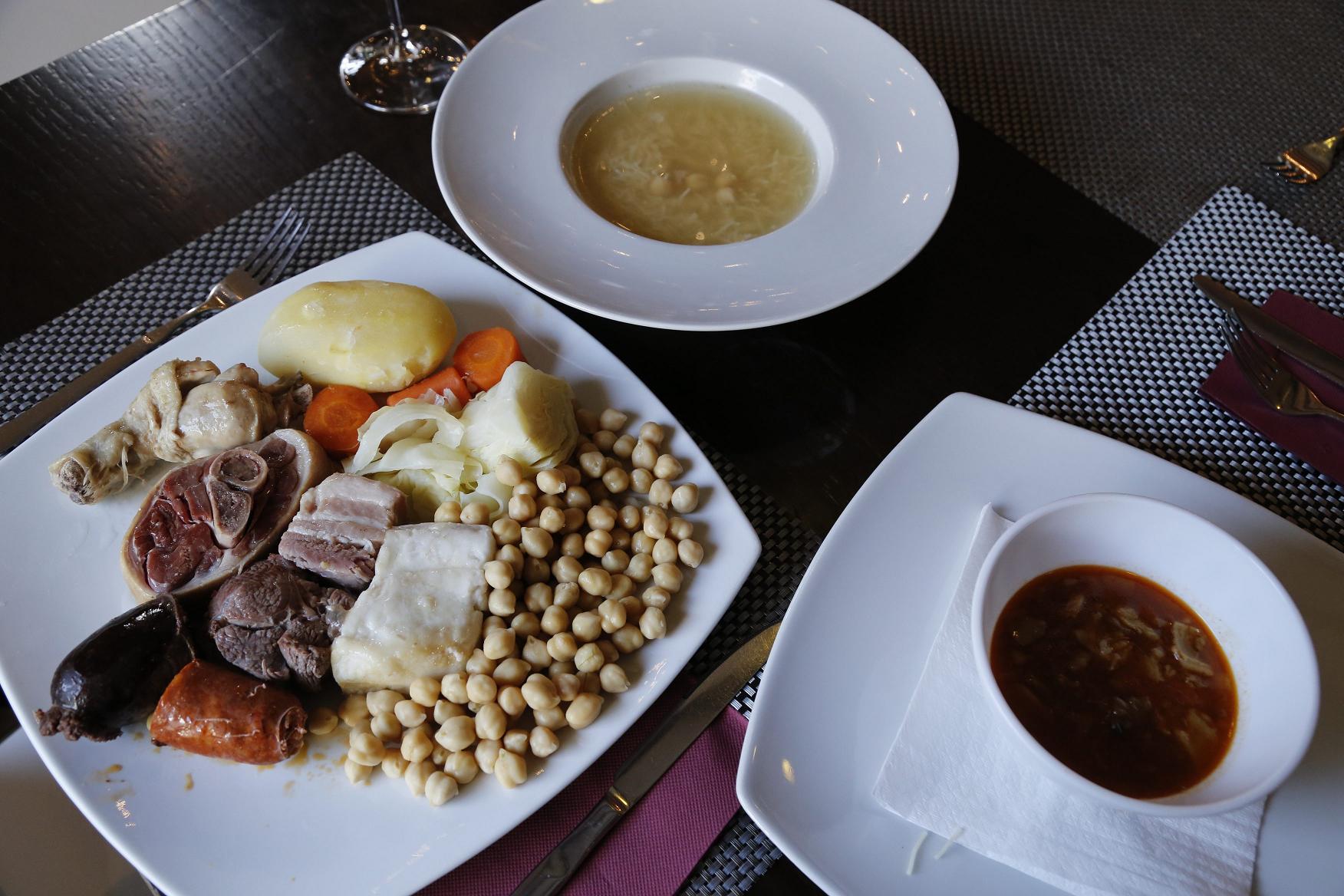 Those prone to intestinal gases can avoid them by sieving the lentils and having them as a purée, either thinnish and eaten as a soup, or very thick and served as a vegetable with meat or fish.

Spanish housewives have interesting dishes based on flours mixed with water or stock and made highly flavoursome with the addition of lard or olive oil, meat and charcuterie from the pig, with extra flavour from herbs and spices.

One of the best of these dishes is ‘gachas’ which the usually excellent Oxford Spanish-English dictionary translates as porridge.

It’s not, but it does have one thing in common with porridge: it’s hearty country fare whose main function is to fill empty bellies and leave a hungry person feeling warm and satisfied.
Thanks to the inventiveness of Spanish cooks and their determination to turn the most unlikely ingredients into a flavour-packed feast, ‘gachas’ makes up in texture and taste for what it lacks in elegance.

This dish is traditionally made with ‘harina de almortas’ (called vetch flour or carob bean flour, in English). This legume is cultivated mainly in southern Europe because it grows well in fields where there is a shortage of rain. It is highly nutritious and can be used as a thickening agent in soups and stews.

Some cooks make ‘gachas’ with chickpea, wholemeal or corn flour. A Spanish friend, who is an excellent cook, does hers with coarse lentil meal which she grinds in a food processor. This makes a superb earthy ‘gachas’.

This is not the kind of dish you’ll find in island restaurants (or on the mainland, for that matter) so anyone wanting to try it will have top do it at home. 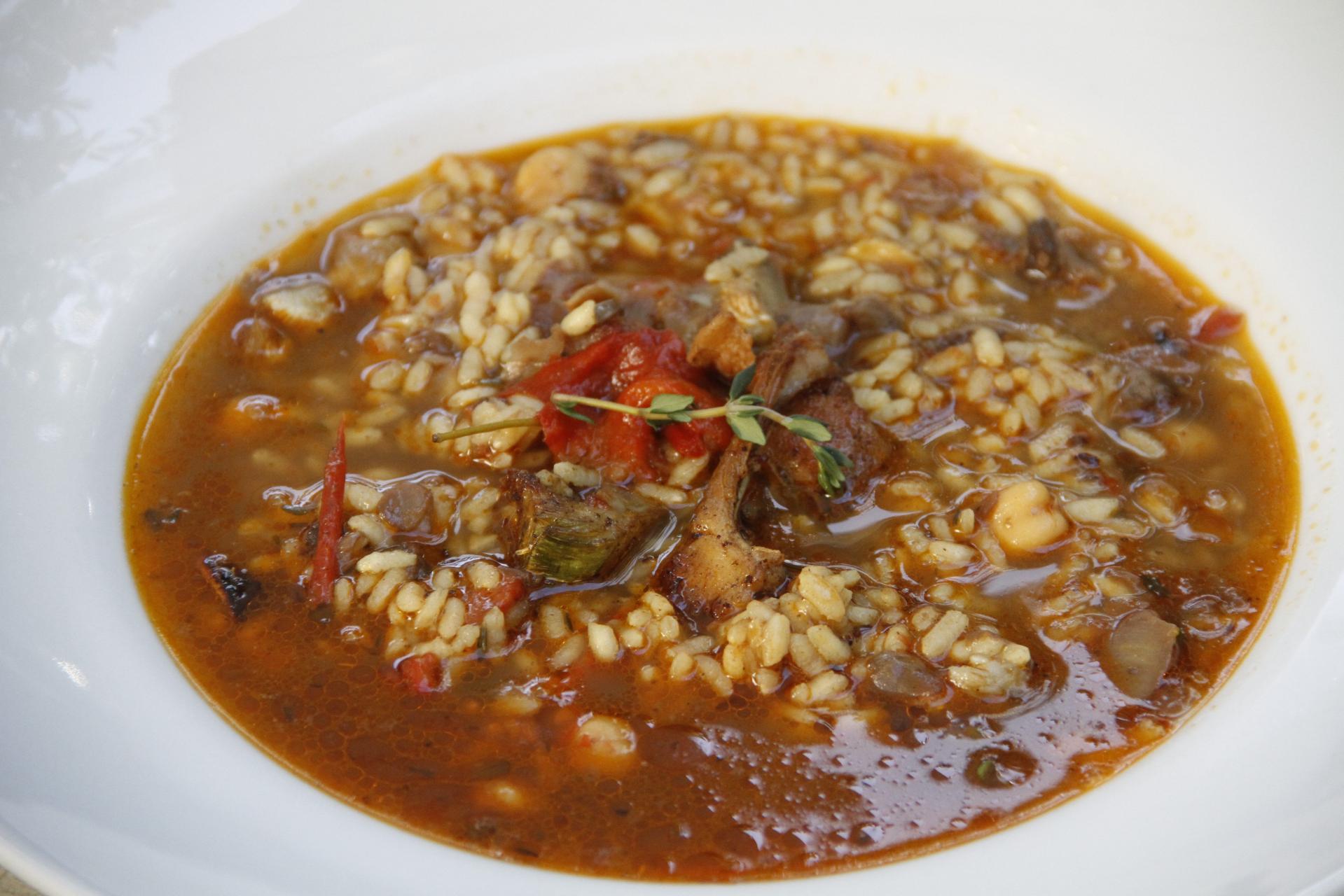 It’s an easy dish to make, doesn’t take long, doesn’t need much preparation and it’s delightful on cold days when we need comforting food that warms us up inside.
To make a ‘gachas’ for four you will need: 250 grs chickpea or wholemeal flour, 200 grs unsmoked bacon, 200 grs fresh belly of pork (panceta de cerdo), 3 plump garlic cloves, 50 mls virgen extra live oil, a heaped tsp of sweet paprika (pimentón), ground caraway seeds (alcaravea), a couple of cloves, black pepper and salt to taste and 2 litres of boiling water.
Heat the oil in a big frying pan and throw in the crushed cloves of garlic. Sauté until golden and then discard.

Dice the belly of pork and sauté gently for 40 minutes or until crisp and tender. Add the diced bacon and sauté for another 15 minutes.

Take the pork and the bacon out of the frying pan and add the flour and the paprika, stirring them into the oil as quickly as possible so that the paprika doesn’t burn. 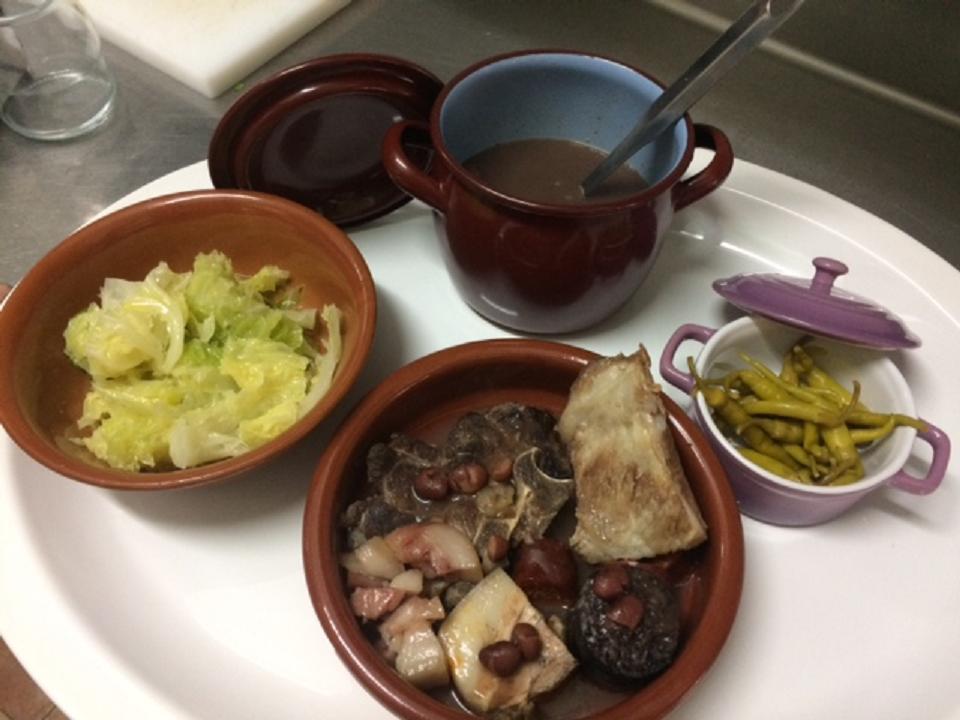 Stir in salt and pepper to taste plus the other spices and continue to sauté gently until the flour is nicely toasted. Before adding the salt, take into account the saltiness of the bacon.
Start adding the boiling water little by little as if making a bechamel sauce. It is unlikely you will need the full two litres of water, so add only enough to achieve a mixture that is thick but not solid.

Cook over a low heat, stirring frequently, for 10 minutes. Stir in the pork and bacon and continue to cook gently for a final 10 minutes.

This is the basic recipe but there are many variations. Some people add croutons, the diced bread being fried in virgen extra olive oil. When croutons are used the dish is called ‘gachamigas’.

It is essential that the flour is gently sautéed until it is well toasted as this gives the ‘gachas’ an intense and interesting flavour.