"I feel fine, I am a very calm person," grinned Jeronimo

Eighty-year-old Sabino Leal Jeronimo returned to his home on Spain's Canary Island of La Palma for the first time in four months on Friday after a volcanic eruption forced him to flee.

Lava streams may no longer threaten to burn down his house in the hilly town of Las Manchas, but what greeted him was still daunting - three-metre (10 feet) mounds of black ash piled around his home and in the surrounding streets, forcing him to clamber up hills and pick his way down a filthy staircase to access his home by the back door.

"It's a mess inside, it's what happens with ash and dust - it gets everywhere. What can you do? You can't fight nature," the pensioner told Reuters stoically.

The house, in the foothills of the Cumbre Vieja volcano, is in one of a number of areas residents were told last Tuesday they could return to after a three month-long eruption was declared officially over on Christmas Day.

Jeronimo kept faith that his home - which was built by his grandparents and where he was born - was not among the around 3,000 buildings that were destroyed by the rivers of molten rock. 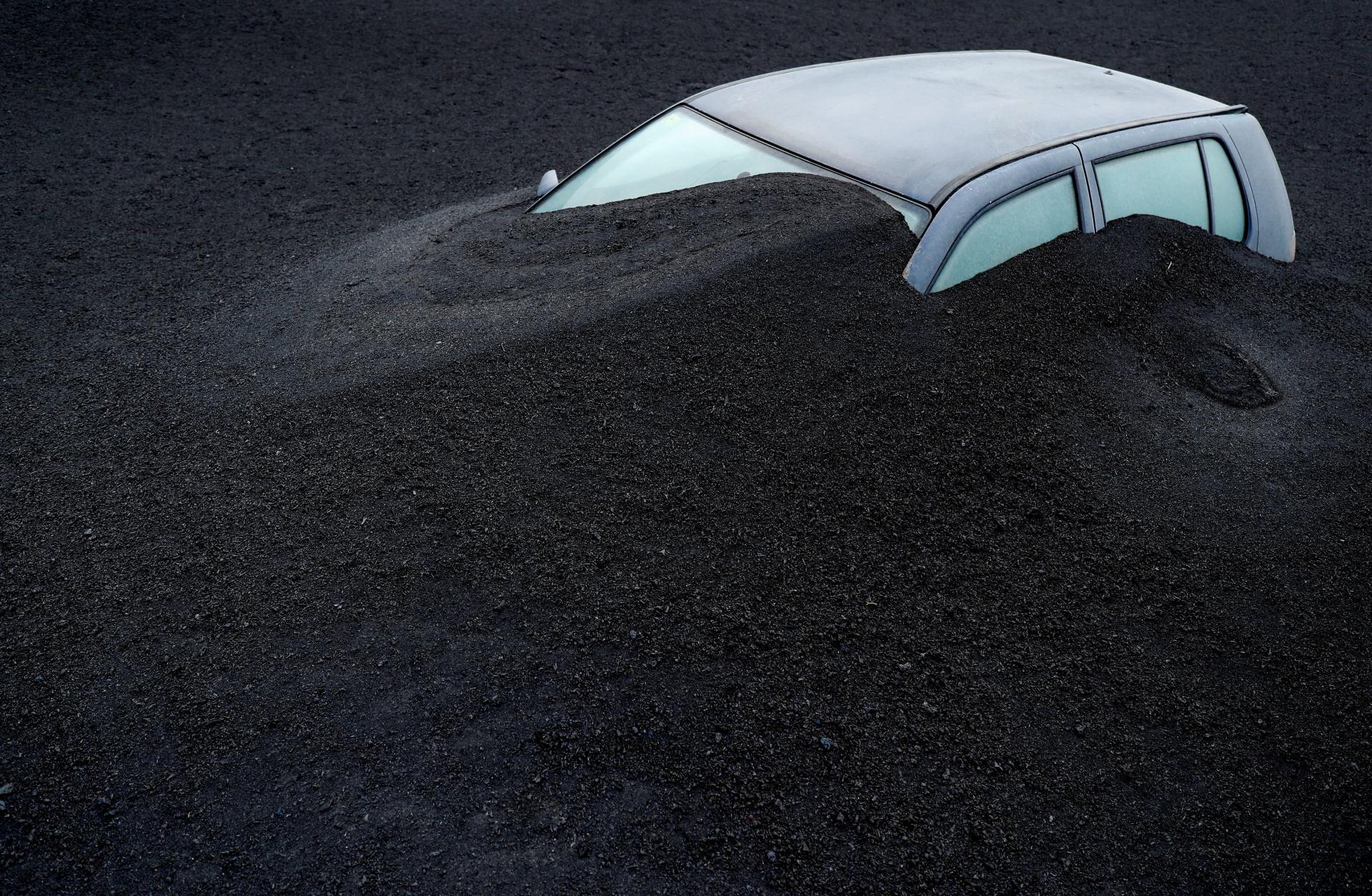 The only structural damage it suffered was the partial collapse of the garage ceiling, trapping his car underneath.

He has until now received no official help to clear the ash but said he would manage bit by bit with the help of his four children and friends. He is currently living in a hotel provided by local authorities for many of the 7,000 people forced to leave their homes.

Recovering a sense of normality, however, will take time with so much debris still blocking the roads and with interrupted water and electricity services.

"I feel fine, I am a very calm person," grinned Jeronimo, as across the road, firemen poured water into tanks to supply homes. "But if I can move back, I will feel more relaxed."
Maria Inmaculada Perez, 62, was less sanguine as she dug through the ash around her home with her husband.

Like Jeromino, she is living in a hotel but hopes to go home in July if the authorities help with the clean up. She is fearful that rain could solidfy the ash, and unsure though whether it will be safe enough for her 84-year-old mother, who lived next door, to come home.
"It's so painful to see the house like this," she said. "We need help. The more ash we remove, the more we find. It makes us feel very impotent."

The La Palma authorities have warned residents to clear ash wearing masks and protective clothing and avoid entering basements where toxic gases could still be trapped. They have offered help to vulnerable populations and people whose homes are unstable.