Bullfighting to return to Palma

Mallorca ban never took place: what do you think?

Bullfighting and the Fiesta Nacional is returning to Palma much to the anger of animal rights groups. After three years without celebrations in Palma due to the pandemic, bullfighting is set to return with a big festival that will take place in August - or will it.

Balearic legislation in 2017 effectively prohibited bullfighting. The so-called "ley de toros" outlawed the killing of bulls and introduced numerous stipulations for the staging of bullfights. 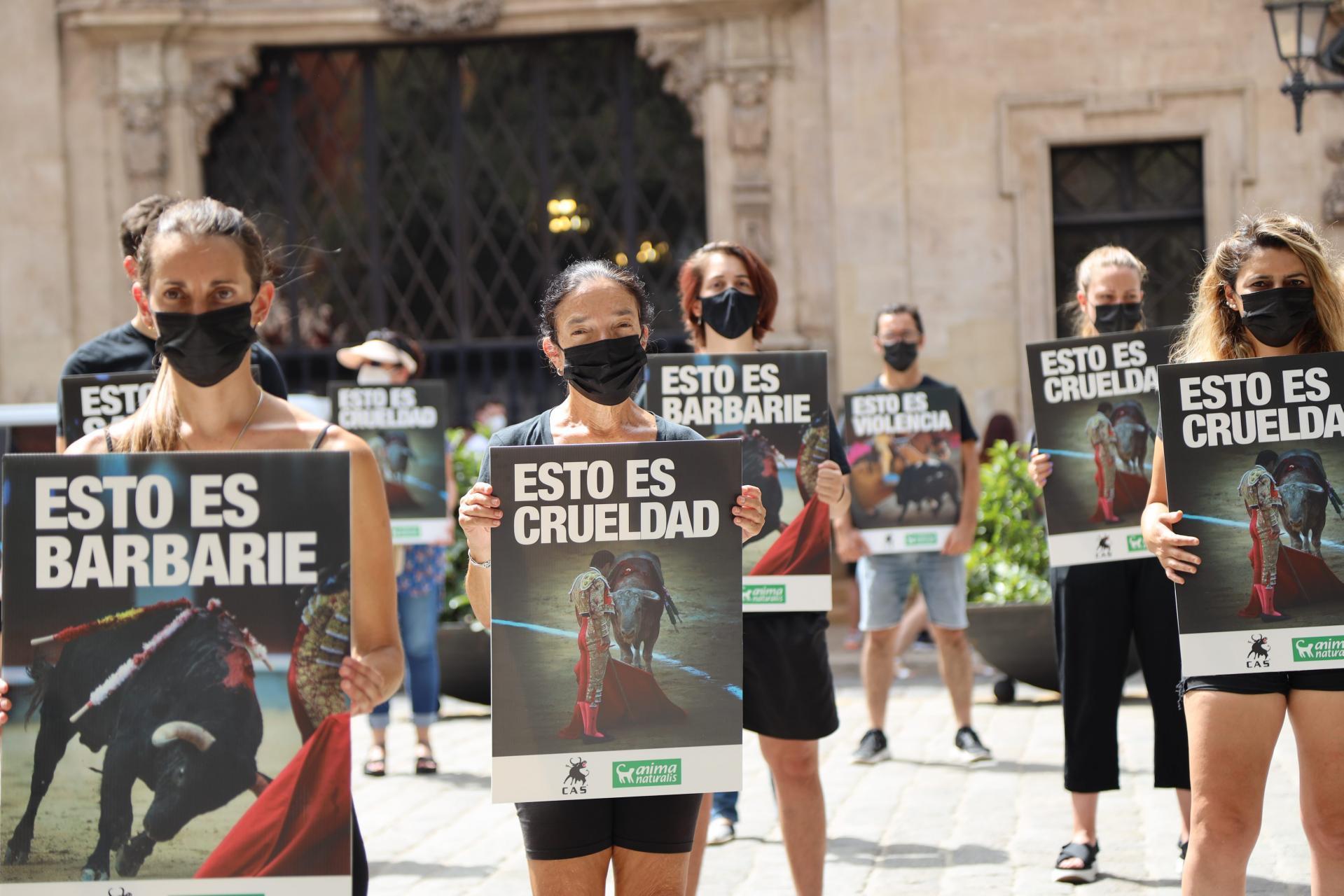 But, the law stopped short of there being an outright ban because the government was aware that the legislation would be challenged by the Constitutional Court; which is what happened with the ban in Catalonia.

Nevertheless, the legislation was referred to the Constitutional Court by the Spanish government. The principle for doing this was that the regional law potentially violated the constitution and invaded state powers.

The court ruled that the legislation was unconstitutional on several grounds and completely annulled certain articles - so it appears that the Balearic ban on bullfights went no where.

Last June, demonstators denounced bullfighting in general and against the bullfight that took on the June 30 in Inca. The event was organised by the animal rights group Animanaturalis and the veterinary association AVATMA.

The participants were dressed in black and stood next to the olive tree which presides over the bullring, lined up in rows and keeping a safe distance while holding up signs showing photographs of a bloodied bull at different moments of the bullfight. The signs contained different slogans such as "This is barbarism", "This is cruelty" or "This is pain".

After reading a manifesto, the participants shouted slogans such as "Bullfighting abolition", "Torture is neither art nor culture" or "Mallorca is anti-bullfighting".

The coordinator of Animanaturalis, Eliana Guerreño, stated that "we are here to reject bullfighting in Mallorca. We want a Mallorca without blood and torture. Bullfighting tries to convince us that this activity is culture and that it represents the feelings of the Mallorcan people. However, nobody missed the bullfighting slaughter when it was suspended during the pandemic".

The activist added that "the aim is to make it clear that a lot of public money is being invested in the rescue of bullfighting. We have collected between Aniamanaturalis and CAS International 190,000 signatures so that bullfighting is not rescued and no more aid is given".

Further protests can be expected in Inca and Palma this year.

Apologies to Zoltan Teglas (about a month ago) for downvoting his comment (which I agree with) by mistake.

How can torturing animals be allowed in the year 2022! And what makes it worse is that this barbarism is subsidised with our taxes. It wouldn't last a month without them. The backward looking dinosaurs of Vox and the PP will be happy.

Tradition or not. Is this the new upmarket Palma attraction. Torturing drugged up bulls to death for entertainment. Classy. What’s the next sporting challenge, Clubbing kittens to death. Who can puke the farthest in Magaluf. Maybe television rights could be available