The police in Magalluf suggest that there is less trouble with fights on C. Punta Ballena but that the area is even more of a magnet for thieves than it used to be.

After two summers without much by the way of pickings, the number of criminals who head for Magalluf at the weekend is high. Some of them are African and pose as street sellers. Others are Romanians and Spaniards. These are in addition to the women who masquerade as prostitutes but who are violent muggers. 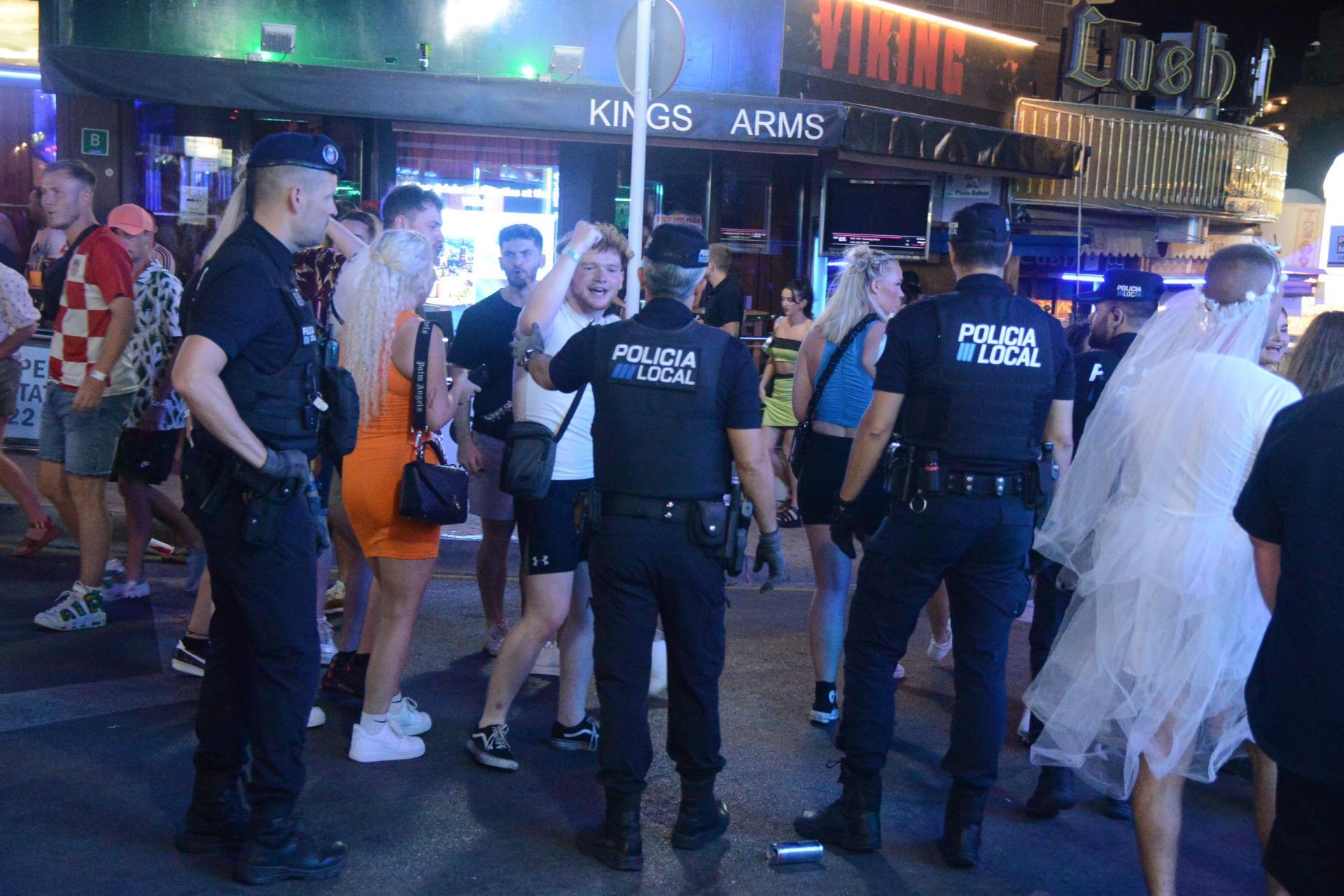 The beach is a particular attraction. Tourists who have had too much to drink and who go for a dip at night are easy targets. They are observed from a distance, and when the time is right, the thieves move in - wallets, phones, even hotel towels that have been taken to the beach, as these can sell well on the black market.

By three in the morning, the number of Calvia police has increased. With Guardia Civil support, the police identify suspects, one of whom has changed his clothes. He's done so in order to try and avoid police attention, but the police know who he is and that he steals wallets and phones.

Easy pickins, I reckon. Drunk, stupid, and looking for shag. That's what holidays are for, right? Why don't they protect these normal holidaymakers from these amoral street punks?