Poll indicates that the right could form the next Balearic government

A left coalition has governed in the Balearics since 2015

The latest poll by the Balearic Institute of Social Studies indicates that an alliance of the Partido Popular and Vox could form the next government of the Balearics.

The election for the Balearic parliament will be held on May 28, 2023, and the poll points to the PP and Vox being capable of amassing a combined total number of seats up to 31. There are 59 seats and so 30 are needed for a majority.

With a possible 22 to 24 seats, the PP appear set to regain a presence in parliament that was drastically reduced in the 2015 election (to 20 seats) and further reduced in 2019 to 16 seats. The poll suggests that Vox will at least double their current three seats. 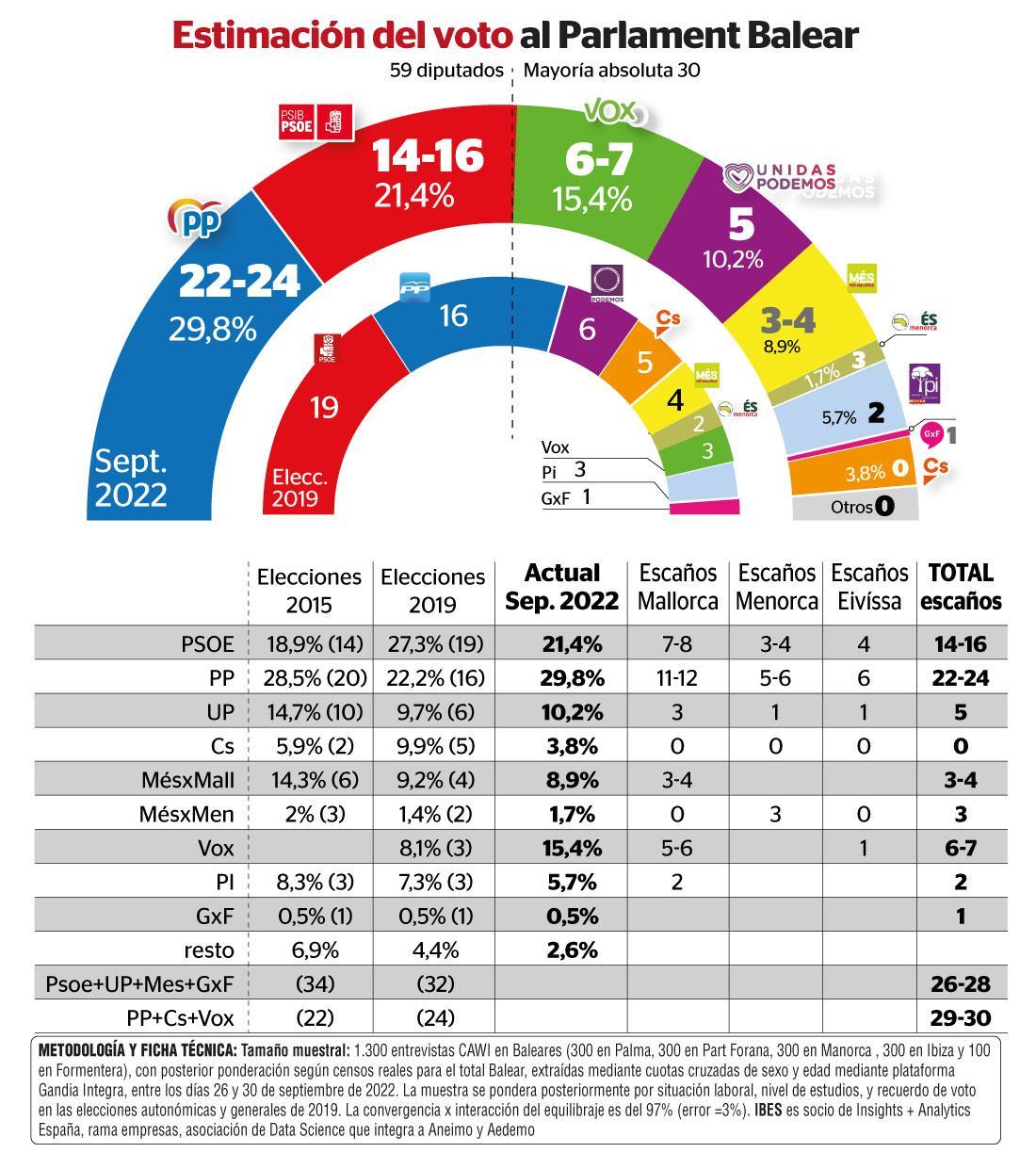 The poll was conducted before the recent announcements regarding the package of government assistance and the special economic regime for the Balearics, developments that Francina Armengol of PSOE and the other parties of the current left coalition will hope raise their electoral prospects.

This latest survey isn't that different to others over the past months in pointing to increased support for the right and also to the potentially crucial role that could be played by one of the small parties, El Pi. Based on the most optimistic scenario in terms of seats, the Armengol pact can rely on the support of Més in Minorca and GxF in Formentera, but this wouldn't be sufficient to obtain a majority. El Pi's backing would achieve a majority. El Pi, a centre-right regionalist party, are opposed to Vox.

The prospect of a PP-Vox alliance is itself a matter of some conjecture, as the PP's national leadership has its issues with Vox.