Two giant lions which were "door guards" also for sale

Many customers and friends have called in at their former Mandarin Chinese restaurant in El Terreno in Palma, which closed its doors in 2017, to buy some souvenirs. From chopsticks to plates, cups, glasses, tablecloths, napkins, calendars, tables, chairs, lamps, screens, etc., to hand-painted pictures, with a sentimental value that equals the economic one. For almost five decades the Mandarin restaurant was a reference point for excellent Chinese food, and was the first Chinese restaurant in Palma. Since its closure on January 30, 2017, its owner, Yeung Au Yeung Thung Shing, had kept the premises, which opened in June 1968, despite having significant offers to buy or rent it.

The expense of maintaining the 400-square-metre establishment has led Thung Shing to finally decide to lease it to a restaurant group. The new tenants plan to carry out a major renovation to turn it into a trendy restaurant, in an area that is booming. Thung Shing and his wife, Wan Kam Tahi Kwong, have decided to put everything in the premises up for sale, including the signs and the two imposing bronze lions guarding the door.

"We have worked hard and have been very happy here, where we have made our customers great friends. That's why before they throw all this away or mis-sell it, I prefer to sell it very cheaply so that people have a good memory of Mandarin in their homes," says Thung Shing as he packs some precious teapots and cups for a customer who remembers that "we used to come every Sunday to eat with the family."

Works of Chinese paintings, hand-painted or embroidered, hang on the walls of the shop; half a hundred tables and some 250 chairs are available. "They are very strong, high-quality chairs and tables." One of them was where King Juan Carlos I and Queen Sofia used to sit when they went to eat at Mandarin. "Don Juan Carlos was very fond of Peking duck. He would order two courses. Queen Sofia would order fish and vegetables." 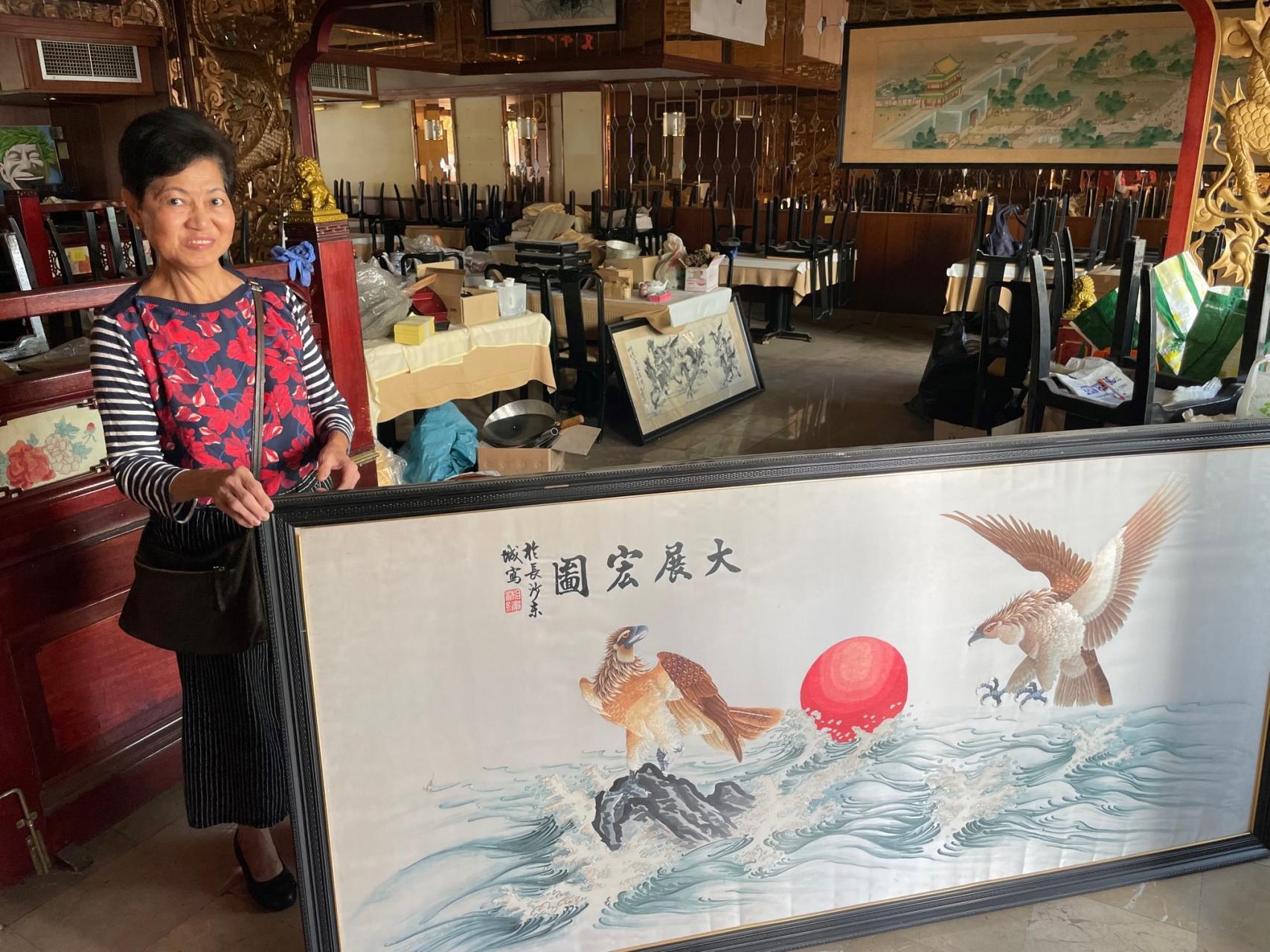 Presidents of the Government, such as Adolfo Suárez, actors, singers and many businesspeople have also passed through the Mandarin restaurant, a place where people gathered for family celebrations, groups of friends, engaged couples, and also many tourists in search of its popular dishes, such as Peking duck, sweet and sour pork or mussels, among others. Thung Shing was born in Hong Kong 75 years ago and came to Mallorca in 1968. He has always worked in kitchens. "When I was young I started working at 9 in the morning and finished at two in the morning. I slept in the street. There was a lot of poverty, so when I came to Mallorca I saw a future and here I married Wan Kam. My uncle Romn Cheng and I opened the Mandarin restaurant".

Eventually Thung Shing had five restaurants in Mallorca and a total of eighty employees. "I also took many Mallorcans to Hong Kong and brought Chinese to Mallorca on holiday." The reason that led to the closure of the restaurant was none other than back pain. "I had no plans to close, that's why I have so much material. The business was working very well but both my wife and I are already old and we spent the holidays and the whole year working, without holidays. One day I got a bad backache and started going to doctors, so we decided to rest. Everything in the restaurant is being sold, even the tiles and the roof. "Everything cost me a fortune and most of the things I brought from Hong Kong." Among all the paintings there is one very special one. "I would like it to stay in a museum here and not be taken by a millionaire outside Mallorca. It has a great economic value, but I want people to be able to contemplate it".