A pink Christmas in Mallorca as flamingos migrate for a better winter!

Head to Es Trenc to see them

The flamingos in Mallorca. | JOAN LLADO

The chances of having seen any reindeer in Mallorca this Christmas were pretty slim, to say the least, but over the past few weeks, flocks of flamingos have been arriving on the island as part of their winter migration and one of the best places to see them is Es Trenc. 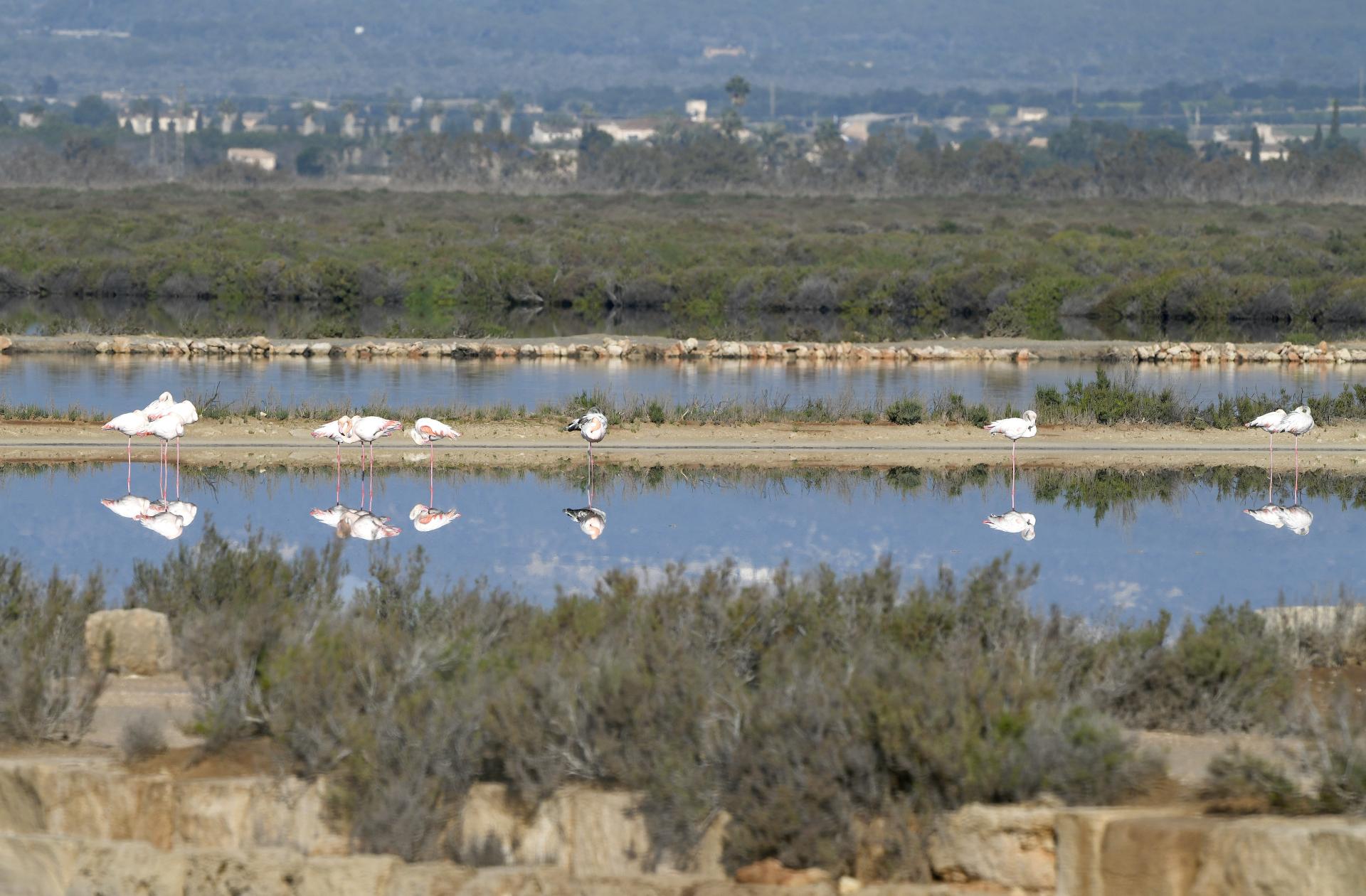 A recent study of birdlife in Es Trenc, carried out by the environmental organisation GOB and considered to one of the most complete to date, has highlighted the importance of the Es Trenc Natural Park in the migratory routes of various species.

According to the study Es Trenc-Salobrar de Campos maritime-terrestrial Natural Park, more than 13,000 birds of 95 different species have been sighted.

The two most frequently spotted birds were the flamingo (Phoenicopterus roseus) and the shelduck (Tadorna tadorna). 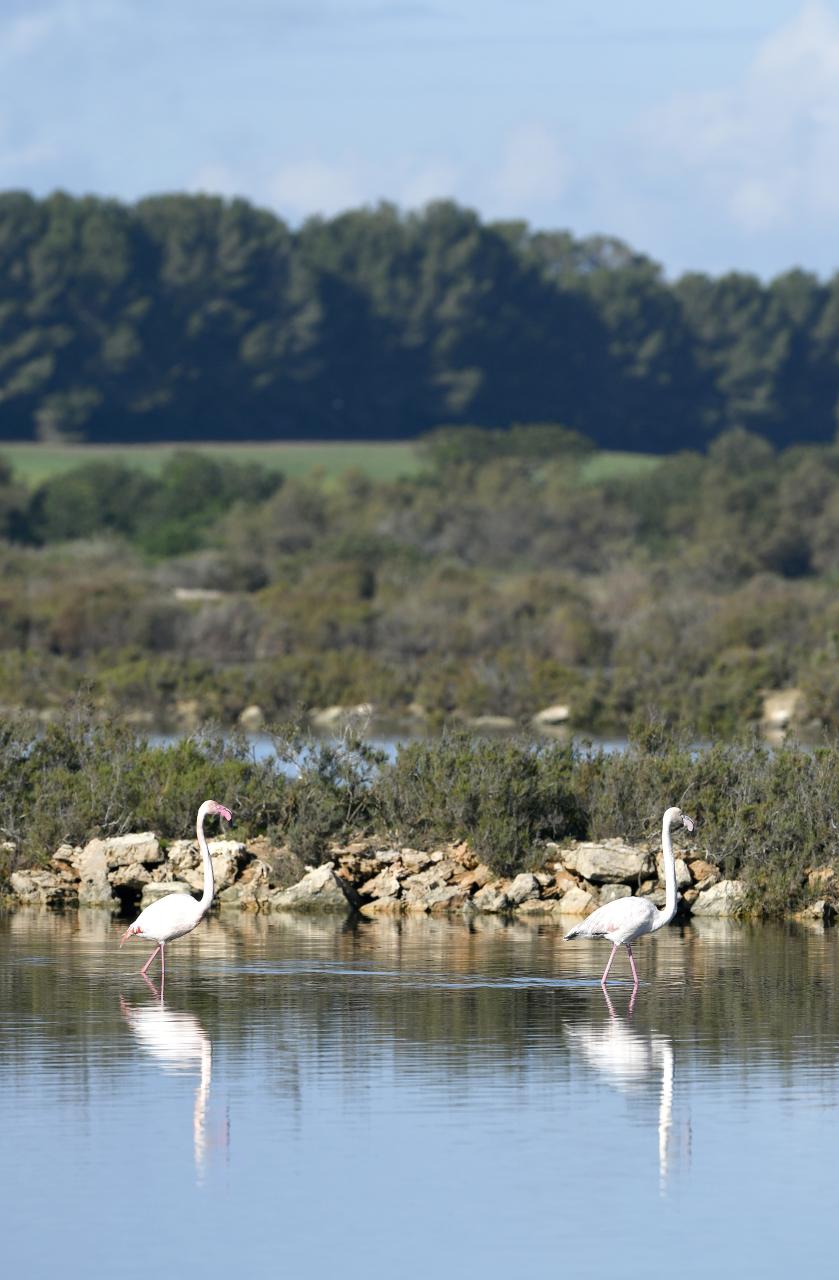 Although the flamingo is present throughout the year, September is when sightings peaked with more than 500 specimens. In May, on the other hand, around a dozen were observed and there are still a large number in the park.

The flamingos head to Colonia de Sant Jordi because the weather conditions are ideal for salt production, which allows the water to evaporate naturally. 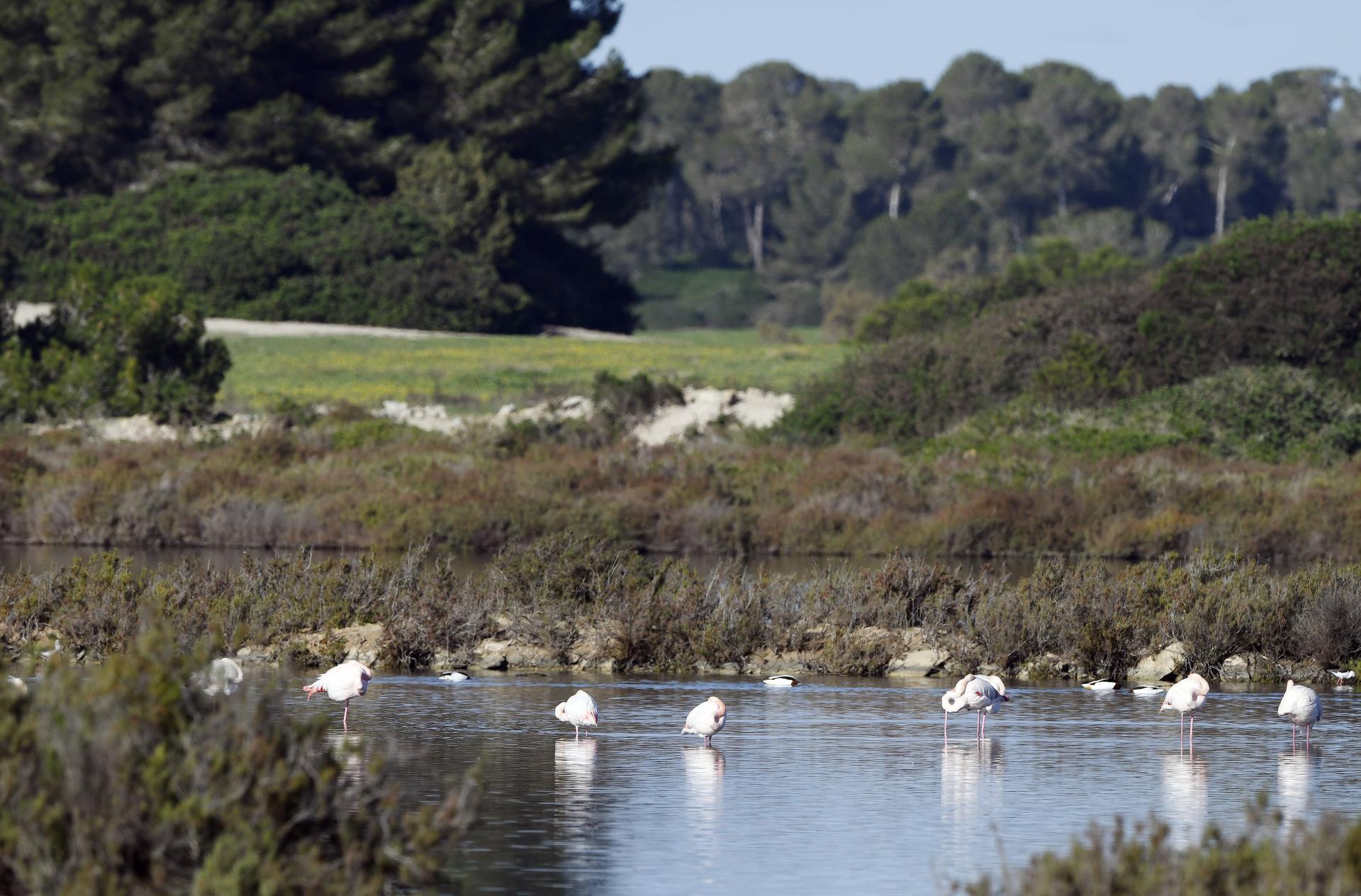 The water is pumped from Es Trenc beach across the land through a channel and carried to the highest point of the salt flats.
This introduction is important to understand the presence of these birds here.
In order to extract the salt, a series of artificial lagoons have been created, which the sun gradually dries out and allows the artemias or brine shrimp to appear.

These pink crustaceans are found worldwide in inland saltwater lakes but not in oceans.
The accumulation of artemia is caused by an increase in the salinity and temperature of the water.
This causes the artificial lagoons to turn pink weeks before they dry out completely and the salt can be extracted.

Artemia are one of the main sources of food for flamingos and this is also where their pinkish colour comes from.
As for the shelduck, the number of sightings increases during the spring with a maximum of 112 specimens in June 2021.

As part of the project, a study of the territorial behaviour of common stilts (Himantopus himantopus) and avocets (Recurvirostra avosetta) has been carried out.
Four specimens of each species have been tagged to determine their use of the space within the park and their relationship with other areas of the Balearics, such as the S’Albufera Natural Park and the Ses Gambes pond.

The project, which is being funded by money raised by the tourist tax, will eventually be completed with the creation of an atlas of nesting birds in the Natural Park, which will become a useful tool for the management of the protected natural area.

So, with the weather forecast looking calm and mild for this time of year over the next few days, why not take a drive down to Colonia de Sant Jordi and marvel at one of the many great natural spectacles in Mallorca.

I knew there were lots of flamingos in the southern salt lakes (if you fly over in an ultralight, you'll see lots of them). But I never knew why they were there. This expains it. Thanks for that.