The suspect, after being taken to the local police station, was handed over to his parents

A young man was caught on Christmas Eve driving around in a construction site excavator and ended up crashing the hammer into the church of Calvari, in Pollensa. The young man was subsequently arrested by the Local Police. 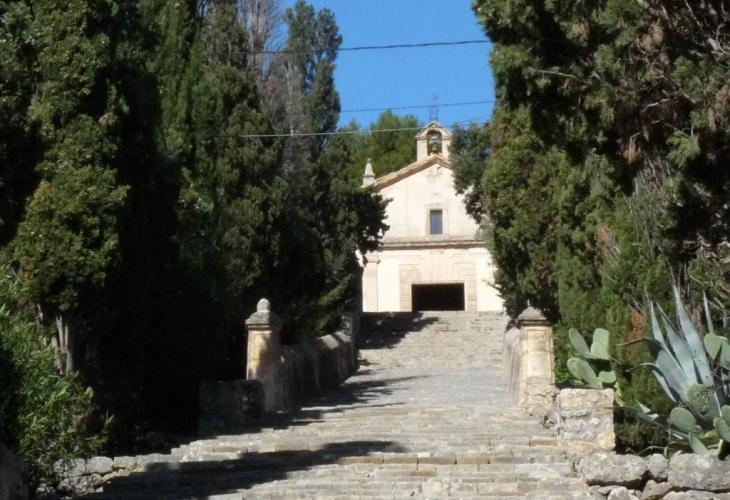 The incident, according to police sources, occurred at around 1 am when the minor, in the company of other friends, got on the digging machine, started it up and drove around the vicinity of the Plaça Major.

At that moment there were people walking in the area and some did not hesitate to reproach the teenager for his action.
His prank ended with the hammer smashing into a wall of the sanctuary, causing damage.
Minutes later, the young man ended up making a statement at the Pollensa local police station.

The officers informed his parents about what had happened and they went to pick him up.
Criminal proceedings will now be opened and sent to the Juvenile Prosecutor’s Office, which will take charge of the matter.

This DIGGER NICKER !!! Should be sentanced to a year of building site work. With a shovel and pick.!!! For his Nick!!!. Any earnings be used to pay for the damage he caused.