The Babarians XV Calviá made a great start to the new season in Son Caliu against Division Honor B league newcomers Rugby XV Murcia.

As it was the first game of the new season both sides began a little tentatively although the home team soon showed they were going to be a force to be reckoned with.
First points went to Babarians XV in the form of a penalty try after 18 minutes.

A yellow card for repeated errors was given to Murcia and the advantage this gave was used by the Babarians to score their second try, converted by Agustin Di Santo. At 12 points to 0 up the home team concentration lapsed briefly and the visitors took the chance to push through large spaces for their only try and points of the game.

Babarians XV kept the pressure on and most of the play was in their opponents half of the pitch.

By half time the score was 26 points to 7 and thanks to the warm weather and wind the players were ready for a break. Fresh legs were introduced by both teams at various points during the second half although it made little difference to the run of play which stayed with Babarians. 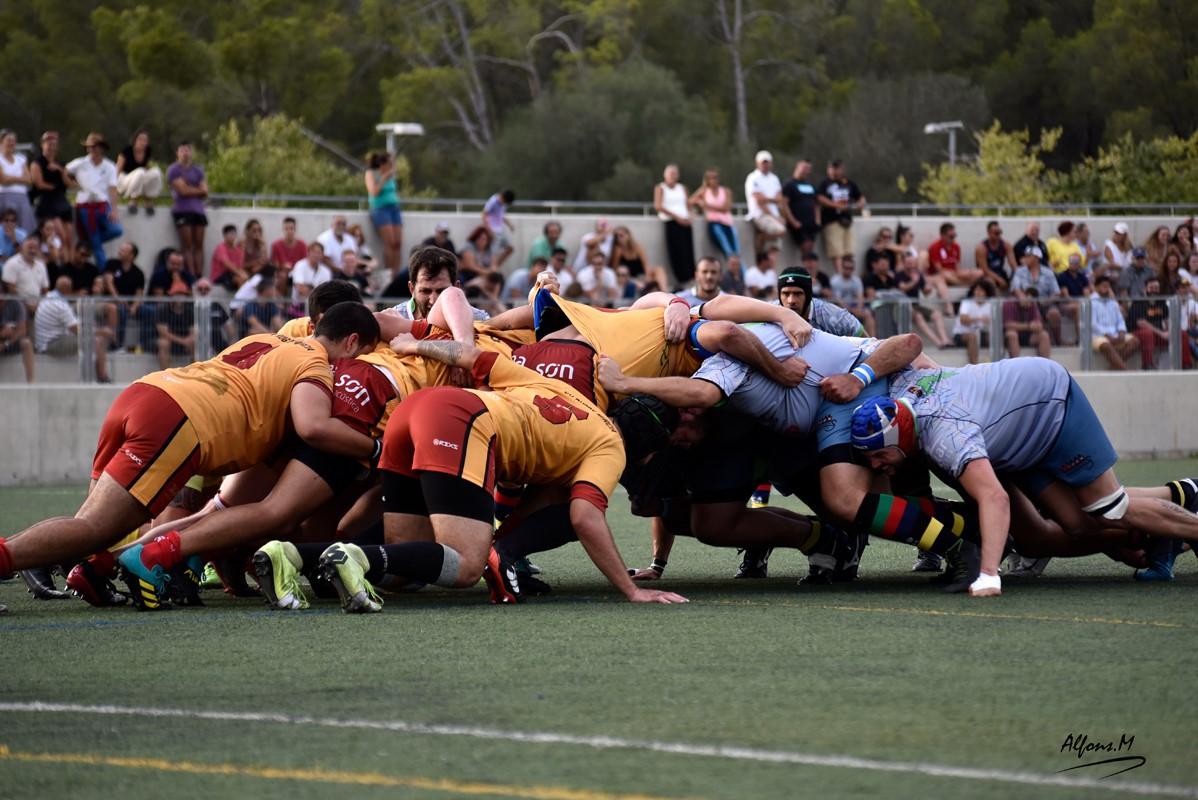 Mistakes were made and there were sloppy passes from both teams, however the home team were better organised in defence and the backs communicated well together for some good sequences of play leading to tries or taking the ball close to the line.

The Babarians XV Calviá added another 33 points throughout the second half giving them points for the win and a bonus for more than four tries scored.

The total of 59 points put the home team at the top of the league with a points scored bonus although there are six teams on four points!

The next game against CAU Valencia gives them a home ground advantage although they will be a much more experienced and difficult team to play.

The win at the weekend will give the Babarians a psychological boost which they will hopefully put to good use during the match.

Coming up
Babarians XV have a rescheduled home match against CAU Valencia in Son Caliu. Kick-off at 16.00 on Saturday 21st September.

All rugby teams on the island have now begun their pre-season and the youngsters have also returned to training sessions ready for the season’s matches and rugby Days.