Shortly before midnight on Tuesday in Madrid's La Caja Magica, Rafa Nadal punched the air as chants of "Rafa, Rafa" echoed around the arena and the Davis Cup Finals burst into life.

After generally disappointing attendances so far at the glitzy new version of the 119-year-old competition, a sell-out crowd in the cavernous 12,500-seat stadium roared the world number one to a 6-3 7-6(7) win over Russia's Karen Khachanov.

While the reaction to Nadal's victory sounded like Spain had won the old trophy for a sixth time it actually just levelled the Group B tie at 1-1. 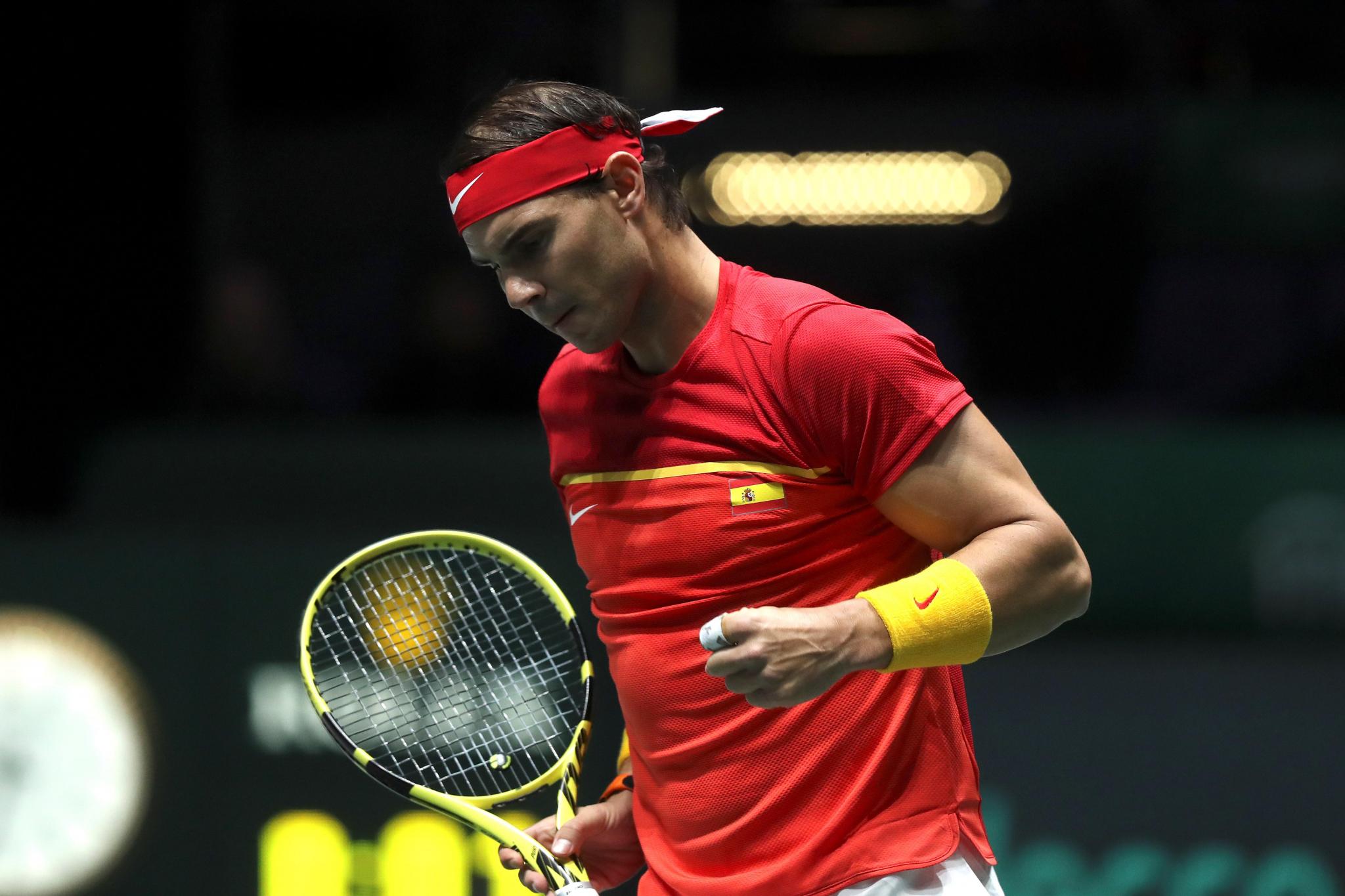 The victory would come shortly before 2 a.m. when veteran duo Feliciano Lopez and Marcel Granollers beat Khachanov and Andrey Rublev 6-4 7-6 to clinch a 2-1 win.

With Russia having beaten defending champions Croatia 3-0 on Monday there was some anxiety on the Spain bench when Rublev surged back to beat Wimbledon semi-finalist Roberto Bautista Agut 3-6 6-3 7-6(0) and put them ahead.

That left the 33-year-old Nadal with no margin for error against dangerous world number 17 Khachanov. But if ever there is a man for a crisis it is Nadal.

He had won his last 24 Davis Cup singles rubbers since losing on his debut in 2004 and was not about to stop now -- not on home soil with his country depending on him.
Khachanov stretched him to breaking point at times, especially in the second set, but the 19-times Grand Slam champion fought off a set point before claiming victory.

Afterwards he said the new format, with ties consisting of three rubbers rather than the traditional five, made things dangerous for the fancied nations.

"The format makes things very difficult because every mistake puts you in a position that you don't want to be," Nadal told reporters, anxiously peering at the television to keep track of his compatriots playing doubles.

"The atmosphere has been amazing. The only negative thing in my opinion is we are just starting the last match at 1 a.m. That makes big trouble for us, for the players and the people who come to the stadium because tomorrow is a work day." 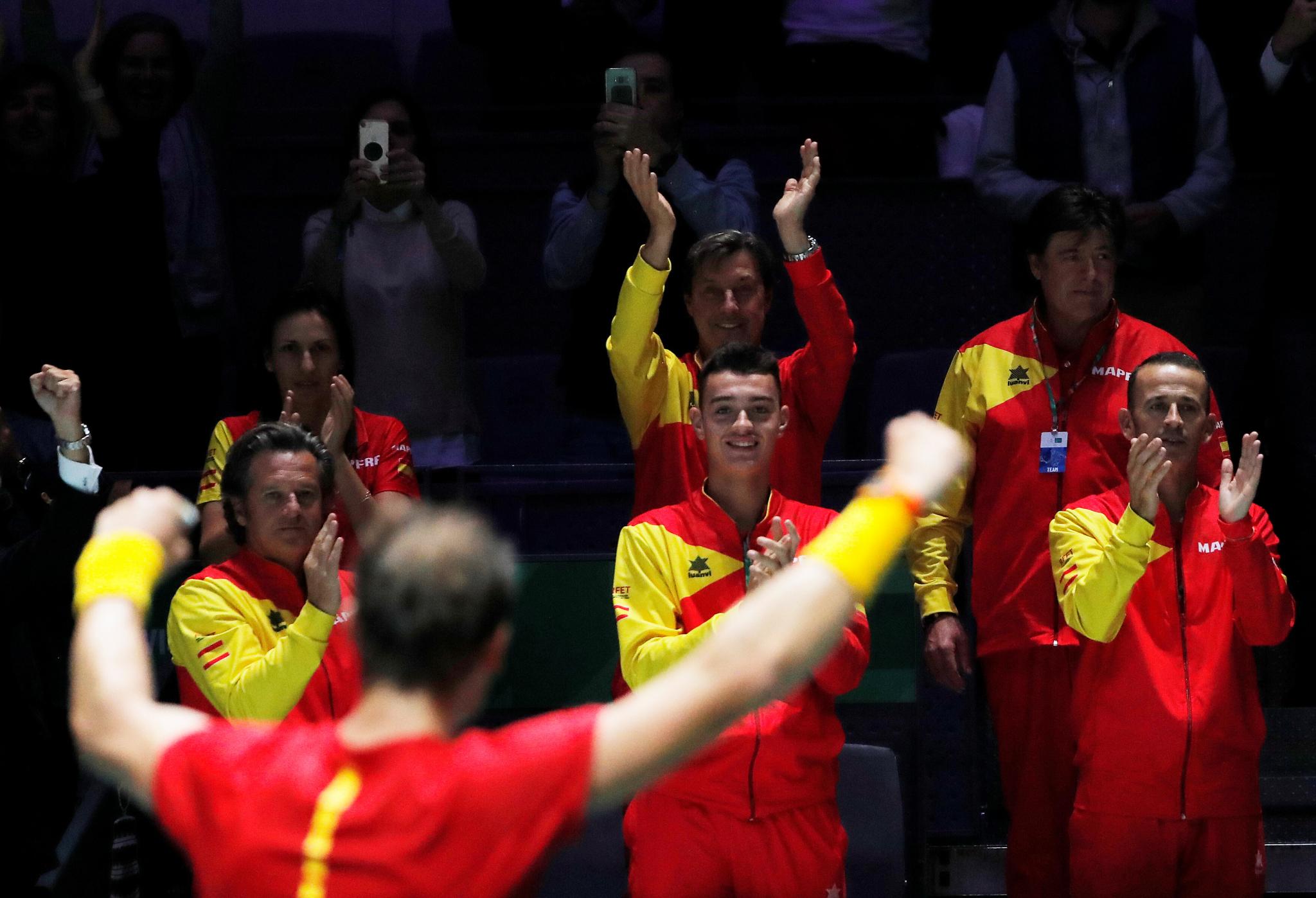 Spain can reach the quarter-finals on Wednesday by beating Croatia, who axed captain Zeljko Krajan two days before their opening tie and will be without injured talisman Marin Cilic.

Canada's tennis resurgence continued as they became the first nation through to the last eight after beating the United States for the first time in 16 attempts. 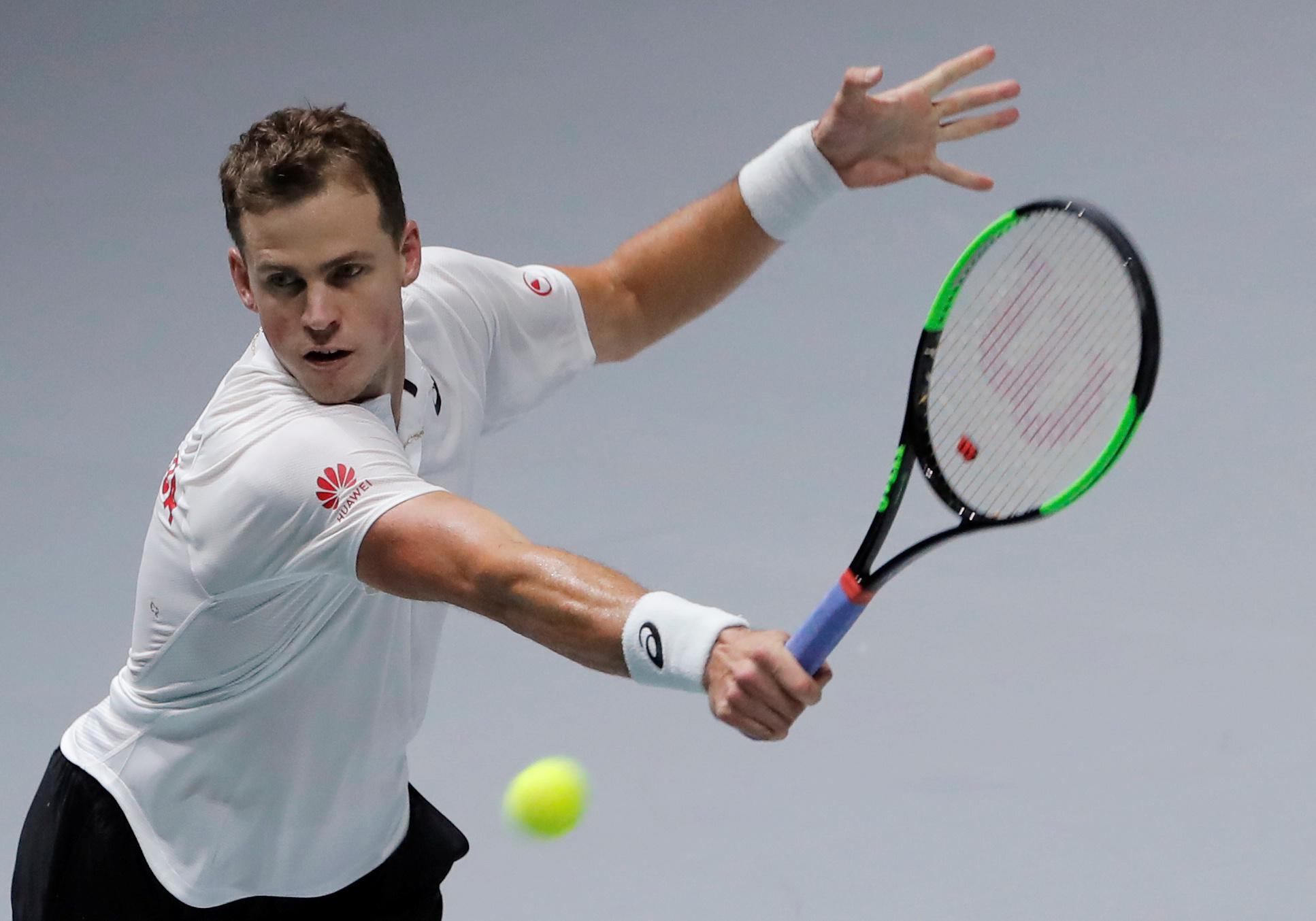 "Right now, Canada is really in the best place it's been in tennis history," Pospisil said.
Canada could face Australia in the last eight after Nick Kyrgios returned from a two-month lay-off to put his team on their way to a 3-0 win over Colombia in Group D.

Australia face Belgium in a group decider on Wednesday.

Top seeds and last year's runners-up France had a close shave as they beat Japan 2-1 -- Nicolas Mahut and Pierre-Hugues Herbert winning the decisive doubles 6-7(4) 6-4 7-5 against Ben McLachlan and Yasutaka Uchiyama.

There were no French fans there to watch it, however.

The Les Bleus supporters club has boycotted the event in protest at radical changes that have largely replaced the 10-month long home and away knockout format with an 18-nation season-ender in a single city, played over seven hectic days.

"Actually, it was pretty special because it was the first time I hear myself singing La Marseillaise," Herbert joked.

The six group winners and two best-placed runners-up progress to the quarter-finals.