With a large expat community on the island it may come as a surprise that there is no junior cricket in Mallorca. There are many International schools and you will often see Asian communities playing street cricket in Parc WiFi Llevant in Palma. If you have been looking for junior cricket on the island, your wait is over, as the Mallorca Meerkats have recently launched their club, running selected Fridays at the Queen’s Centre, Palma, with plans to go weekly from April.

Founder, Chad Harwood-Jones says ‘I arrived on the island in August with two cricket hungry sons, and no junior cricket on the island. Given the climate, Majorca provides a great opportunity to play cricket all year round. Obviously we are living in Covid times so it’s not the ideal time to launch a cricket club, however after a couple of social media posts it was clear there was good demand from expat parents. A couple of emails and a meeting later, we found the perfect venue, the Queen’s Centre with their fantastic sports facility and stunning woodland backdrop of Bellver’.

After a successful launch event in early November, two more training sessions are running in December (Friday 4th and 11th) and there’s talk of a Boxing Day match involving the parents, with a venue TBC. Going into the New Year there will be selected Friday sessions with the aim to go weekly from the beginning of April. The club is open to all boys and girls aged between 5 and 12, split between two training sessions from 5.00 to 7.00 pm. 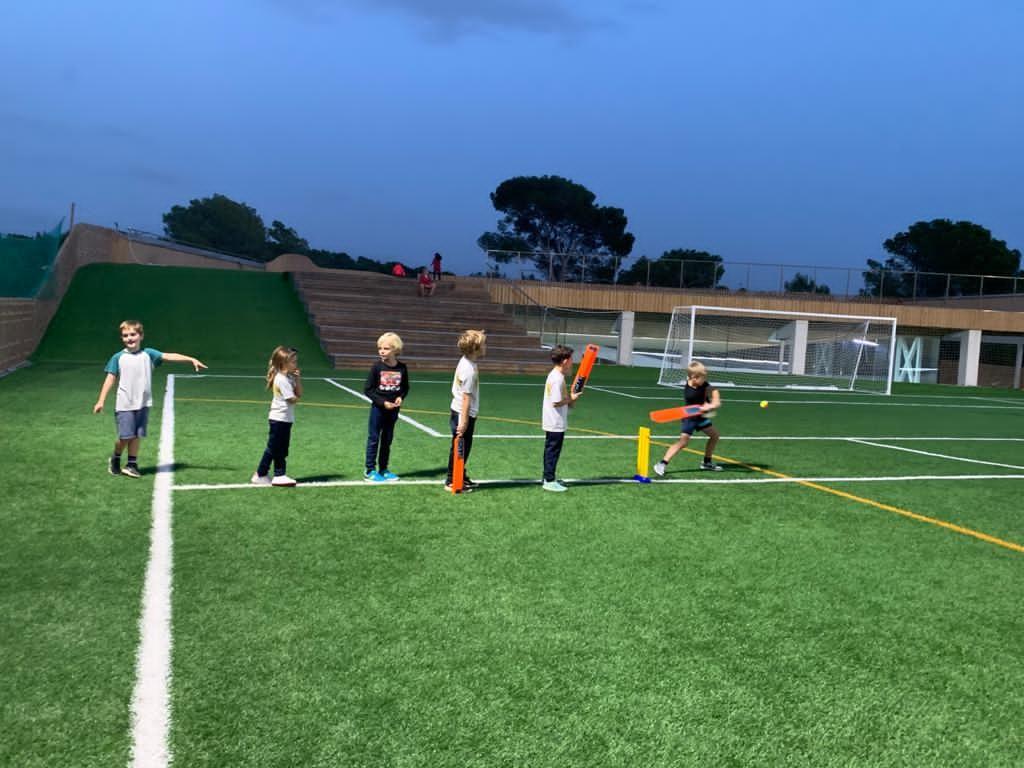 Harwood-Jones goes on to say, ‘We have had fantastic support from the Majorca men’s team, with some of their senior players on hand to help with the junior training. There’s a lot of excitement in the expat community about the growing demand for cricket on the island and there’s a longer term goal to secure some land to create a permanent home for the men and junior teams. Minorca have a fantastic facility and it would be great to create something that competes with theirs, at some point. There’s a real opportunity to host touring sides throughout the year.’

Due to Covid restrictions there are currently limited places available and the two Friday sessions are at near capacity, however the club is open to running more sessions in line with demand. If you are interested in your children playing cricket, either for the first time, or to reconnect with the game visit www.mallorcameerkats.com for more information, and follow their Facebook page for updates: www.facebook.com/mallorcameerkats.

CAN CITY GET GOING?

Manchester City’s 2-0 home victory over struggling Fulham was the first time they won two league games in a row this season and the result must have boosted their confidence ahead of next Saturday’s visit to Manchester United.

But City manager Pep Guardiola knows United will in all likelihood be a different prospect and hence he criticised his players for some poor finishing against Fulham after they were already two goals to the good. Guardiola will also be pleased with the fine performances of Raheem Sterling and Kevin de Bruyne, with the back four finding some consistency as City kept a fourth successive clean sheet in all competitions.

Having made an impressive debut for Liverpool against Ajax Amsterdam in the Champions League on Tuesday, young goalkeeper Caoimhin Kelleher followed it up with more of the same in a 4-0 Premier League win against Wolverhampton Wanderers on Sunday.

To say Wilfried Zaha is important to Crystal Palace would be a massive understatement and the talismanic forward showed again what a difference he makes by returning from COVID-19 illness to score twice in their 5-1 rout of West Bromwich Albion.

BLADES LOOK DOOMED AFTER YET ANOTHER LOSS

Sheffield United face a mammoth task to avoid relegation after a 2-1 home defeat by Leicester City left them rooted to the bottom of the table with one point from 11 games, stretching their winless league run to 14 games dating back to last season. A porous defence coupled with a blunt-looking attack - they have scored a mere five goals and conceded 18 - does not give their fans much room for optimism that the Blades can turn their season around.