Hightlights of the match between Almeria and Real Mallorca. | Última hora

Mallorca, top of LaLiga SmartBank on goal difference from Espanyol, away against Almeria, in fourth place and certainly on a roll, having won their last six games.

The first half was marked mainly by Almeria players picking up yellow cards - three in the first twenty-five minutes - followed by Mallorca getting two bookings in the space of three minutes. An even first period with little by the way of genuine scoring opportunities. 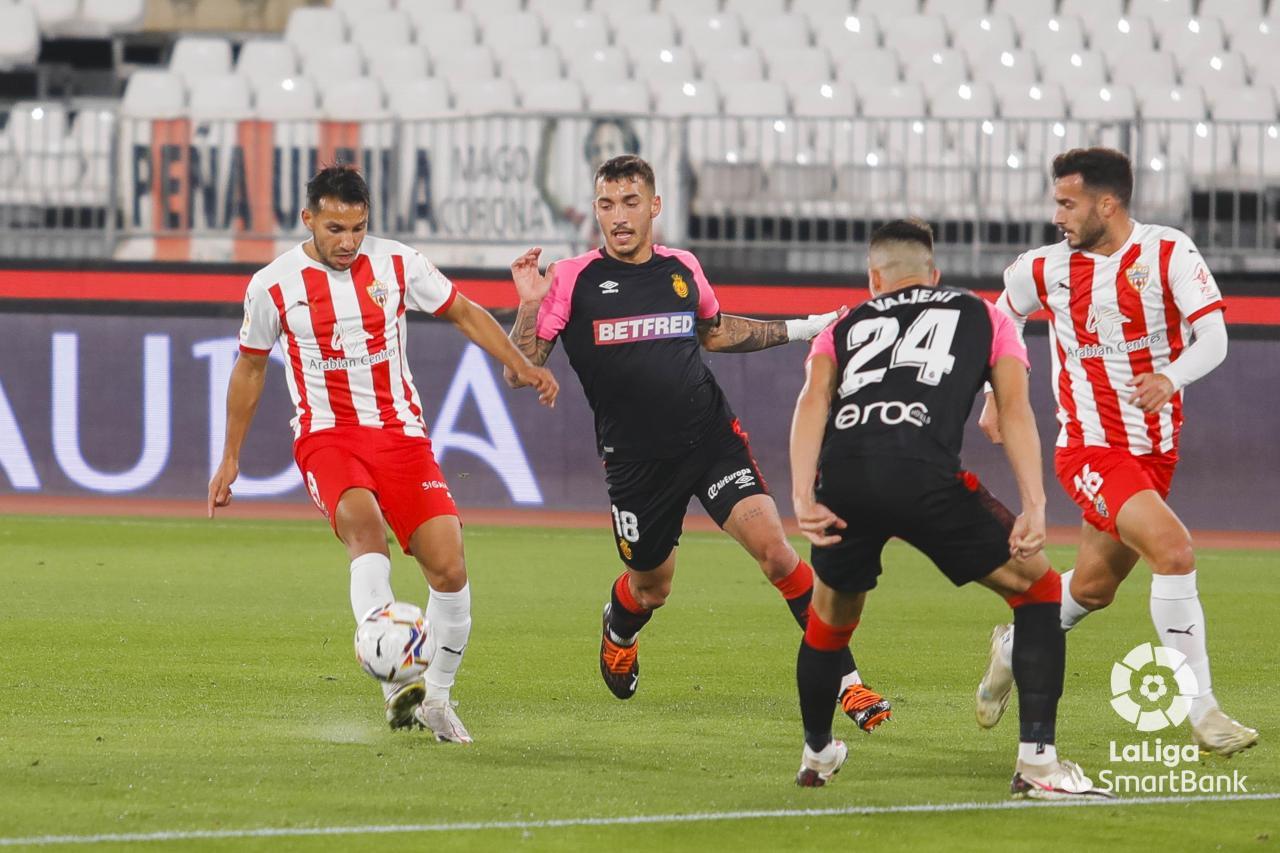 Mallorca, with Jordi Mboula and Salva Sevilla coming on for Antonio Sánchez and Iddrisu Baba ten minutes after the break, were looking the better side. Seviila tested Fernando in the Almeria goal with a fine shot, but it was Almeria who had the clearest chance on 71 minutes when Samu hit the post and Umar Sadiq was unable to take advantage of the rebound.

Abdón Prats, who scored his first goal since June 2019 after coming on against Logroñés at the weekend, replaced Braian Cufré after 78 minutes. Lago Junior came on with a minute of normal time remaining, and he set up a great goal by Abdón into added time.

Mallorca had left it very late, but this was just the sort of game and result that confirms them as genuine promotion contenders.