Real Mallorca president Andy Kohlberg, in an interview he gave to Forbes Sport magazine last week, said that the club has had a significant cash injection following a 2.2 billion euro deal between most of La Liga sides and private equity firm CVC.

Although Mallorca’s share of the monetary windfall won’t be as attractive as some of the other Primera sides, the majority of the funds clubs receive MUST be spent on infrastructure.

With this in mind, the club intend to renovate the Son Moix, the priority being the removal of the obsolete running track from around the pitch.

It hasn’t been used in earnest since the World Student Games in 2000.
It’s a perennial subject that may just see completion after many years of rejection from local politicians.

Palma City Council are our landlords and not one brick in the Son Moix can be removed without their approval.

However, on Wednesday the mayor of Palma, Jose Hila, said “The City Council has recently acquired some land next to the Son Moix with the idea of building a municipal athletics track.

“It’s now up to Real Mallorca to go one step further with their idea of reconstructing the Son Moix stadium.

“They have the political approval and now they need a favourable technical report. I don’t give construction licences and RCD Mallorca will have to submit their architectural project and request a licence following all the correct procedures.” Watch this space!

After all the Ts were crossed and the Is were dotted, we’ve finished up with 27 players in a squad that looks capable of achieving its objective – “permanencia” – come next May.
We’ve brought in a goalkeeper (Greif), two full backs (Maffeo and Jaume Costa), a midfielder (Ballaglia), two wingers (Kubo and Kang In Lee) and four forwards (Fer Niño, Hoppe, Amath and Angel Rodriguez). We have contracted purchase orders on Maffeo and Fer Niño. 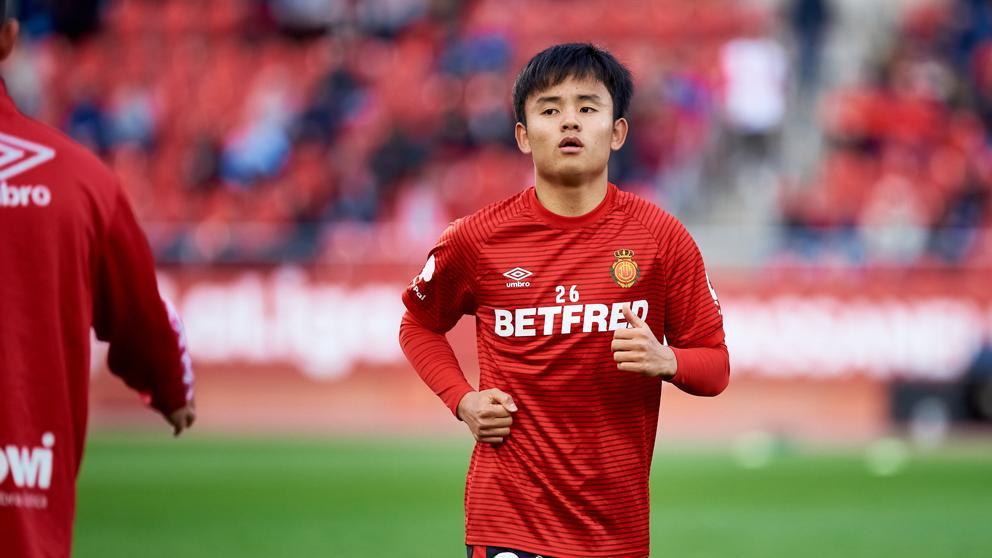 With 27 players available, coach Luis Garcia Plaza could have two full teams with five on the bench.

Cynics may say 27 is too many but it’s LGP’s job to keep the dressing room appeased.
There’s bound to be some players who won’t see much playing time although they may get a run-out in “Copa” matches.

Ortells’ work over the final hours of transfer window was intense but his efforts look to have given us a team with muscle, talent and especially youth.

We look to have playing guarantees in all positions from back to front.
Mallorca are committed to four young players, all of them just 20 years old, to bring freshness and hunger for victories to the team.

These four are Take Kubo from Japan, Kang In Lee from South Korea, Matthew Hoppe from the USA (the only North American to play for Real Mallorca) and Palma-born Fer Niño. Kang In Lee comes from Valencia where he’d been since he was 10.

Valencia’s decision to let him go for free has incensed the Mestalla faithful, especially as it happened without anybody knowing. His unannounced and unceremonious departure has been seen as an indictment of the club’s management and its failure to develop new talent. His career had stalled but now should start again as he was up there with fellow countryman Son Heung (now a big star at Tottenham Hotspur) as a sporting god in South Korea. His buy-out clause two years ago was 80 million euros – we got a “steal” getting him on a free transfer.

Striker Matthew Hoppe’s arrival came out of the blue – the colour of his Geman club Schalke 04 shirts. He made headlines in Germany in January when in only his second game he scored a hat-trick in 21 minutes.

Born in Yorba Linda in California, he started at the Barca Residency Academy in Arizona (where our owners are based) where he became an outstanding student.

He moved to LA Galaxy when Schalke found him under their radar and convinced him to emigrate to Germany, the land where his father was born.

Making a huge impact in the Bundesliga, he was capped by the USA playing in the recent Concacaf Cup where he scored against Jamaica.

He takes the place of Trajkovski who’s gone out on loan to Danish club Aalborg. Victor Mollejo (Uncle Fester) has gone to Tenerife after a disappointing spell here. Daniel Sturridge is still an option as he’s a free agent and can be signed at any time.

PS For the home game against Villareal on the weekend of September 18-19 we could well have 12,500 fans back in the Son Moix.

The Ministry of Health announced that up to 60% could be allowed in during September. Final ruling on this will come from local health authorities.

AND FINALLY, the Metropolitan Police in London reported on Monday finding a man’s body floating in the river Thames. His name won’t be released until his family have been notified.

The victim apparently drowned due to excessive marijuana consumption.

He was wearing black fishnet stockings, a red garter belt, a pink G string, purple lipstick and an Arsenal T-shirt. He also had a cucumber stuck up where the sun don’t shine.
The police removed the Arsenal shirt to spare his family any unnecessary embarrassment!