Real Mallorca secured their survival in the top flight of Spanish football by winning away against Osasuna. While Cadiz also won, Granada could only draw and were relegated. 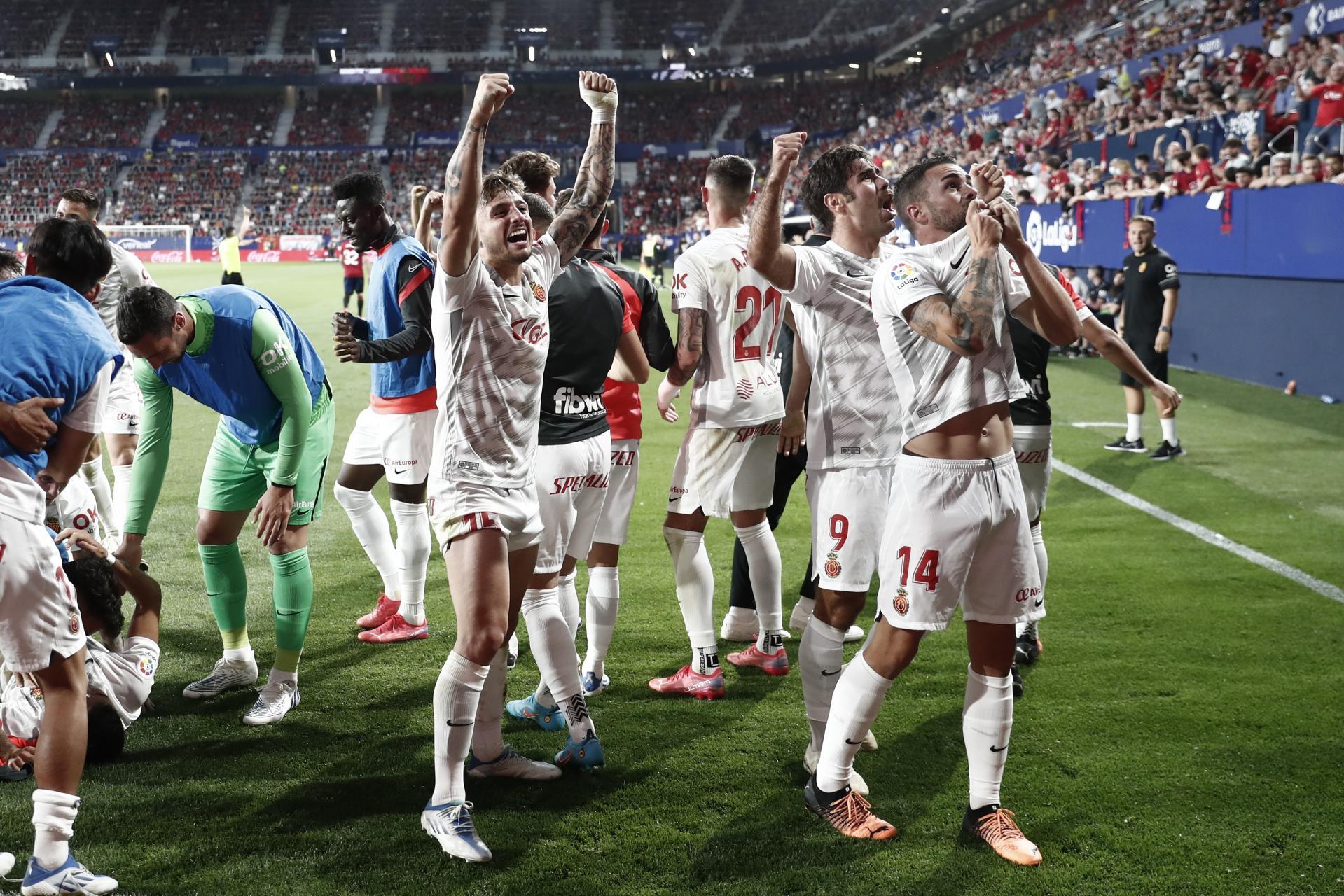 Osasuna dominated possession early on, Ante Budimir, the former Mallorca striker, just failing to latch onto a centre but with neither side threatening.

On the half hour, the match started to warm up, Budimir unable to take advantage of a Manolo Reina error, Vedat Muriqi's header going close, and Sergio Herrera in the Osasuna goal saving from an excellent Salva Sevilla free-kick. Reina did better, had to do better, on 42 minutes when Budimir was let in by Pablo Maffeo's slip.

Nil-nil at half-time and goalless in the Alavés-Cadiz and Granada-Espanyol matches as well.

Two minutes into the second period and Muriqi's pass put in Ángel Rodríguez to shoot past Herrera. One-nil to Mallorca, and survival was now closer. Budimir grazed the post on 61 minutes, as Mallorca sat back in defence. As things stood - nil-nil in the other two relegation matches - Mallorca were safe.

Herrera pushed a Dani Rodríguez shot away for a corner on 71 minutes, while elsewhere Cadiz went one-nil up.

With seven minutes of normal time left, it looked like job done for Mallorca. Clément Grenier followed up Herrera's save from Abdón Prats to make it two-nil. Muriqi might have made it three on 87 minutes, but it didn't matter. Granada were down, Mallorca were safe.

Rich Jack | about 1 month ago