It looked as if Raíllo had won it for Mallorca

At home to a side promoted last season via the play-offs, Mallorca stuck to Javier Aguirre's defensive shape and were content to allow the visitors to have more of the possession during the first half.

A shot by Rodrigo Riquelme on the half hour was the best attempt at goal by either side, until Mallorca sprang into life from two corners and what was initially given as a penalty in the 38th minute. Referee Isidro Díaz de Mera reversed his decision after a VAR check and rescinded a yellow card for a foul by Girona keeper Juan Carlos on Mallorca's José Copete. 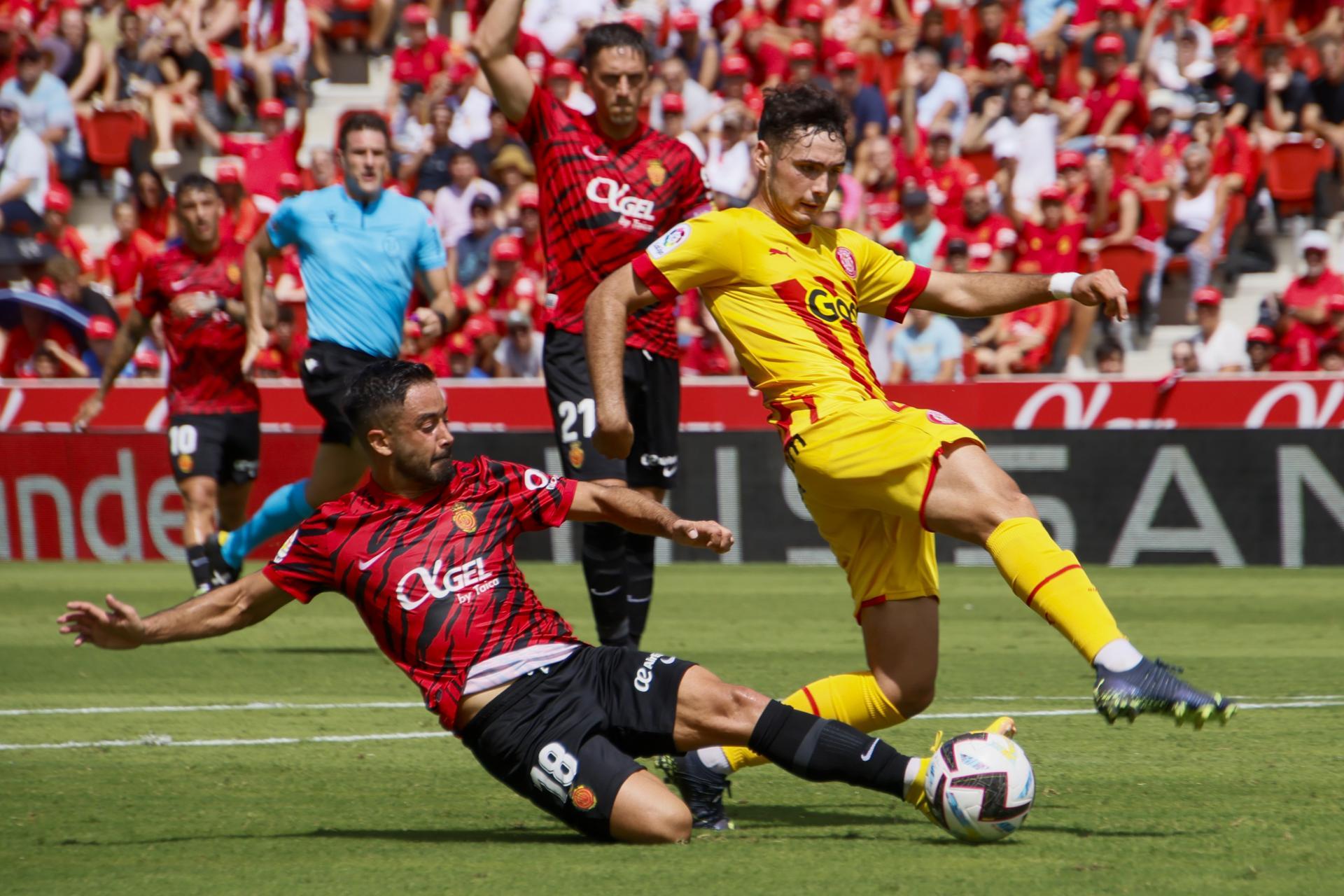 Riquelme had an even better opportunity to give Girona the lead after nine minutes of the second period when a clearance dropped to him in the penalty area; his shot went over.

Carlos saved Clément Grenier's 74th minute effort following good work by Lee Kang-in, the South Korean's cross getting in behind the Girona defence. It was then the turn of Sáiz to split the Mallorca defence and set up Arnau Martínez, whose shot went just wide.

Following a period of prolonged Girona possession, Mallorca got a corner three minutes from the end of normal time. Centre-back Antonio Raíllo controlled Lee's corner with his chest and shot past Carlos to make it one-nil to Mallorca. But almost immediately afterwards, Copete pushed Vallejo in the area, and Samu Sáiz slotted home the penalty.