After the success of Cooks and Kitchens with soul, Santi returns to surprise with a proposal that has a lot to do with his weekly changing menus in Lloseta, dishes with history and tradition.

Now, in Dins, the chef appears with more sophisticated creations but always attached to his land, his faithful commitment to history in his decision not to cook anything that was not documented in recipe books and anecdotes, from the De re coquinaria, the first recipe book in Latin of which there are written sources in the 4th century, through convent, Jewish, Christian or Arab recipe books; the most popular cuisine of Mallorca or that of the noble and wealthy houses of the island.

His search through history is constant. From it, Santi brings us his updated and always documented versions.

“My work consists of adapting recipes with historical backgrounds to the present day, bringing them up to date without betraying them or losing their essence or their origins,” the chef remarks.

I admire the work of Tomeu Arbona, from his forn, cooking history day by day; in his Fornet de la Soca, his facilities take you back a century.

For Santi Taura, this has been a year of significant changes and developments, both in his personal and professional life.

It is now just under a year since the Michelin guide awarded him his star, perhaps at the sweetest moment of his professional career. Santi insists that it is an award for teamwork and his work has continued in exactly the same way.

On a personal level, he has moved to Sóller, although he continues to emphasise his native Lloseta, where he has worked for eighteen years. Now he enjoys the countryside and olive groves. His media work remains intact with his widely followed television programmes. 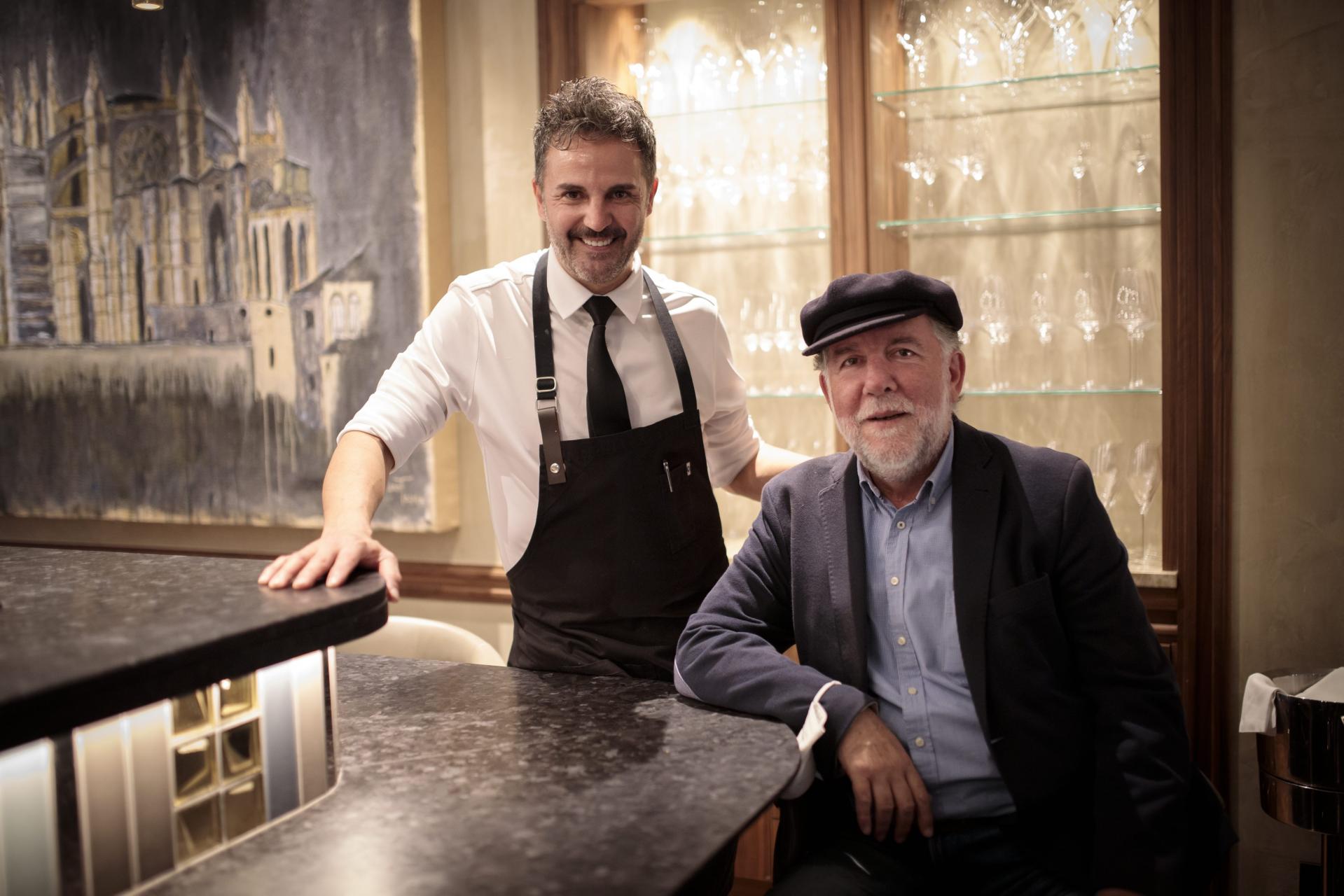 At Cor, next to the Olivar market, there have been changes, it is now more of a restaurant, although it is more informal with portions and dishes to share, at lunch and dinner, although at the bar they continue to serve their popular variat every day.

At the head of the kitchen is Jaime Comas, their faithful squire for the last decade. To find out about his latest project, you have to travel to the north of the island, Cala Sant Vicenç, where he plans to open El Vicenç, a small hotel and restaurant, next April, coinciding with the start of the season. It will be much talked about!

The online booking system from the first edition is maintained, this allows you to book and pay for the service in advance.

A QR code, which is published on the promotional pages of ‘Cooks and Kitchens with Alma’, allows access to the online booking system from where the purchase of this tasting menu and the reservation at the restaurant is managed.

Thanks to its operational design, the user can select the day he/she wants to book the service, the number of diners and the time (lunchtime or evening). Once the selection has been made, the amount must be paid following the indications of the Virtual POS, with secure payment guaranteed by the La Caixa platform.

Once the reservation has been made, the customer will receive an individual and personalised ticket by email or mobile phone.

For more information, the organisers have enabled Whatsapp 620 965 482.

A little story that Santi tells me for the first time: discovering Majorca through two brothers: Llorenç is cosmopolitan, he likes to live and eat well, visit museums and stroll through the streets of Palma, even, if necessary, go shopping. Vicenç also likes to eat and sleep well but seeks tranquillity and the proximity of the sea and the mountains, he enjoys hiking and nature.

Two different and complementary ways of getting to know our island with a chance to spend a few days in Palma and others on the coast by the sea in Cala Sant Vicenç, accompanied by the best gastronomy of Santi Taura. A story that will become a reality from next April with the opening of El Vicenç, a hotel and restaurant in the well-known cove of Pollensa.

With this opening, the gastronomic level of the northern area will rise notably.

Cooking up a Majorcan treat

Getting you hooked on fish

Warm yourself with a super lamb dish

Warm youself with some lamb chops

The best of Majorcan cooking

Mallorcan cuisine at its best