Andrea with some of the cakes and tarts on display. | Jaume Morey

Mallorca has some splendid restaurants serving authentic local food at its best (why do they never receive a Michelin star?) and also some truly great pastry shops.
But there’s only one place where, under the same centuries old roof, you will be served great local cooking and the best there is in the way of French tarts and cakes.

That place is Restaurante-Celler Sa Sini in Santa María and it’s right in the centre of town, on the main street, where it occupies the ground floor of a 16th century house.
Sa Sini has been doing the best kind of Mallorcan dishes for the past 56 years, but the French tarts and cakes didn’t arrive until 25 years ago. That was when Andrea Terrades Massion moved from Peguera to Santa María. 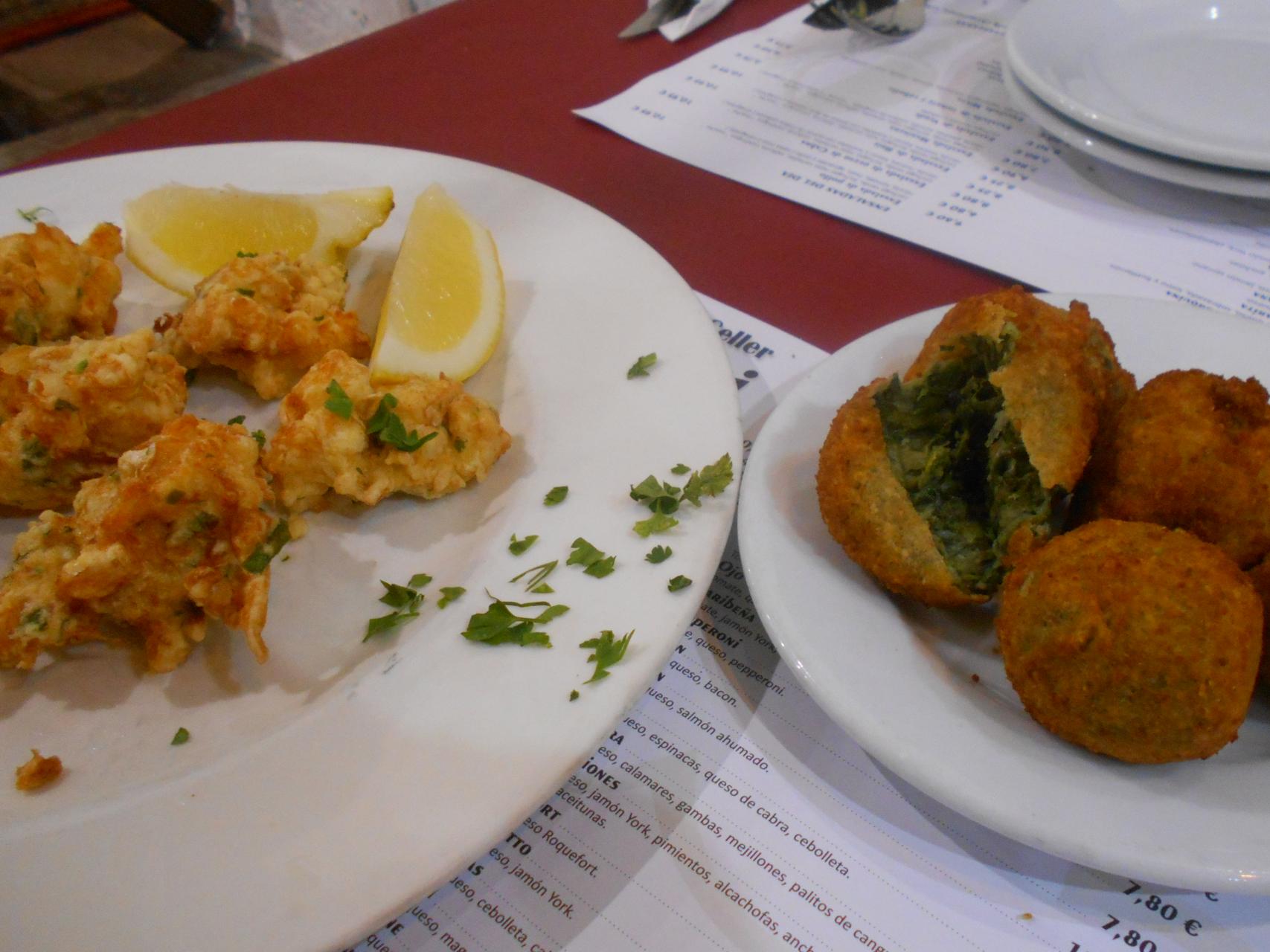 Andrea was born in Nantes, a city on the Loire in western France, where she studied accountancy and learned to bake French pastries. She had a Mallorcan father and a French mother and eventually landed in Peguera where she made French pastries in a German-owned tearoom and then in her own Café Paris, before moving to Santa María to run Sa Sini with her husband. From that moment on Sa Sini became the island restaurant with the finest and largest choice of French cakes and tarts. There isn’t a Michelin starred place that is even in the same pastries league…not only in Mallorca but in all of Spain…and France. Andrea has built up a repertoire of more than 50 recipes and 25 of them are on display every day at the restaurant — and even more on Sundays and fiesta days. Every tart and cake at Sa Sini is made with only the best ingredients. That includes fresh fruits such as raspberries, strawberries and cranberries. Andrea uses only salted butter — as do all the best pastry cooks in France. 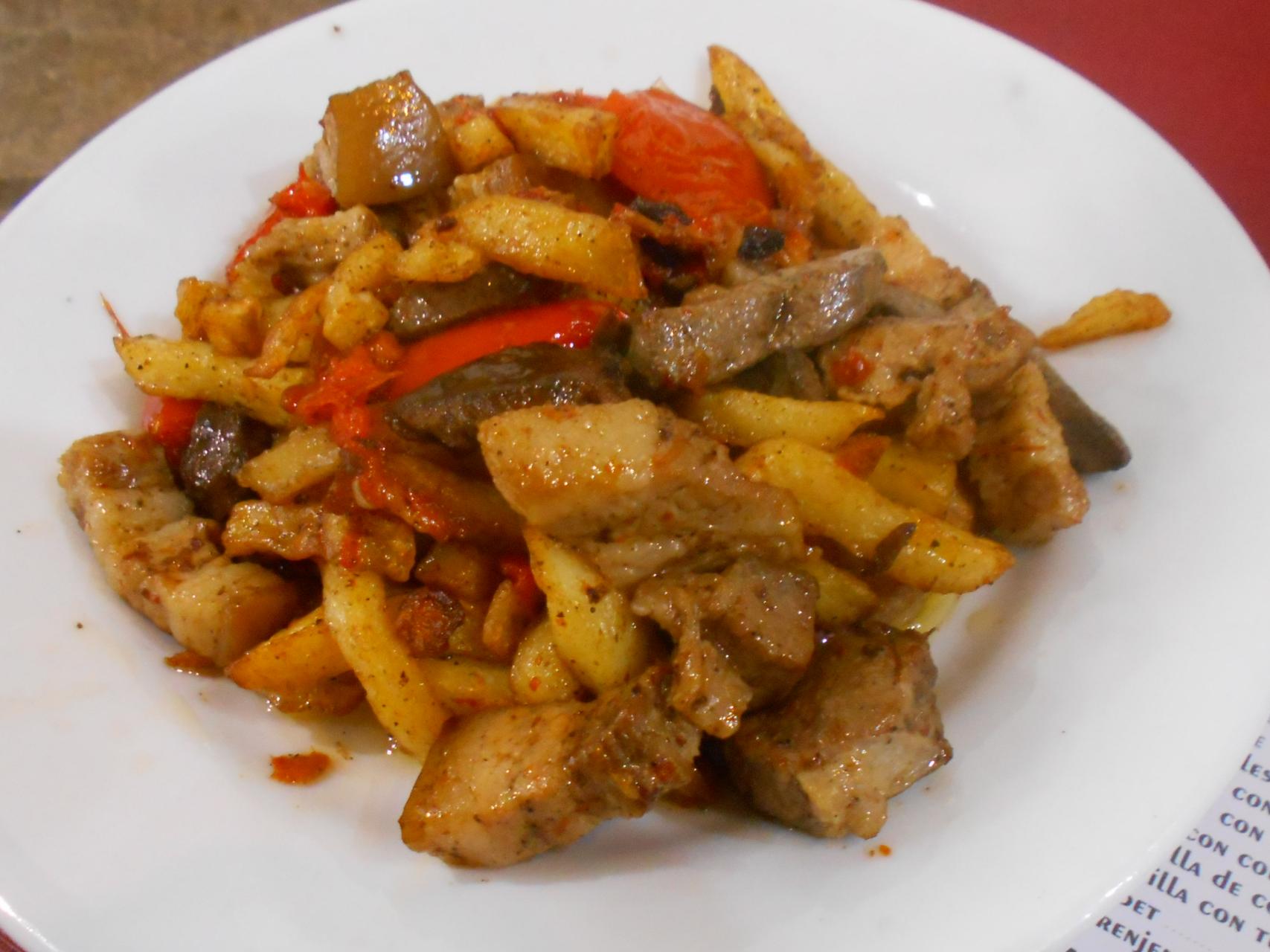 None of the pastries are listed on the menu. At the end of the menu it simply says ‘Try our delicious homemade desserts’ and it gives a single price: €4.15. That means every single piece of tart or cake costs an incredibly low €4.15. I know of no other half decent restaurant with desserts as economical as this — and these are pastries made with butter and fresh fruits such as raspberries and cranberries. And it’s not as if Andrea is a dummy and doesn’t know how to calculate her costs and to charge accordingly. She studied accountancy and is on record as saying that her experience in this field has shown her how to calculate costs and work out profit margins.

Although I am writing this review in the closing days of April, I actually ate at Sa Sini in December of last year. At that time the strawberries I was buying in Palma (at some of the best places) weren’t very sweet. But those on the strawberry cake at Sa Sini, which had had nothing done to them, were nicely sweet. In other words, they were a superior kind of strawberry. With the rise in the price of electricity, petrol, transport costs, food prices and a longish etcetera, I phoned the restaurant to make sure all the cakes and tarts were still costing only €4.15. The waiter who took my call almost scoffingly said: "Of course the prices are still the same." 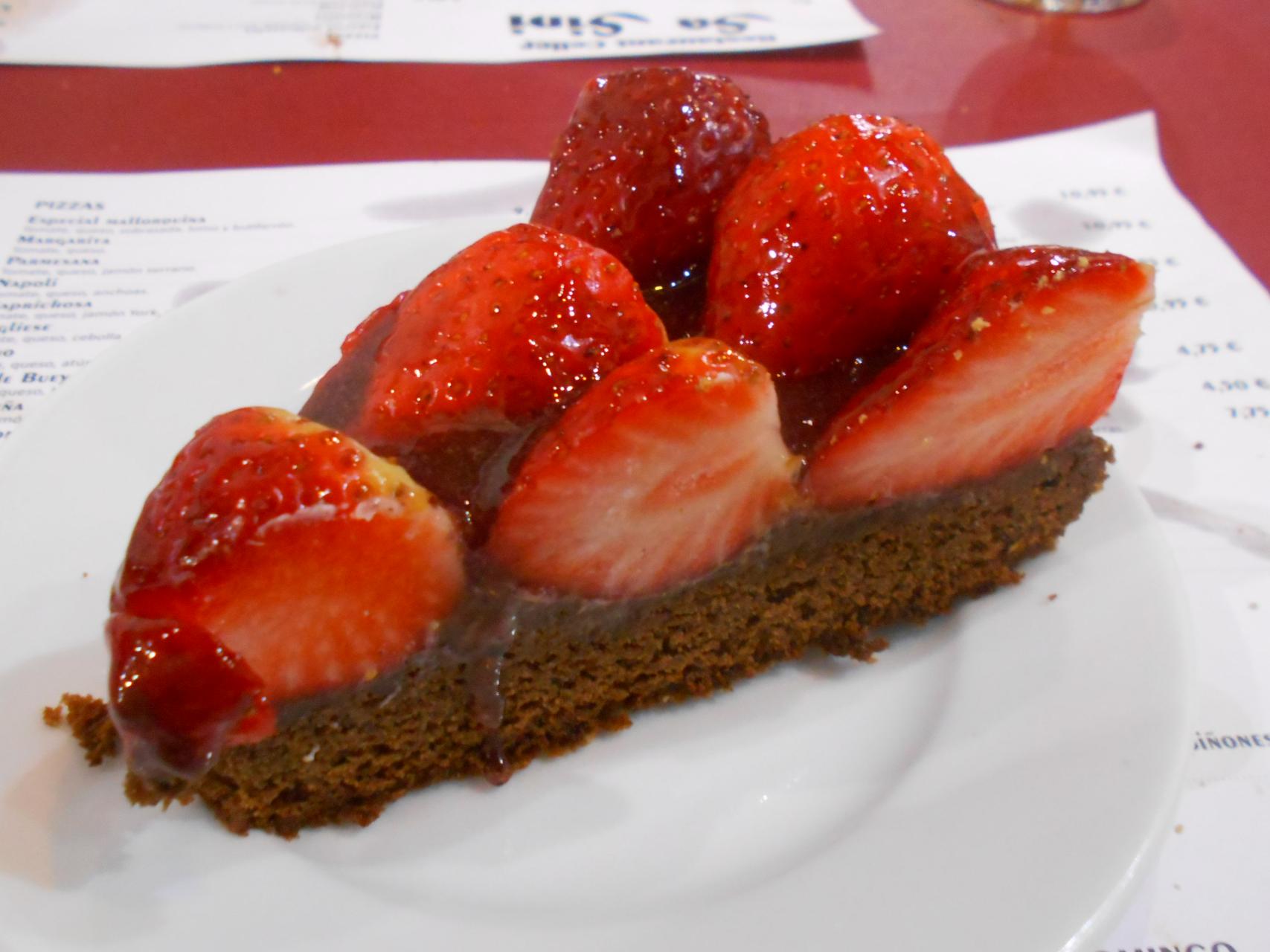 If you’re an observant reader of newspapers you may have noticed that the ‘bill’ section of the review doesn’t mention the €4.15 price of our raspberry tart and strawberry cake.
That’s because I went to Sa Sini with Pepe Ariza who was one of Andrea’s suppliers in her early years and is also a regular customer. She has never ever charged him for dessert. I can assure you that not all restaurant owners are as generous as that. There is a slight downside to this review: Andrea will be retiring at the end of June. The good news is that for the past six months she has been teaching her successor how to make her 50-plus recipes for tarts and cakes.

What happens when the bosses are away?

Good lasagna nowadays is so very hard to find

So there will be continuity in the pastry making section of the kitchen. I’ll return at the end of summer to see how the new pastry cook is making out. I’m pretty sure Andrea is as good a teacher as she is a pastry maker.

Sa Sini is a restaurant where you will eat some of the better known dishes for which Mallorca is famous. It just so happens that the owner has a French-born wife (of Mallorcan descent) and she is an expert pastry maker. So Sa Sini diners also get the biggest choice of the island’s foremost French tarts and cakes. It’s a nice culinary mix, and because prices here are most reasonable the place fills up twice a day for six days of the week. Sa Sini is also popular because it’s in a superb setting — the ground floor of a splendid 16th century house right in the centre of town. Our Mallorcan dishes were nicely done and the cod fritters were worth an immediate 10. The dish of frito de matanza was just right and so was the moist version of tumbet. Our slices of raspberry tart and strawberry cake were both rated a 10 and they cost an incredibly low €4.15 each — the set price for every one of the 25 pastries that are always on display. Be sure to reserve a table when eating here — every other diner does. 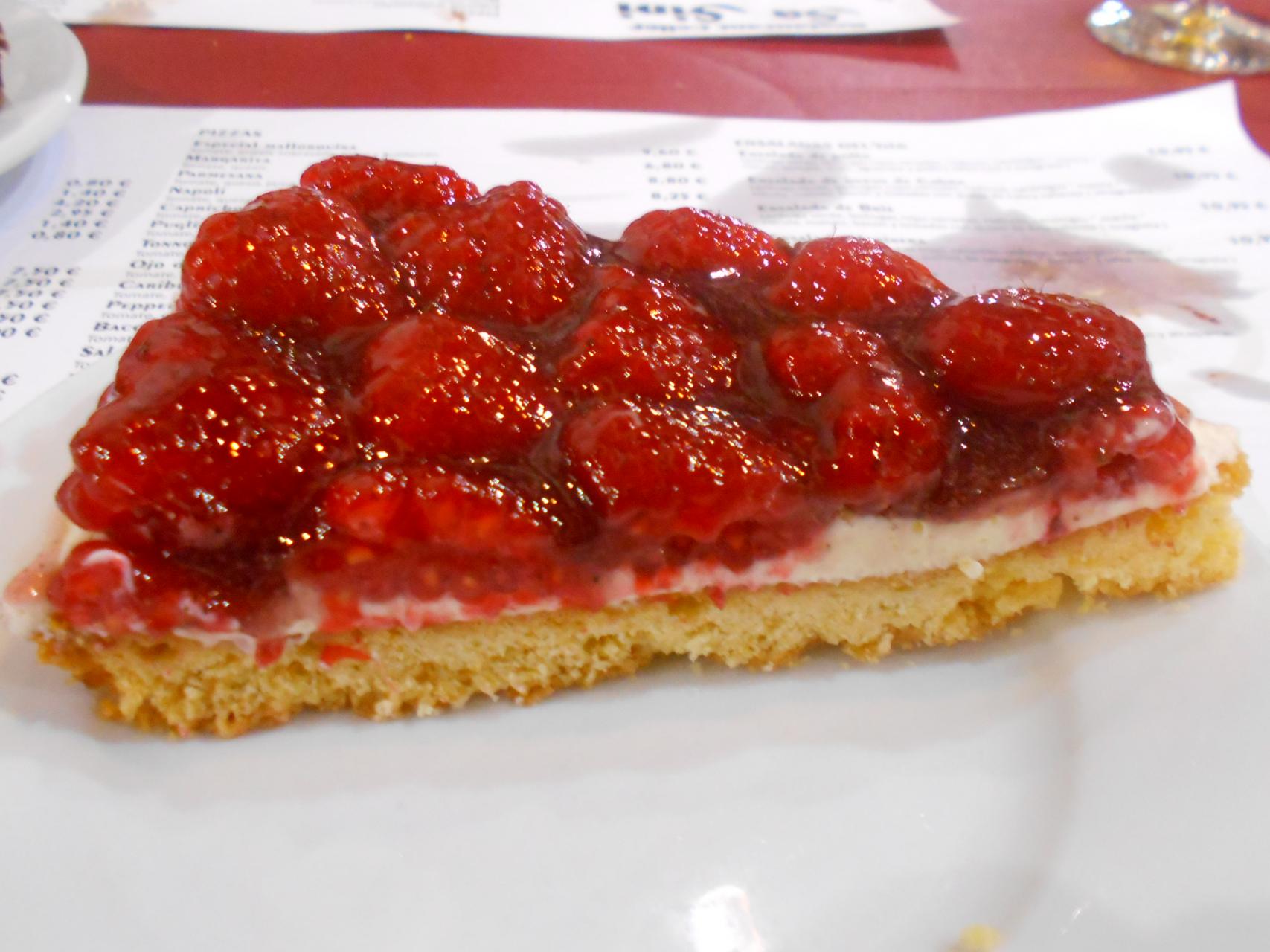 You will eat some of the better known dishes for which Mallorca is famous at this restaurant.