Cool down with cucumber soup

The American statesman, inventor and scientist Benjamin Franklin wrote in a 1789 letter: “In this world nothing can be said to be certain, except death and taxes.” I would add a third certainty: it’s going to get hotter before it gets cooler.

And it’s not just in Mallorca, but all over the place…except the Orkneys. These northern isles look like being the last bastion of cold rainy weather in the middle of a worldwide heatwave. At the time of writing, the day’s high in the Orkneys was 15C and the low was 7C — and it was raining.

The 10-day forecast for Palma was more and more sun with not a drop of rain in sight. That means we must drink at least two and a half litres of water every day and it will help immensely if we make the most of cucumbers, the summer’s coolest vegetable.

The ancient simile ‘as cool as a cucumber’ is probably the most scientifically accurate of all terms connected with food: the cucumber’s interior can be as much as 11C cooler than the surrounding temperature.

Some Spanish housewives make good use of that little fact. When the summer temperature in the kitchen gets unbearable, they stick a couple of thin slices of cucumber on their temples. The cooling effect has to be experienced to be believed. Give it a try. 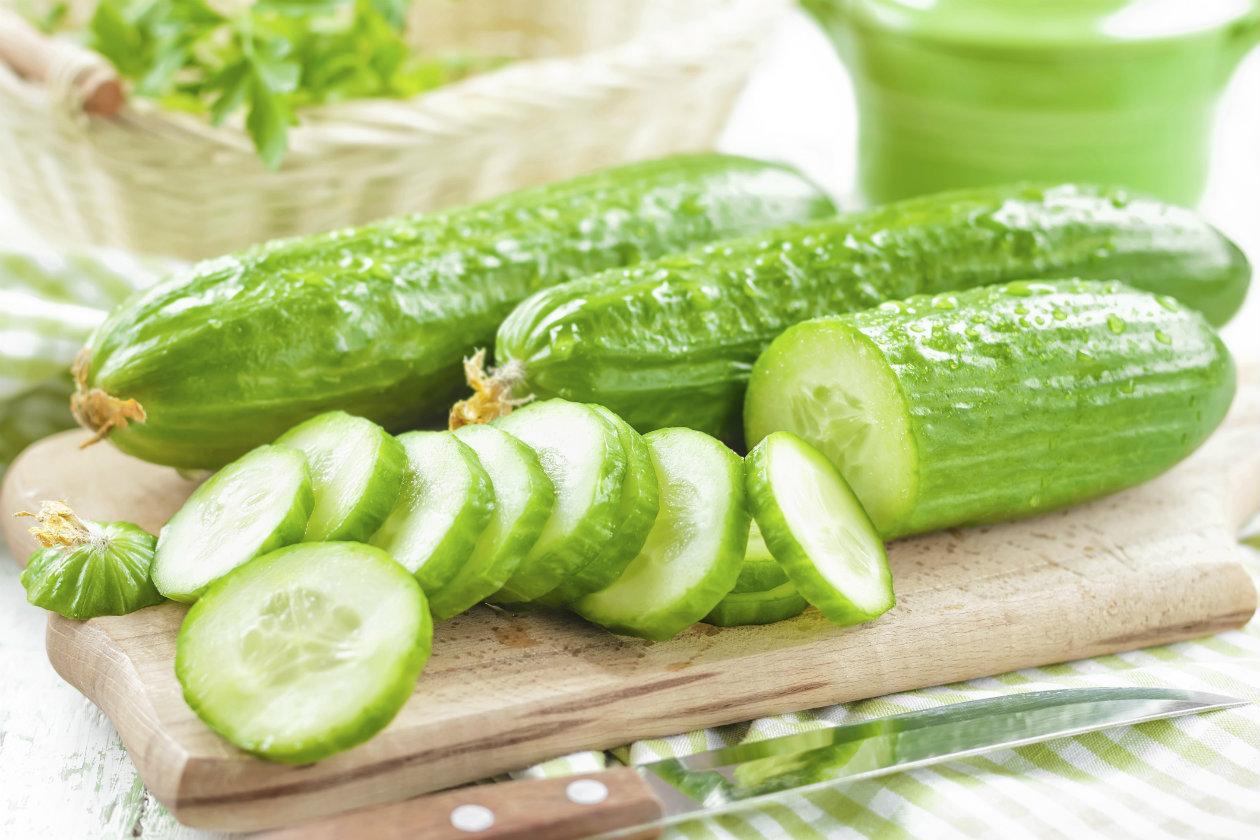 Cucumbers grew in Asia some 4,000 years ago and they were used by the ancient Egyptians, Greeks and Romans. It was the Romans who took them to England.

But they weren’t much used until the 16th century when they were always served cooked or pickled. Raw cucumbers were used only as fodder for mules and asses. Even today, many people are far from enamoured of cucumbers. They are one of those foods that can repeat on some people and they shun them at all times.

Lexicographer and writer Samuel Johnson was totally dismissive of them in 1773 when he wrote: “A cucumber should be well sliced, and dressed with pepper and vinegar, and then thrown out as good for nothing.”

But for those without reflux problems, and who are not as disdainful as Dr Johnson, cucumbers are a summer delight and an essential ingredient in traditional English cuisine: afternoon tea with cucumber sandwiches is the Queen’s favourite meal.

Cucumbers are a main ingredient in cold soups all over the world and some of them will help to get meals off to a cooling start between now and the end of September: the high temperatures could easily last until then. A Russian soup I have never seen in any restaurant or even in many cookbooks, is called chalop. Apart from cucumbers, it contains yoghurt, radishes, dillweed and basil. It’s most cool and refreshing.

Halve the unpeeled cucumbers lengthways, discarding some of the seeds if necessary. Slice thinly and chop finely. Chop finely the radishes and the spring onions.

Dilute the yoghurt with a little water and stir in all the ingredients except the paprika.

Leave in the fridge until very cold and serve in ice-cold bowls or glasses with an extra sprinkling of dillweed and a dusting of paprika.

Another refreshing soup called jajik is from Armenia and it also combines cucumbers and yoghurt.

Pour the yoghurt into a deepish bowl, add the iced water and blend with a spoon. Stir in the diced cucumber and salt to taste. Refrigerate for several hours.

Just before serving in bowls or glasses, sprinkle the soup with the mint and spring onion. Add an ice cube or two to each bowl.

Peel and chop the tomatoes, cucumbers and garlic and blitz in a blender with the Quely biscuits, olive oil, red wine vinegar and a teacup of ice-cold water.

When the mixture is creamy and smooth, transfer to a deep bowl or a tureen. Season to taste with salt and pepper.

Refrigerate until very cold and serve in bowls or glasses with a sprinkling of snipped dillweed and a few croutons.

Cucumbers and yoghurt are especially refreshing when combined, but the effect is compounded with the addition of lemon and mint, as is shown in this soup.

Roughly grate the well washed and unpeeled cucumbers into a bowl. Add the chicken stock and stir in the yoghurt, cream, mint and the juice of the lemons with their grated rind.

Whisk until everything is well blended. Refrigerate for several hours and serve in cups, bowl or glasses with a dusting of sweet paprika.

Other possible garnishes are a little salmon roe or a few slivers of raw beetroot.

For a soup that makes an elegant and colourful starter for a summer dinner you will need: 2 medium size cucumbers, 300 mls thick cream, 150 mls Mercadona Greek style yoghurt, 1 garlic clove pounded to a pulp in a mortar, 2 tbsps red wine vinegar, salt and pepper to taste, 1 tbsp very finely chopped gherkin, 2 tbsps chopped fresh mint. These quantities are guidelines and you can vary them according to personal taste.

Wash the cucumber and grate into a deepish bowl. Stir in the cream and the yoghurt. Add the garlic pulp, the vinegar and season to taste.

Cucumbers are on sale all year long but their natural season is August and September. Those bought at other times of the year are usually grown in plastic tunnels.

The nutrients in cucumbers are few but they have no fat or carbohydrates so they are ideal for those who want to eat something and still lose weight.

They consist of 95 per cent water and have only 15 calories per 100 grs. This is the lowest calorie count per gram of all the foods in the British Nutrition Foundation guide.

The cucumber’s few vitamins and trace elements are mainly in the skin, so eat them unpeeled when possible.

As soon as the skin comes off they lose all of their vitamin A and trace elements but keep their vitamin C, folic acid and fibre.