There’s a new hotel in the centre of Palma that looks most imposing from the other side of the street with its Modernist-like curves and its all- white appearance. It has the appropriate name of Palma Blanc.

It’s on one of my routes to the office and I pass by frequently — always on the other side of the street. I keep meaning to go over and have a gander inside, but I am one of the world’s greatest procrastinators and I keep putting it off. 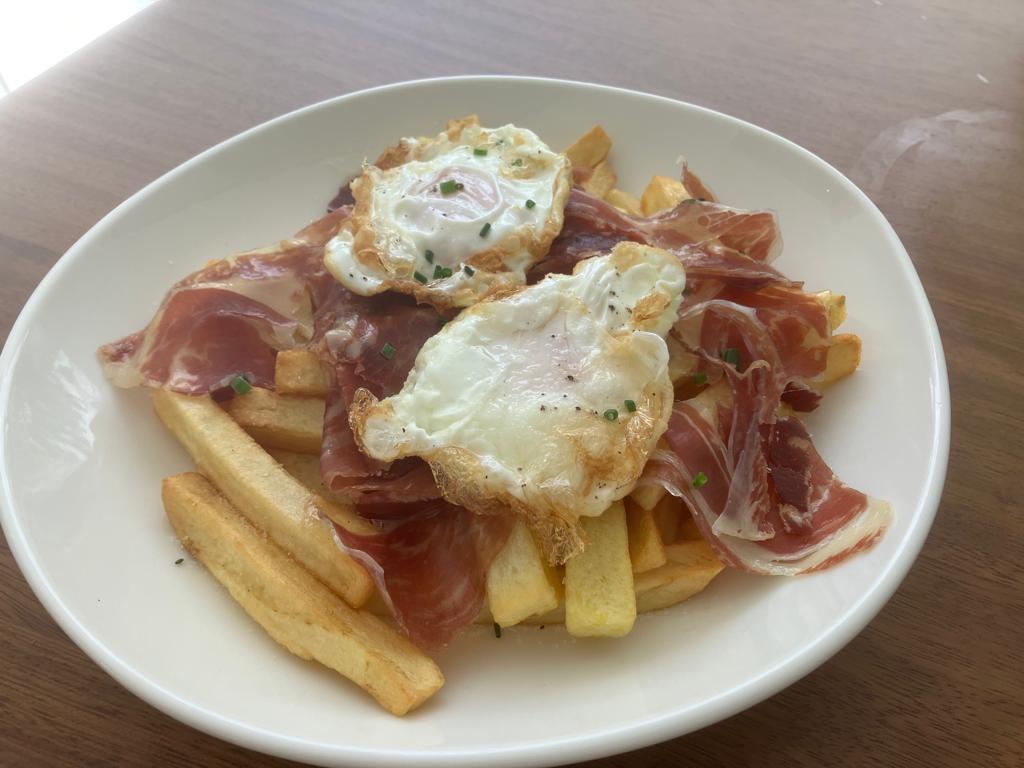 The dithering finally stopped last Saturday as I stepped off the pavement and headed towards the main door instead of taking a side street to the Bulletin offices.

Breakfast was going at full tilt with an efficient young woman at the dining door, ticking guests’ names off on her schedule — and frequently remembering their room number. I just wanted to look at the menu and she immediately went off and brought one back. Prices were higher than I usually pay, but I quickly calculated I could eat there and stay within my budget. But when I wanted to make a lunchtime booking it turned out the à la carte menu is served only for dinner. They have a menú del día, but only from Monday to Friday, and this was Saturday. 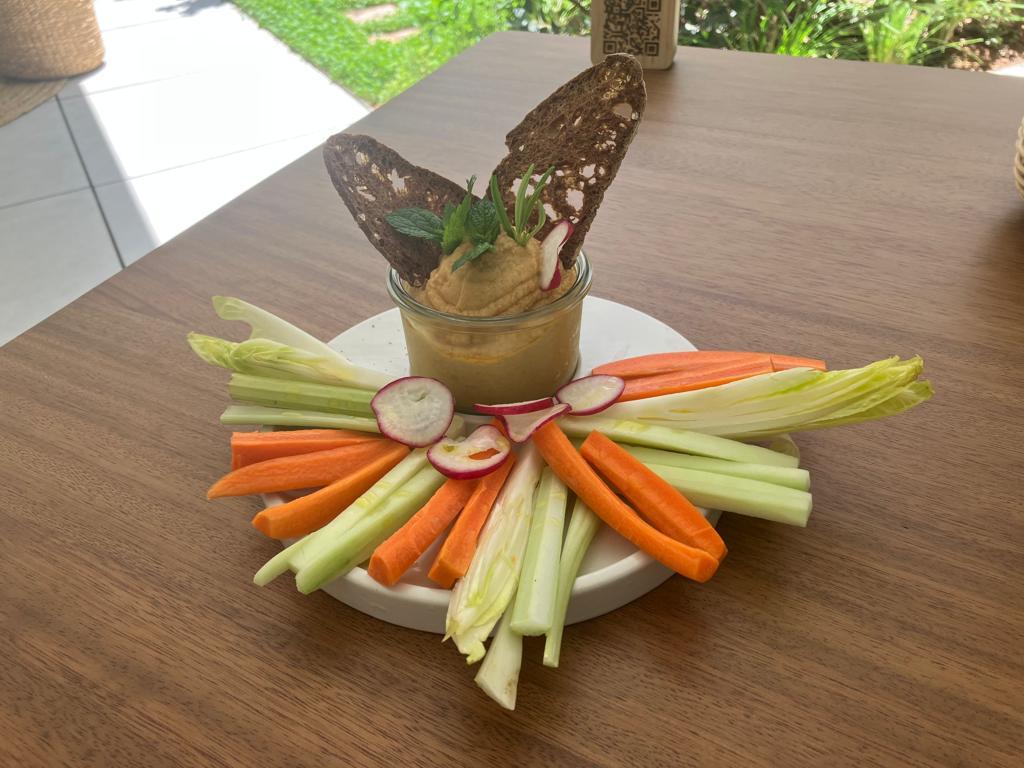 I toyed with the idea of having dinner but the thought of going home and then showering later in the evening, getting dressed and going out again in this heat was off-putting. I’d have done it for a date with Sophia Loren (she still looks lovely and lively at 88) but I decided I wouldn’t have dinner at Palma Blanc.

The young woman said they have a snacks menu between 3.30 and 7.30. That didn’t interest me
much because I think of snacks as being tiny crustless ham sandwiches and bags of potato crisps, but I had a look at the menu anyway. 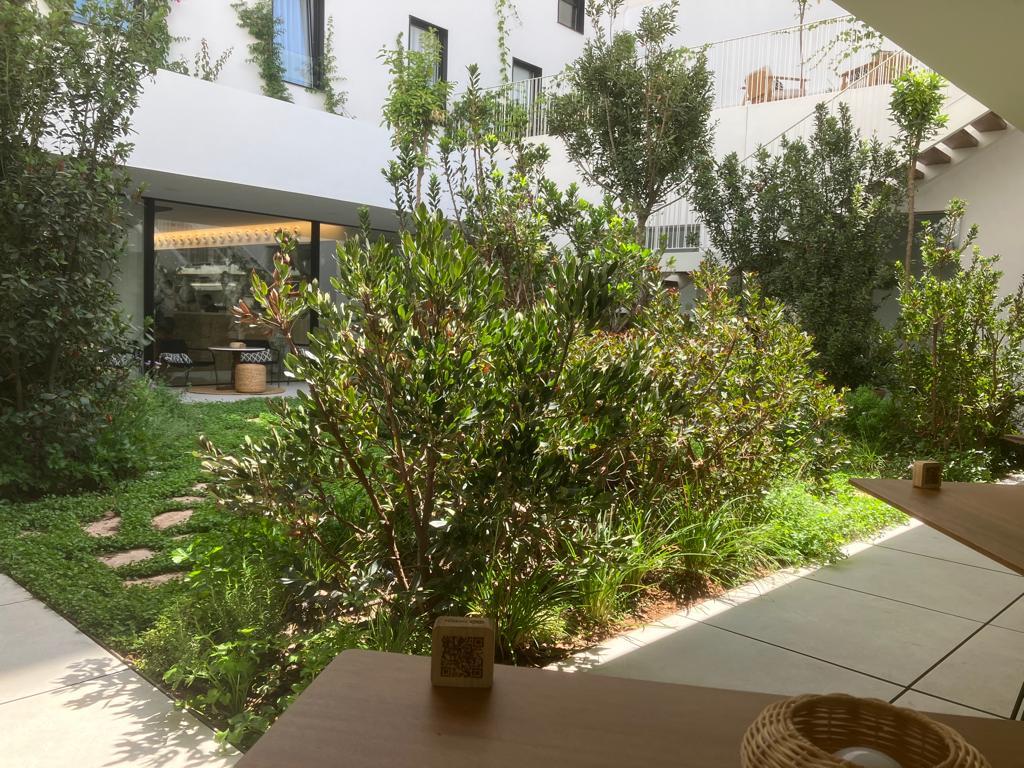 It was made up of 10 dishes, one of which immediately caught my eye: a hotdog with a bun made with ensaimada dough. That took my fancy (although not as much as a dinner date with Sophia Loren) and I’d be able to kill time in Palma until 3.30. Then the young woman said that as a kind of special dispensation I could come along earlier than 3.30 and have the snacks menu for lunch. That clinched it and I was there at 1.30 to eat in the indoor patio with its lush greenery in the centre. 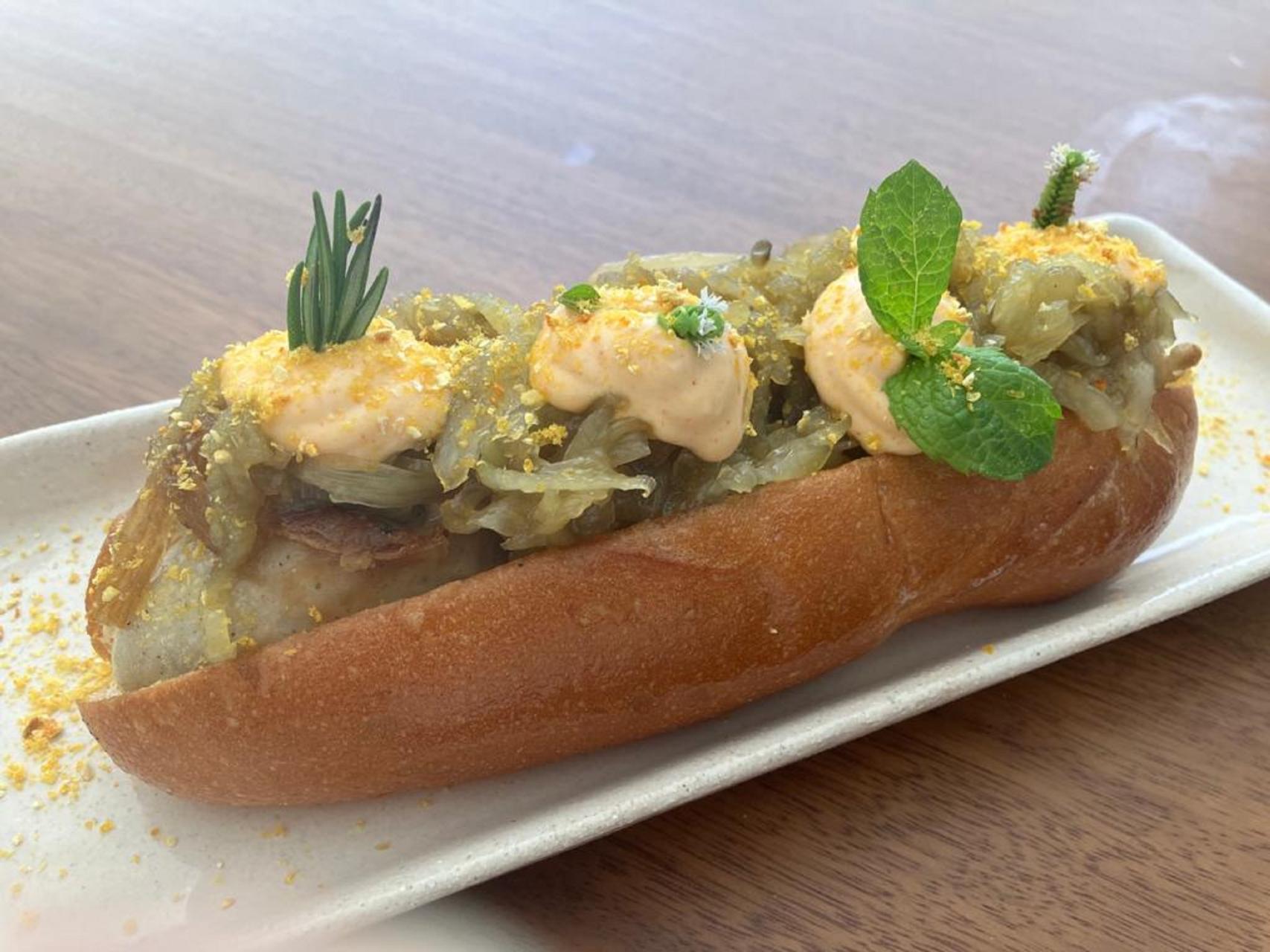 The ‘dog’ part wasn’t the classic frankfurter but a large and thick bratwurst that came on a bed of delish sautéed onions that remained transparent instead of being caramelised — which sometimes adds too much sweetness.

This was a beautifully balanced hotdog in textures and flavours and the ensaimada bun helped to get
it a 10 rating. Much as I like finger food of all kinds, this hotdog is not for eating with your hands. Use a knife and fork, cut the wurst into thinnish slices and pick up some of the onions and the bun with every forkful. Each one was most memorable.

The architects and interior designers have done a most impressive job at Palma Blanc. It’s easy enough to give a new hotel superb interiors but getting a distinctive and unique exterior doesn’t happen very often. The last time we saw it here was when the Hotel de Mar opened in Illetes in 1964. When I pass by on my way to the office, I don't actually burst out in applause, but I look at Palma Blanc with great admiration. I enjoyed eating in the interior patio with its lush greenery and got a great kick out of seeing a sparrow and a blackbird land for a quick hop around. I ate well but it could have easily been better. The humus was tasty and the texture was right, but the addition of a small amount of tahini paste would have raised it to a 10 rating. The bratwurst hotdog with its bun made with ensaimada dough came as a most pleasant surprise. The bun was light and airy and made this the most elegant hotdog I’ve ever had. I didn’t hesitate in awarding it a 10. The ham and organic eggs with chips scored another 10 — but only for the eggs. And not because they were organic but because they were perfectly fried. It’s a pity the chips were well undercooked. But it was the potatoes’ fault, not the cooks’. I think an accountant must have ordered them.