Airport delays, queues and flight cancellations continue to hit summer travel to the island with the tourist industry both in Britain and Mallorca saying in a single voice that enough is enough.

A shortage of staff, both at Palma and UK airports, have been blamed. "Everyone delayed. General chaos here at Palma airport´s Terminal A. Got to Manchester at 3am this morning. Must admit that Manchester airport is worse than Palma," said one Bulletin reader. There were also reports of more flights being cancelled making the problem even more pronounced. 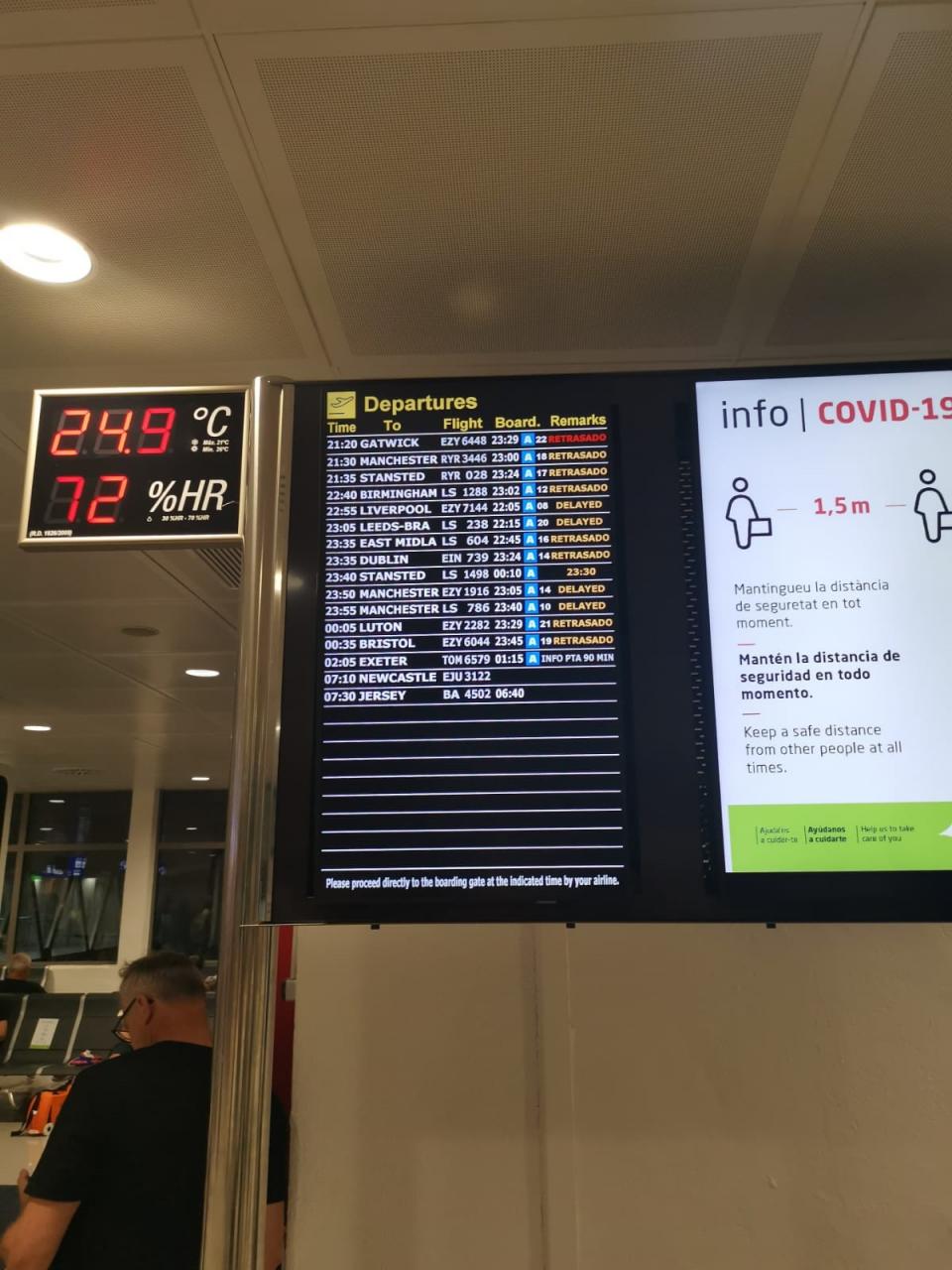 In the photograph which we publish sent to us by a reader the long queues at Palma airport are clearly visible. One of the reasons is that British tourists now have their travel documents checked on arrival which has led to long queues allegedly because of a lack of staff. Police unions have called on the government to send more officers to the airport.

In Britain, the government and the travel industry have traded verbal blows over who is to blame.

@zoltan It's hard to tell if the chaos at British airports is due to Brexit. It could be related, perhaps staffing issues as a result. Whenever resources are limited, management always becomes more difficult. Whatever the issue, it starts in the UK. The attempt to blame it all on passport control at PMI during peak times is rather expectable and ironic (must be the fault of those incompetent disorganised intransigent Europeans), but then, the delays begin at the originating airports. Why aren't European flights experiencing these delays? It appears to be solely a British thing. Brexit or not.

Morgan WilliamsThe British gutter press like nothing better than blaming all their problems on nasty foreigners which is why Brexit happened. So here we are.

Ok, I think it's clear now that this, has everything to do with poor management at UK airports, and nothing to do with Palma or Mallorca or Spain. I'm sure flights to Hamburg are also delayed. But that would be uninteresting in the context of Mallorca, even if relevant. Just look at the "proof" photo. It's an arrivals board at PMI. All are UK arrivals. All are delayed. That didn't happen in Palma. It happened at the airport where the plane was boarded. Ok, blame it on everbody else, despite all evidence to the contrary. Typical.

I have yet to meet anyone who has experienced this. And I'm meeting with people arriving every few days. It's all over the news, so somebody must be experiencing it, but I haven't met one yet. But I have almost zero contact with brits

Do the Germans have long queues arriving in Palma. Obviously they and the other 27 EU nations don't have to worry about police checks, just the normal baggage handling etc. So I suspect the main damage to tourism is actually to British tourism, ie self inflicted by Brexit, and added OK by plod who cannot get officers to come here for the summer because their accommodation is too expensive. And Stan, since 1975 I have seen countless headlines and comments - " slow death of tourism" "killers of business" etc etc and guess what - Mallorca is still here. Europeans still want to come here, and many more to live and work remotely nowadays. Don't worry, tourism is not going to die on Mallorca, maybe a few less brits and plenty more of our west european friends and ex-trading partners but thats life. Mallorca will be popular long after we are all gone.

Mallorca and its Authorities are not dealing with the Airport Chaos. It is June. Is this disgraceful mess going to continue throughout the whole Season ? What damage to Tourism is this gross incompetence going to cause.? Tourism is the lifeblood of Mallorca. The loss of Tourists will be tantamount to the slow death of the Island. The Pandemic caused many businesses to finish. How many more will cease trading this year? The Police, The Controllers of the Airport will be seen as the "KILLERS" of Tourism in Mallorca.

You don’t hear of problems from German airports, or elsewhere. Its clearly nothing to do with layoffs due to the pandemic. In Palma, it’s your usual poor organisation. Queues often formed well before the change in entry requirements. In the UK, it’s clearly the case that foreign workers just aren’t there. So much so that the boss of Jet2 has criticised the Brits for not being prepared to do the jobs on offer, “they can’t be arsed to get off their arses.” No doubt they are probably the same feckless arses who voted for Brexit!

Well you were all warned about this before the Brexit vote but rather than listen to experts, people preferred to believe liars like johnson and farage.