Santa likes a selection to choose from. Depends how many presents he's going to deliver. | Adrian Gillet

We’re in the midst of Jingle Bells time. During the past week, in the run up to the big day, I’ve been trying to hone my writing. I decided my vocabulary needs expanding. I want to move beyond MG, Jaguar and Chevrolet, I’d like to use more evocative descriptives of my subject matter. More engaging and sophisticated terminology. It’s all Noël’s fault. By a strange quirk of coincidence, I’ve been inspired by reading his only novel in the run up to Crimble. But it’s not Santa’s novel that I’m talking about, it’s Noël Coward’s ‘Pomp and Circumstance’. About life on an island. In French, as well as being a boy’s name, Noël means Christmas or Christmas Season. Thought to derive from the Old French nael, which in turn may be derived from the Latin natalis, meaning ‘birth’. 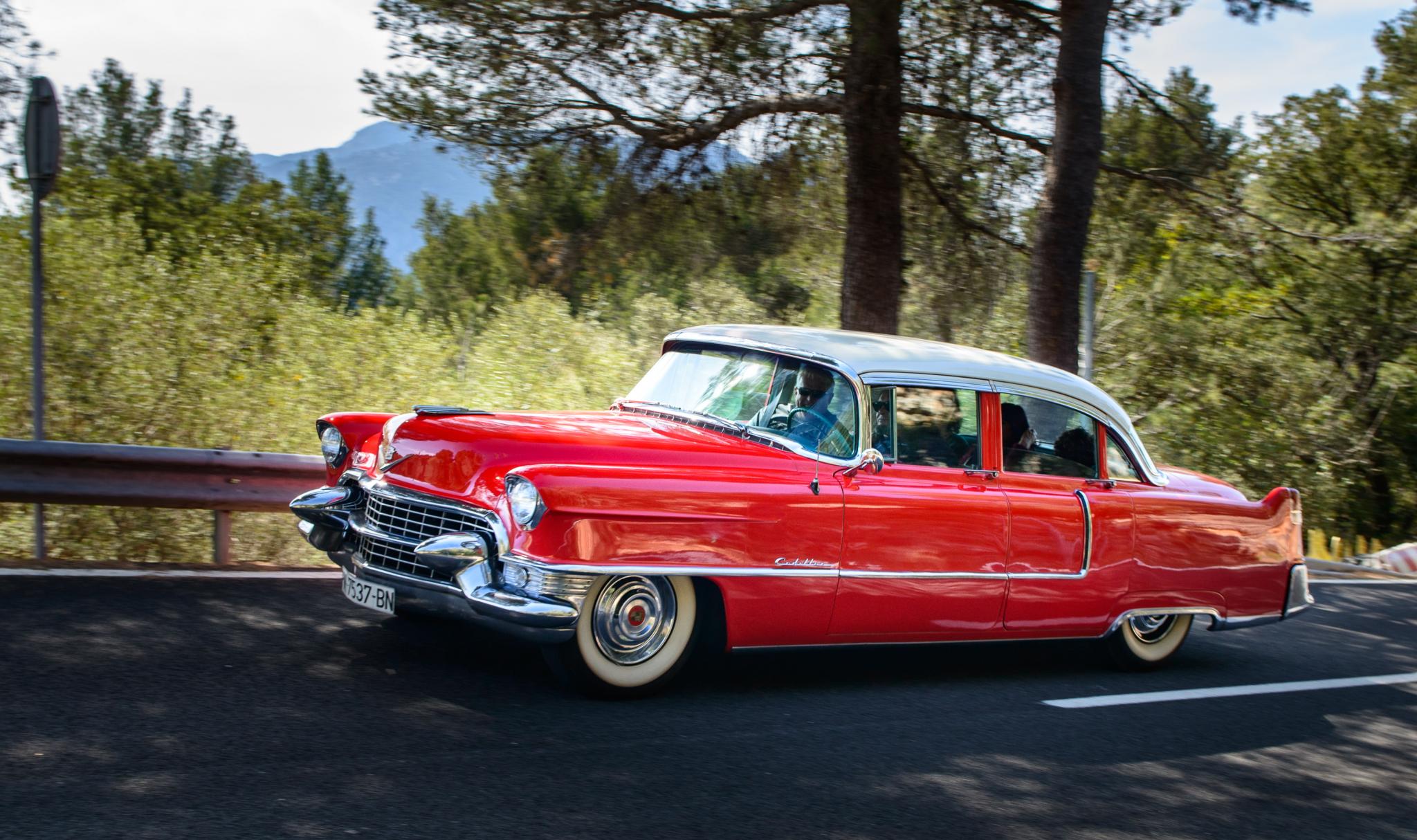 After some research it would appear Santa hasn’t written a novel. Too busy cleaning up after the Reindeer. Mind you, he’s got plenty of noms de plume to play with. There’s Father Christmas, his American/Germanic alias Santa Claus, Saint Nicholas, Saint Nick, Kris Kringle, Père Noël and many others. Originally St. Nicholas, a deified Greek Bishop from around 300AD. For centuries, presents were given on his saint’s day, 6 December which is still celebrated today. After the rise of Puritan religions this gift giving day was moved to what is thought to be Jesus’s day of birth. Add the red and white branding introduced by Coca-Cola and Bob’s your uncle. Or rather, Noël. 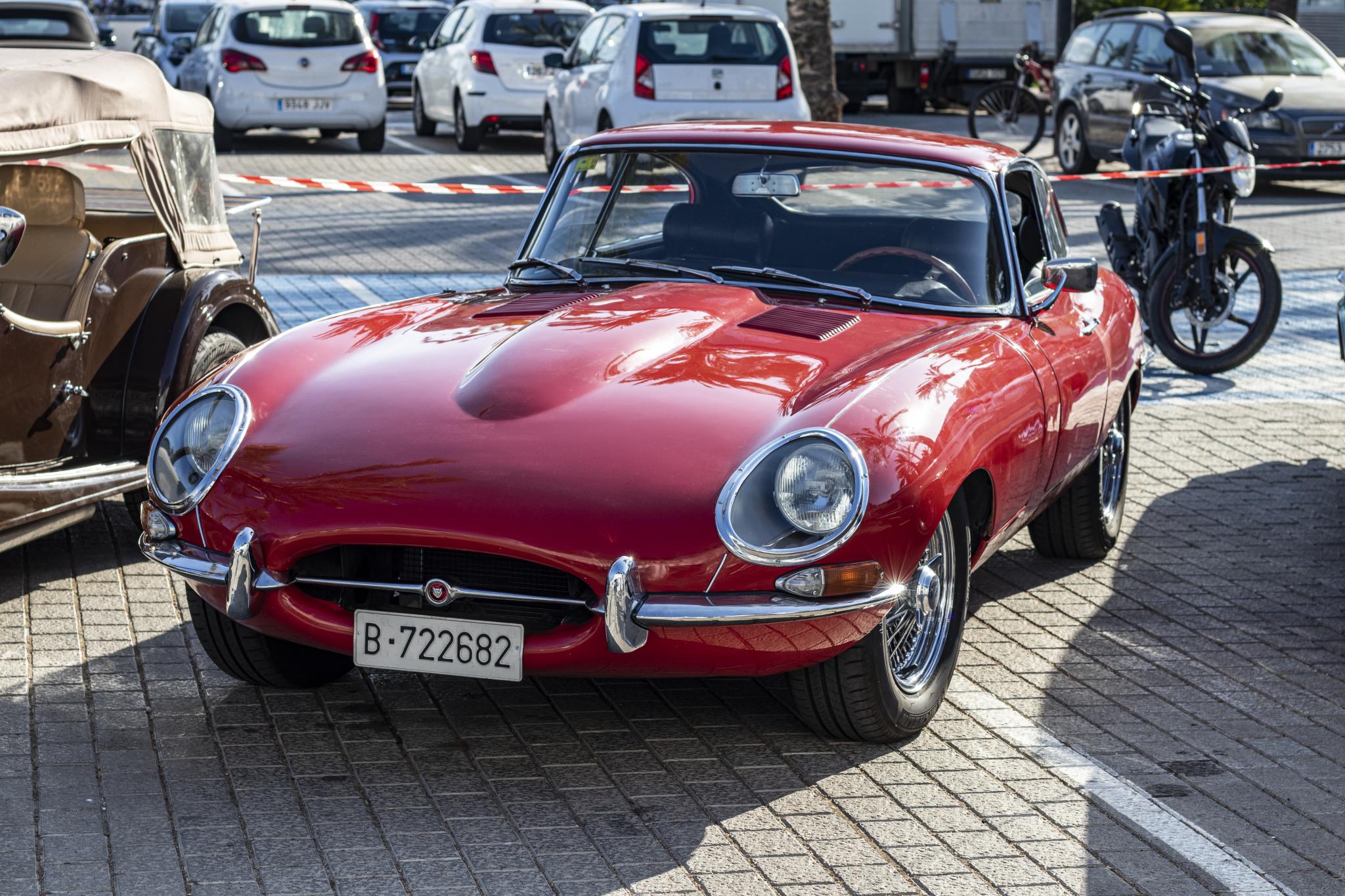 Santa is quite partial to E-Types, I've seen him in one on lots of Xmas cards. Photo: Adrian Gilet

Back to the writing, Coward’s novel is great. Engaging, amusing and beautifully written. For the first time in years I’m digesting a book on paper, primarily because it’s not available on kindle. A very nice experience, and a book I would thoroughly recommend. Tricky to get hold of, but available as a reprint online through that company named after the World’ second longest river. The longest is the Nile, incidentally. 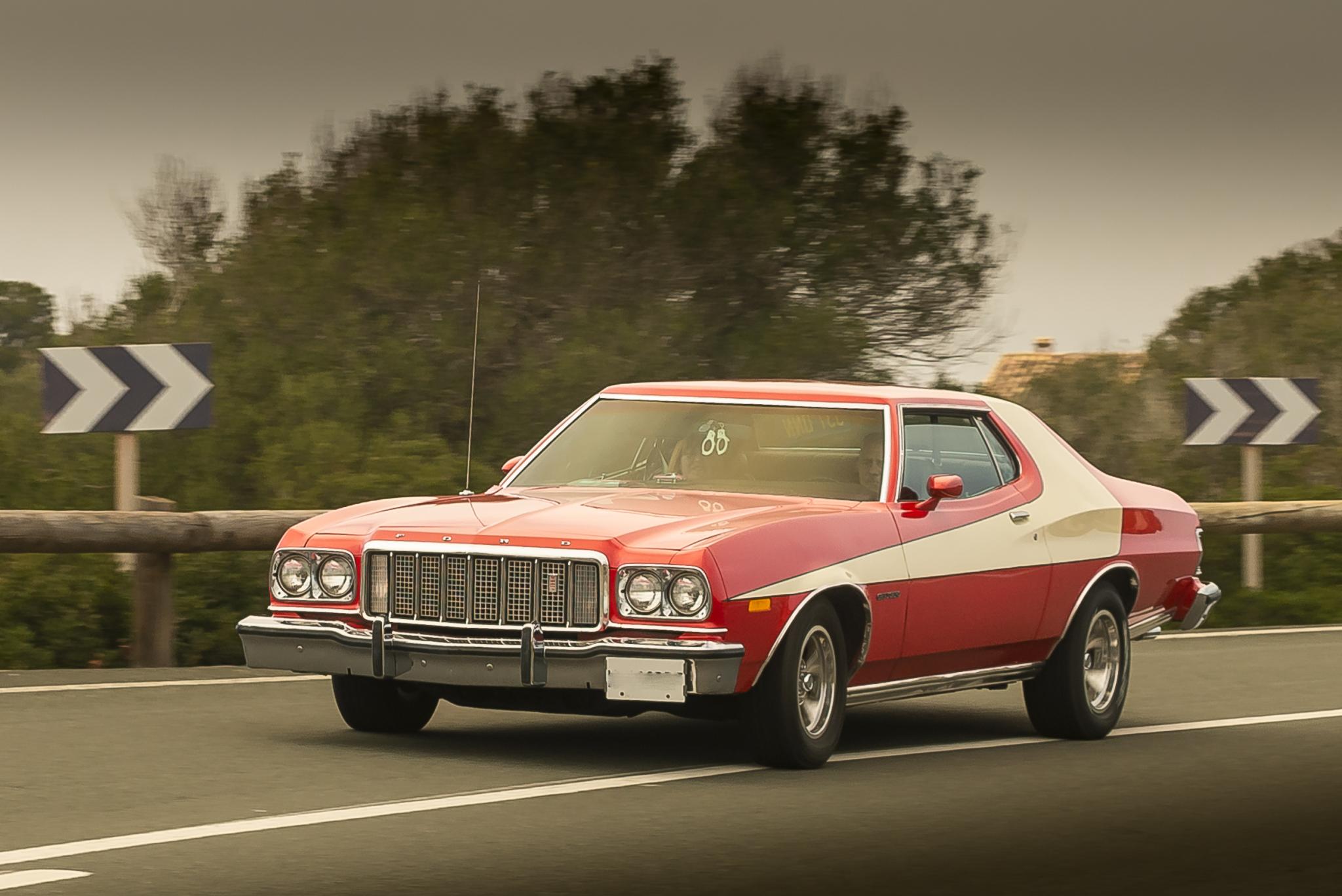 With so many presents to deliver, Starski & Hutch are sometimes roped in. Ford Torino in a hurry. Photo: Gaston Westphal

What about the cars? Here they are, themed to match Père Noël’s outfit, red with a touch of white. How about that for matching cars to the season. And they’re all Christmas Crackers which Santa would give his left Reindeer for. A few days ago our 3 dedicated lensmen, Peo, Gaston and Adrian, unpacked their Santa outfits and sledged over to the North Pole to search their archive for Santa’s rides. You can just imagine them huddled under the mistletoe over their ice encrusted laptops. Muttering in their white beards and exclaiming ‘ho, ho, ho’ every time they found a red car. And all packaged up just for you.
Merry Christmas to you all. Hope to see you again next week for the ‘best of 2019 motors’ in the Bulletin on Tuesday 31 December.