Carnival in the plaza. | Rachel Fox

Love is in the air

I am not sure if its just the Valentine Season or the fact that spring is definitely in the air but weddings are ‘it’. Anyone involved in weddings this week has been very busy. Couples and their mums checking out celebrants and venues has been my experience. Every one of them had a delightful story to tell as to why they wanted to get married in Soller or the Port. The main theme running through was that for the bride or the groom this was their holiday place when they were children. So, excited mums, reminiscing and going all tearful, as they anticipated the fact that the children are now grown up enough to get married.

In many ways this is a huge compliment to the parents who introduced their children to the bucket and spade experience all those years ago. The Puerto Soller was always a gentle children’s resort. No amusements just the beach and sea and a few desultory swings. The restaurants and the yachts have made it super cool now but that still has little bearing on the buckets and spades and swimming with Dad in the sea. So all this still co exists and that is what my wedding couples were so happy with – that fact that it is still as they remember from their school holidays.

Of course there are those who wouldn’t agree with them. The residents or swallows who note every improvement and make comments are many. For the 2020 season some of the complaints should be dying. We have had long haired umbrellas on the beach for a season and they will return this year. Many feel strongly about how hideous they are but they are countered by the argument that they own an environmentally friendly pedigree. No plastic in sight just an attachment to the pole with a key box to keep your stuff safe while you swim. ‘Too municipal’ cry some and others just say ‘thank you’.

The Bubble Park filled a space on the Repic beach for a few weeks in high season last year. You should have heard the moans about that one – it was the end of the world as we know it. In the end the swings and bouncy castles amused many and then as soon as the children went back to school it was dismantled and put away. 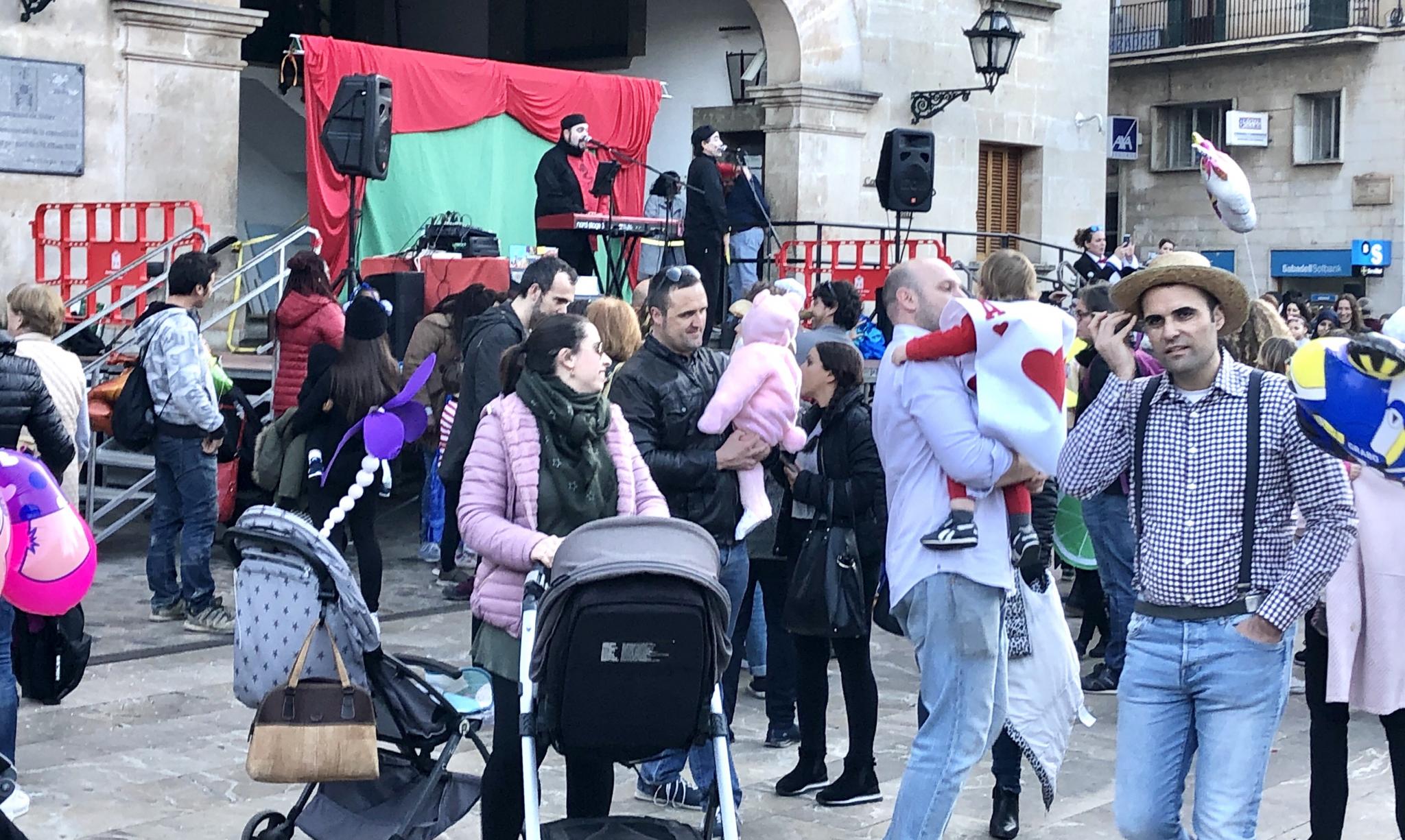 The people on the beach right now, for half term, have empty sand. No sunbeds or parasols as the season in theory hasn’t started yet. They are loving it, playing games and enjoying the vastness. We have had the odd person who has tested the sea conditions and pronounced themselves invigorated.

Sometimes when grants are handed out towns are disappointed that their applications have not found favour. The Soller valley have a number of tales like that but not so this week. A central committee in Palma were handing out grants for ecclesiastical renovation. Soller’s ‘Organ Fund’ was successful and preliminary work will start soon. The organ was damaged when roof works meant that the organ got water damaged. Early work will look at various pipes to assess the damage and then move on to repair. We have a magnificent church which would be just wonderful for organ recitals so we are hoping that music will resound again there soon.

Carnival came and went and parties happened and now we turn for a moment to Lent. For Ash Wednesday on 26th February the evening parade to the church happens. This is the first of the parades that begin the Easter countdown. Many decide to give things up for Lent but many of our community use it as a charity collection time. Sorting out clothes and household goods to donate to those working with needy people.

Before Easter actually arrives the Soller valley goes into orange mode for our Orange Festival. A celebration of two weeks’ duration including reduced price train tickets and specially priced Orange menus in participating restaurants. This a great date for the diary to come and see us in the Soller valley. The orange is emblematic here and look out for the iconic orange ‘The Canoneta’ for a true taste of the Soller Valley. Vitamin C in abundance in our world and absolutely no reason for any hotel or restaurant in this place to use orange juice out of a carton!